Helen Hunt is an American actress, scriptwriter, director, and producer. She began to conquer the world of big cinematography in 1992 when she appeared in the movie Only You. Thus, the fragile blonde, who is sometimes confused with Jodie Foster, became one of the highest-paid actresses in the 1990s.

Later on, Hunt appeared in the movie Pay It Forward with charming Kevin Spacey, the comedy What Women Want starring Mel Gibson, and Cast Away with Tom Hanks. All these projects strengthened the artist’s reputation of a skillful professional.

Helen Hunt was born on June 15, 1963, in Culver City, South-Western California. The future celebrity’s father, Gordon, was a director, and the mother, Jane Elizabeth, worked as a photographer. Helen’s grandmother, Dorothy Fries, was a voice coach; it was the grandmother who instilled the love of theater, movies, and opera in her granddaughter.

As the artist remembered, the family atmosphere was notable for the artistic anarchy. The parents never dominated over the girl and gave her the change to make her own choices. Whatever Helen chose, Gordon and Jane would support her.

The would-be artist preferred TV programs about acting to games with her peers. Helen was only six when she decided she would like to devote her life to movies.

The role in the TV series The Mary Tyler Moore Show was Hunt’s first significant achievement. Later on, casting agents who had noticed her at auditions started inviting her to various projects. Helen participated in several movies which, however, were not commercially successful; The Swiss Family Robinson was the most famous among them. Besides, the young talent participated in various series.

Helen was a remarkably intelligent and pragmatic kid. She decided she should receive a good education and only then consider her career. At school, teachers remembered her with love and warmth: the actress combined her TV occupation and studies brilliantly and always did her homework.

Hunt was an ordinary teenager: she never emphasized her supremacy and tried to postpone her job to summer vacations to keep with the rest of the class.

Although the artist’s academic achievements were impressive, she was never a good example to follow: classmates remembered that Helen and her friend scared teachers during classes and simulated animals’ voices.

After graduation from school, the young woman entered The University of California but stop attending classes two months later: she preferred the full immersion to the acting atmosphere and New York life to her studies. At that period, the actress proved to be a hard-working professional; her endeavor on the small and big screen resulted in the long-awaited success.

In 1985, the youth comedy Girls Just Want to Have Fun by Alan Metter was premiered. Helen had the chance to collaborate with Ed Lauter, Sarah Jessica Parker, Morgan Woodward, and Shannen Doherty. The next year, the actress played the daughter of Nicolas Cage’s and Kathleen Turner’s characters in the movie Peggy Sue Got Married.

The whole country was talking about the attractive blonde after the premiere of the 1992-1999 series Mad About You. This project brought Hunt four Emmy Awards, and she earned $1 million per episode in the final season.

In 1996, Helen appeared in the movie Twister. The next year, she received the lead role in James L. Brooks’s tragicomedy As Good as It Gets which brought the first Academy Award. Initially, the role of Melvin Udall was offered to John Travolta, not Jack Nicholson. In her turn, Holly Hunter was to play Carol Connelly.

2000 was marked with the triumph comeback. The actress appeared in four movies: Cast Away, What Women Want, Pay It Forward, and Dr. T & the Women.

In the rom-com What Women Want, Hunt personified an ad representative Darcy McGuire. As the story runs, the ambitious woman falls in love with the local womanizer Nick Marshall (Mel Gibson). Because the man had had an accident, he can read women’s thoughts. He is going to make his new boss resign.

In 2001, Woody Allen invited the actress to his comedy The Curse of the Jade Scorpion. It is a story about an insurance agent who is tricked by an evil illusionist. The audience fancied the project; the box office was fascinating.

2012 brought the role in Ben Lewin’s movie The Sessions. The story is based on the essay by the journalist and poet Mark O'Brien On Seeing A Sex Surrogate.

Two years later, the comedy Ride was premiered. Helen played a mother whose son quits school to develop his surfing career; the woman’s life is turning upside down and getting new colors.

Hunt has never been too open when it comes to personal questions. Although the actress tried to keep secret her relationships, sneaky journalists always succeeded in revealing the most scandalous details about the woman’s affairs.

At the movie set of the 1992 movie The Waterdance, Helen was seeing her colleague, the actor Eric Stoltz. However, the lovers broke up when the project was released.

In 1994, the artist had an affair with the TV actor Hank Azaria. In 1999, the young people married but realized soon they were not ready for the routine family life and divorced.

In 2001, the actress met the producer Matthew Carnahan. In May 2004, their daughter, Makena Lei Gordon Carnahan, was born. However, the couple did not rush to marry officially. Helen and Matthew lived happily for 16 years, but in 2017, the media reported they broke up.

As it turned out, the former lovers had been living separately for several months by that time. They had much disagreement in their relationship; in 2016, they split up but tried to restore the family for the sake of their daughter.

In March 2017, the TV series Shots Fired by Gina Prince-Bythewood, Reggie Rock Bythewood, and John David Coles was premiered. Helen personified Governor Patricia Eamons. The company announced the second season of the drama, but it was not released.

Despite her busy schedule, the famous actress remembers her fans and regularly posts photos and videos from movie sets and vacation on her Instagram and Twitter pages. 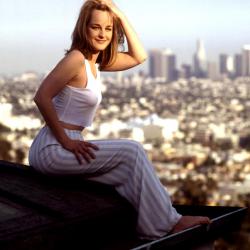