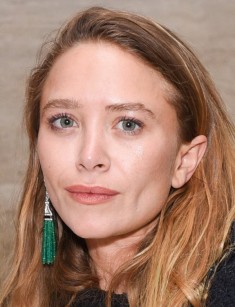 Mary-Kate Olsen is a famous American actress, producer, and fashion designer. She made her movie debut in 1987 and became known throughout the world due to teenage films, which also featured her older sister Ashley.

Mary-Kate Olsen was born on June 13, 1986, two minutes after her twin sister Ashley Olsen in the USA in Sherman Oaks, the neighborhood of the sunny city of Los Angeles, the center of the world film industry. The sisters have Scandinavian and British ancestry.

Mary-Kate grew up in the average family, her father David worked as a real estate developer and mortgage banker, and mother Jarnette Fuller worked as a manager, although she was a former ballerina and delighted the audience, wearing a tutu and ballet shoes. There is no information about the reason Jarnette gave up the career of a dancer.

In addition to Mary-Kate and Ashley, there was also an older brother, Trent, and one more girl, Elizabeth, in the large family. It should be mentioned that Jarnette and David’s youngest daughter has also connected her biography with the world of cinema. The blue-eyed blonde played in the films Red Lights (2011), Oldboy (2013), Godzilla (2014), Avengers: Age of Ultron (2016) and other notable works. But Trent's acting career was not successful, by 2017 the 33-year-old young man had played in three short films.

Unfortunately or fortunately, in 1996, when the Olsen twins were ten years old, the parents decided to live separately and filed for divorce. According to rumors, David had another family, making a marriage proposal to actress Martha Mackenzie. Mary-Kate attended the Campbell Hall School in Los Angeles.

We can say that the parents influenced the development of the girls’ acting career. When Mary-Kate and Ashley were 9 months old, they started filming in the sitcom Full House, which aired on ABC from 1987 to 1995 in prime time. The series tells about the widowed father, Danny Tanner (Bob Saget). This young man has to raise three children on his own after the death of his wife.

The sisters performed the role of the same heroine, Michelle Elizabeth Tanner, because there was the law in America, according to which small children should participate in the shooting for a certain number of hours. Thus, the cunning creators of Full House could work more hours. But the producers liked Mary-Kate and gave her more screen time.

Fans of the series almost did not notice the tricky part, because the girls looked exactly alike, but if you look closely, you can see that Ashley is writing with her right hand, and Mary-Kate is doing it with the left hand. Initially, the actresses were mentioned in the credits as Mary-Kate Ashley Olsen, but later this mistake was fixed.

After the sisters’ success in Full House, directors often invited the girls to play in youth films. Later, they were swamped with proposals. The sisters became the heroines of such movies as To Grandmother's House We Go (1992), Double, Double, Toil and Trouble (1993), The Little Rascals (1994), It Takes Two (1995), Billboard Dad (1998), The Challenge (2003), etc.

Thanks to these films, the sisters became very popular with teenagers, the Olsen brand began to produce cosmetics, costume jewelry, clothes, and the young blondes appeared in all celebrity magazines. Moreover, Mattel started selling a line of Mary-Kate and Ashley dolls. In 2001, the sisters tried their hand at new line and became the heroines of the animated series Mary-Kate and Ashley in Action!

It is known that each sister wanted to create an independent image in the public eye. The girls insisted that people should mention their names instead of the Olsen twins. The sisters starred in their last joint film in 2004. It was the movie New York Minute, which tells about one day in the life of the 17-year-old girls. It is noteworthy that the sisters were nominated for The Golden Raspberry Award for this film.

Mary-Kate began her solo career in 2006. She starred in a biographical drama Factory Girl, which tells about the ups and downs of an American artist. Guy Pearce, Sienna Miller, Hayden Christensen, Jimmy Fallon and other Hollywood stars also played in this film. It is worth saying that an episode with Olsen was cut from the film, but the full-length version was released on DVD.

Besides, the girl periodically appeared in the series Weeds and played in the film The Wackness (2008). The partner on the set, Ben Kingsley, praised Mary-Kate for her acting.

In 2011, Olsen’s filmography included the latest movie. It was the documentary Scatter My Ashes at Bergdorf's, a modern interpretation of the work Beauty and the Beast by Charles Perrault. Mary-Kate got the role of the powerful witch, Kendra Hilferty, in this film.

When Mary-Kate Olsen turned 18, she became co-owner of Dualstar Entertainment Group, a company created to promote Mary-Kate and Ashley-branded products. After the young women got a share in the company, they began to focus on the teenage market. They produced cosmetics, clothes, decor and perfume products. Thanks to this business, Mary-Kate, and Ashley attracted the attention of Forbes magazine, which included them in The Celebrity 100 list (2002).

The famous young women released their clothing line The Row, and Mary-Kate became the creative director for Superga. In 2012, the Olsen twins became owners of the shoe shop in New York, and a year later they developed their own Nirvana White and Nirvana Black perfumes.

Although Mary-Kate’s design efforts have enjoyed popularity, the twins’ branded items became the reason for the negative reaction of PETA, animal welfare organization. According to animal rights activists, the actresses promote the use of natural fur for clothing.

In 2004, the slim girl (the actress’s height is 157 cm, the weight is 49 kg) underwent treatment for eating disorders, anorexia nervosa, and three years later Olsen went to the hospital due to kidney failure. In 2014, Mary-Kate had a plastic surgery, which, according to some fans, only spoiled the actress’s appearance. Many people think that she has begun to look at least 5-10 years older.

According to rumors, she had lips augmentation, changed the face shape and underwent rhinoplasty. However, some experts believe that Olsen did not have any surgery, and all changes are the result of injection techniques and significant weight loss.

As for the romantic relationship, the younger sister’s first boyfriend was Max Winkler, a son of the famous actor, Henry Winkler. The lovers dated from 2002 to 2004. Mary-Kate’s next boyfriend was Ali Fatourechi, and in 2005 the girl began dating the grandson of the Greek tycoon, Stavros Niarchos III. But Stavros broke up with her to date the hot blonde, Paris Hilton.

Olsen also had love affairs with Maxwell Snow and Nate Lowman, but these relationships were doomed to fail. In 2015 Mary-Kate celebrated a wedding with Olivier Sarkozy (a brother of Nicolas Sarkozy).

Mary-Kate Olsen continues to devote her time entirely to business. It is known that in 2017 the sisters presented new Elizabeth and James fragrances - Nirvana Amethyst and French Gray.

Since the woman does not have her own Instagram page, fans have to satisfy with photos on various fan pages. 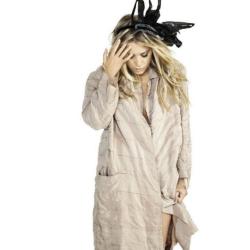