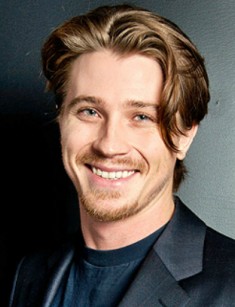 Handsome Garrett Hedlund is well-known in Hollywood for his thorough approach to work and an incredible flair for successful projects. Most of the films with the actor has become huge box office successes. His shooting is scheduled for some years to come.

Garrett was born in Minnesota on September 3, 1984, in the family of Swedish immigrants who moved to America to farm. Besides the younger child, two other children, Nathaniel and Amanda, grew up in the family.

Carefree childhood on the farm ended when Garrett was 14, and his parents divorced. The son stayed with his mother. He and Kristine Hedlund moved to Scottsdale, Arizona.

Realizing the possibilities of a large city, the active teenager started self-development. Garrett was carried away by football, enrolled in an acting school and began to participate in wrestling competitions among schoolchildren. By this time, the height of the young man was 1,89 m, so it was easy for a beginner to defeat his opponents of the same age.

Quite quickly, representatives of modeling agencies noticed the attractive young man. He signed a contract with the local representative office, and during the senior classes, he often appeared on the pages of youth magazines.

Despite the successfully developing career of a model and remarkable successes on the football field, Garrett decided to connect his life with acting. After graduation, the young man moved to Los Angeles.

A month later, Hedlund got a job in an unfamiliar city. The young man was successfully cast in the role of Patroclus in the epic period war film Troy. A bit part was an excellent start for the novice actor.

2004 was a very productive year for Garrett. Soon after Troy, the young man got roles in the films Friday Night Lights and Four Brothers. Critics gave positive reviews, and the audience liked these films.

In 2007, the lucky actor was wrong in his choice. The young man agreed to take part in the film Georgia Rule. Garrett played an innocent young man, who planned to devote his life to serving God, but he came across a strange hooligan. The presence in the cast of Jane Fonda could not boost the melodrama’s rating.

Hedlund got a prominent role in 2010. The young man was invited to play in the movie Tron: Legacy, a sequel to the film Tron of 1982. The actor appeared on the screen in the image of the protagonist’s son, obsessed with the idea of finding the missing father. A year after the premiere of the action film, Garrett began to prepare for the shooting of the sequel, but soon they unexpectedly stopped filming. Later, the actor told in an interview that the studio suspended the filming because of the fear that the fantasy genre was no longer attractive to the public.

In 2012, Garrett drew attention to independent films. The first film in the new category was On the Road, where Hedlund was a leading actor. The film was nominated for the Palme d'Or for the Best Director.

In 2014, the successful actor attracted Angelina Jolie’s attention. The beginning director invited Garrett to a secondary role in the movie Unbroken. According to Gossip Magazine, for the sake of participating in an exciting project, the actor refused the opportunity to play Christian Gray in Fifty Shades of Grey. Initially, Hedlund was cast in the leading role, but then he turned down the role.

In 2015, one more film with Hedlund appeared on the screen. Director Joe Wright presented his screen version of the adventures of Peter Pan. The film was titled, Pan. Garrett got the role of Captain Hook. According to the story, Hedlund's hero is not a villain, but a positive character.

At the same time, the man worked as a model. The perfume house Yves Saint Laurent chose the actor as the face of the fragrance La Nuit de l'Homme.

In 2017, Garrett played a secondary but bright role of a former military man who had post-traumatic stress disorder in the movie Mudbound, based on the book by Hillary Jordan. The cast won the Gotham Independent Film, Hollywood Film and Independent Spirit Awards.

In 2012, Garrett met the Hollywood star, Kirsten Dunst, on the set of the film On the Road. At first young people had only friendly relations, which gradually developed into mutual sympathy.

To surprise the girl, Garrett suggested Kirsten canoeing on the first date. The date took place at 3 o'clock in the morning. Soon, the canoe capsized, and the actors had to swim to the shore. Despite the initial failure, the lovers soon began to live together.

Three years later, they became engaged. The young people announced an important decision at the party with 50 people. They planned to marry in 2016. But shortly before the scheduled date, the couple broke up. The reasons are unknown. Despite the publicity, Garrett and Kirsten preferred not to tell about their relations.

The man was not depressed for a long time. A couple of months after the break, the paparazzi took pictures of Hedlund together with Diane Kruger. As well as Garrett, the actress recently broke up with her boyfriend. Young people walked through the streets of New York City and had lunch in the Terrace Café. It seems that the first date was the last one because journalists have not seen the actors together since then.

In January 2018, the series Mosaic premiered on the HBO channel. Steven Soderbergh's project has an unusual format. The detective film was released in two forms: as an interactive application (the viewer chooses the main hero), and the standard television version. Garrett played a young artist who was involved in the murder of a famous writer by accident.

Another premiere will be the film Burden, where the actor will play the leading role. The movie brings up an issue of racism and tells the story of an orphan from the Ku Klux Klan who decided to leave the organization because of his lover.

In March 2018 Radar Online magazine wrote about Hedlund’s love affair with Angelina Jolie. According to the magazine, the actors became friends during the filming of Unbroken and then began to flirt and plan the first date. However, there was no any evidence of the romantic relations.

In May, Netflix started the shooting of the movie Triple Frontier. The film is scheduled to premiere in 2019. The action movie tells about a group of men working along the junction of Paraguay, Argentina, and Brazil, which is one of the most criminal areas. Ben Affleck, Oscar Isaac, and Charlie Hunnam also play in the film. 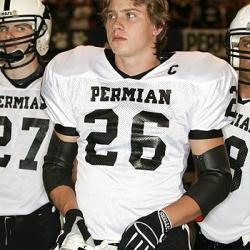