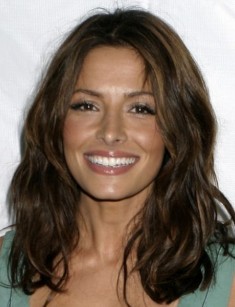 Sarah Shahi is the talented American actress who immediately draws attention when she appears on the screen. At first, people are captured by her exotic beauty and then appreciate her emotional acting that makes them believe in a story. Sarah is one of those happy women who successfully balance career and family.

The would-be actress was born on January 10, 1980, in Texas. Her father had Iranian roots: one of his ancestors was the Shah of Persia. Sarah’s mother came from Spain. Due to this mixture of peoples, the actress is notable for the bright beauty.

The girl’s upbringing was contrasting as well: while the father insisted the parents keep a tight hand over the daughter and instill Muslim values, the mother believed it was necessary to foster American values, develop the child in general, and provide her with a proper education.

From ten, Sarah began to participate in beauty pageants and castings. The father did not like that; the parents divorced, and the girl stayed with the mother. Later, the actress confessed she was not upset because of her parent’s breakup.

According to Sarah, her father was a cruel person who liked to command and make decisions for other people. As a result, Sarah’s mother could not stand it and decided to split up.

At 17, Sarah won the Miss Fort Worth pageant. Two years later, she entered the college where she studied opera singing. At that period, Sarah joined the Dallas Cowboys Cheerleaders and started doing karate. Shahi was also good in vocal; as a college student, she learned how to play the piano and the guitar.

It was the team of cheerleaders that helped Sarah enter the world of cinematography. The director Robert Altman noticed the young woman’s performance during a match. At that time, Altman was working on the movie Dr. T & the Women and offered Shahi a role in an episode. The young woman gladly accepted the offer, and her movie career began to develop.

The first role did not bring her the fame but gave the necessary experience of working in front of a camera. Besides, other directors noticed the beginning actress. Gradually, Sarah’s filmography was extending with episodic roles and more substantial projects. For instance, the series She Spies was one of the memorable series of that period.

In 2005, Sarah was invited to The L Word whose characters were gay women. Shahi played the DJ girl. She did not extend the contract until the end of the series and left after two seasons; she also appeared in the last episode as a guest star. Katherine Moennig, Sahar Shahi in the series Supernatural, Erin Daniels became Shahi’s stage partners.

In 2005, Shahi also took part in the pilot of Supernatural and the movie A Lot like Love by Nigel Cole.

Two years later, the movie Rush Hour 3 came out; Sahar Shahi took the role of Zoe. When the movie was produced, the actress had the opportunity to show her karate skills. Jackie Chan, Chris Tucker, and Max von Sydow collaborated with Sarah in this project.

Besides, in 2007, the actress joined the iconic series The Sopranos, even though it was only an episode.

In 2011, Sarah Shahi got the desired role of a lawyer in the series Fairly Legal. Although only two seasons were released, the audience liked Sarah’s character, and the actress had more new fans. Michael Trucco, Virginia Williams, and Ethan Embry starred in the series.

The detective drama Person of Interest was another series that Sarah Shahi’s fans appreciated. The actress appeared only at the end of the second season, but her character became significant later. Amy Acker, James Caviezel, and Michael Emerson were Shahi’s stage partners.

2013 was marked with the movie Bullet to the Head. Lovers of classic action movies welcomed this project. Shahi played Lisa, the daughter of the main character (Sylvester Stallone).

Besides, Jason Momoa (who later played Khal Drogo in Game of Thrones), Christian Slater, and Weronika Rosati took part in the project.

Together with movies, Sarah also collaborated with glossy magazines. For instance, Maxim published her photos several times as well as Men’s Fitness, Curve, and so on. The actress’s perfect body shape provoked speculations about the surgery that Sarah had allegedly had; the woman did not comment on those rumors.

Sarah Shahi is happy in her family. The handsome actor Steve Howey became her husband. Perhaps, it was the same profession that joined the lovers. Their relationship lasted for six years; only in 2009, Sarah accepted Steve’s proposal.

The same year, the woman’s first son William Wolf Howey was born. In 2015, the news came out: Sarah Shahi was pregnant again. Soon, the new babies were born: the daughter Violet Moon and son Knox Blue.

Today, Sahar Shahi is working on a new project. In 2018, the series Reverie set in the nearest future came out. It is the fantasy thriller where the actress took the lead part; many fans are looking forward to the second season. 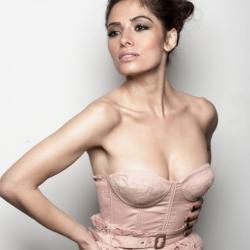