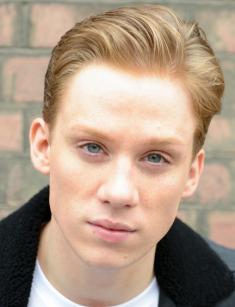 The romance of the life of criminal clans attracted directors from the time of The Godfather and Once Upon a Time in America. The interest of the modern cinematographic audience in the biography and intricacies of friendship and enmity of gang members remained as strong as a couple of decades ago.

Therefore, millions of fans are watching the television series Peaky Blinders with fascination, and the characters and actors who portrayed them, are famous around the whole world. One of them is Joe Cole.

The future actor was born in the southern district of the capital of England, in Kingston, on 28 November, in 1988. Joe is the oldest of five sons of the Cole couple. In an interview, the TV shows star recalled how noisy it always was in the house. His mother babysat other children, in addition to her own, and so, the boy didn't ever have to deal with the problem of overcaring parents.

He grew up in a mostly working-class environment. As Cole joked, there were plenty of plumbers among his acquaintances, and there were no actors.

Nevertheless, Joe Cole fell in love with movies and TV shows, as well as the theater in his school years, when the teacher of theater classes was able to instill in him an interest and passion for the stage. Cole got the highest grade on the subject. However, his grades weren't good enough for enrollment at the University. Since childhood, the boy, like many of his peers, was assured that only by entering the University, one could achieve something in life. However, Cole chose his own path.

However, there was an uncertain and unsuccessful time in Joe Coles' biography, when he was selling coffee and carpets, and then got into trouble and was arrested.

The National Youth Theater, where he enrolled at the age of nineteen, saved the young man.

During his studies, Cole met writer and director Rikki Beadle-Blair, who advised the aspiring actor to make friends and acquaintances from the world of theater and cinema, to get a chance to get on the stage and the big screen.

Since Beadle-Blair was the only one he knew, Joe began to write him e-mails asking for a chance. In the end, according to the actor, the director took pity on him and invited him to the evening show in the West End, just for one role.

Joe Cole, the actor with many talents, in an interview, recalled that he had called as many agents as possible. The efforts of the aspiring actor finally led to success, he found his own agent, and a little later got a cameo role in one of the episodes of Midsomer Murders. Then followed new parts in a couple of series, after which the guy was cast in the final seasons of Skins.

The story of these teenagers, which began with the characters of Hannah Murray and Joseph Dempsie, was well known to Joe. Watching the story on TV, Joe Cole, by his own admission, empathized with soul injury of the main characters, felt close to the teenagers and understood their behavior.

After participating in the filming of the cult television series, Cole felt the first waves of popularity. For a couple of years, the actor starred in several television shows, and then two full-length films Offender and Now Is Good, released in 2012, were added to the young man's filmography.

Joe Cole gained truly insane fame after the release of the television series about the life of the Shelby family Peaky Blinders. The plot tells the story of a gang fighting for power on the streets of Birmingham in the 20s. The gangsters were dubbed Peaky Blinders for the sharp blades sewn into the visors of caps which they used for defense. Joe got the role of the youngest offspring of the dangerous family. His older brothers in the crime drama were Cillian Murphy and Paul Anderson. Joe's younger brother, Finn Cole, also featured in the television series.

The star of Peaky Blinders told reporters that he received the role after the several auditions. And he didn't sincerely hope to be cast and couldn't believe his ears when he heard his agent say that the crime drama creators were ready for their joint work.

Having become really famous, having found a crowd of fans, acting in the next season non-stop, the actor managed to work in other projects, including the big screen.

Among others was the mystery drama film The Falling, which was released in 2014. While working on the set, Joe Cole became Maisie Williams' partner in the first nude scene in the career of this star of the series Game of Thrones.

In 2015, the young man was lucky to be on the set of the American psychological thriller film Secret in Their Eyes with such established movie stars as Nicole Kidman, Julia Roberts, and Dean Norris.

The actor had a chance to become a member of the cast of the recognized as one of the best horror-thriller films, Green Room, filmed in 2015 by Jeremy Saulnier.

Details of the actor's personal life are hidden from fans and the paparazzi. It is known that the movie star is not married, and in the media, there are no hints that Joe is going to tie the knot in the near future. Work and career remain in the first place for the young man.

Joe Cole's Instagram account does not shed light on the mystery of whether his heart is free or not. On social media, there are images of Joe Cole from the filming, posters, and announcements of new movies, posts with friends and colleagues, but Joe is never seen in the company of a girl who can be called his significant other.

Meanwhile, the Englishman, according to the viewers, has an attractive appearance. It is not surprising that millions of fangirls closely watch the tall, handsome actor (Joe Cole's height is 5 feet 83 inches).

In life, Joe Cole loves to play soccer; he is left-handed, he often wears glasses, and remains open and good-natured, despite popularity that covered him so rapidly.

The work of the cast, including Joe Cole, and the filming crew on the high-rated Peaky Blinders was on until season 4 was over. The Shelby family continued to delight fans with new life stories until the end of 2017. It was that year when BBC Two channel had canceled the drama.

Joe Cole has a net worth of $ 2.5 million. In 2017, Joe starred in an episode of no less famous and beloved by fans science fiction anthology television series, Black Mirror. Each episode is a separate story, which is not connected in plot and characters with others.

Truly significant for the actor's career was his work on the drama film A Prayer Before Dawn, based on real events and the life of Billy Moore, whose role was played by Joe Cole. A young British man, addicted to heroin, gets into a Thai prison, where he has to survive. For him, the only means of salvation is Muay Thai.

The film received positive reviews from critics and experts at the Cannes film festival, and according to their opinion, the acting of the protagonist reached a new level. Joe showed that he was able to display on the screen a lot more than John Shelby of Peaky Blinders.