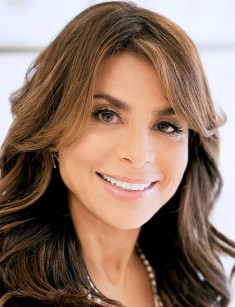 Paula Abdul is an American dancer, choreographer, singer, actress and TV host, Grammy Award Winner, MTV Video Music Award Nominee. She received the Primetime Emmy Award for Outstanding Choreography twice for her work on The Tracey Ullman Show and her own performance at the American Music Awards in 1990. Abdul received a star on the Hollywood Walk of Fame and was the first to win the Nickelodeon Kids’ Choice Awards.

Paula Julie Abdul was born in San Fernando, California, on June 19, 1962. Her father, Harry Abdul, was born into the Jewish community in Aleppo and grew up in Brazil. In his youth, he immigrated to the United States, where he first sold livestock, then became the owner of a sand and gravel company.

Her mother, concert pianist Lorraine M. Rykiss, was born in Canada and has Russian and Ukrainian ancestry. She worked as an assistant director and screenwriter of Billy Wilder, known for the films Some Like It Hot and Irma la Douce. The family broke up when the future star was small, and the mother raised Paula and her older sister Wendy alone.

From an early age, the girl loved to dance. She began to attend ballet, tap dance and jazz classes because she was inspired by the performances of Gene Kelly in the musical Singin' In The Rain. She attended Van Nuys High School. The girl was an excellent student and a cheerleader.

At the age of 15, Abdul received a scholarship to a dance camp near Palm Springs, and in 1978 she played in the low-budget independent musical film Junior High School.

After graduating from school, Paula studied radio broadcasting at California State University. During her freshman year, she was selected for the cheerleading squad of the Los Angeles Lakers NBA basketball team. During the year she became a head choreographer.

Abdul made it in show business after members of the famous band The Jacksons saw her performance at a basketball game. It was a turning point in her biography. The young woman was signed to do the choreography for the video to their single "Torture." Paula worried a lot, showing the Jackson brothers how to move. The success of the choreography in the video led to Paula’s career development. She began to work further with musicians and actors.

Soon, Paula decided to step out of the shade of the stars and began a singing career. It turned out that Abdul, an experienced dancer, and choreographer, was an untrained singer. The girl had to work a lot with teachers to develop a vocal ability, with her vocal range defined as a mezzo-soprano.

In 1987, Paula used her savings to make a singing demo, which the founder of Virgin Records liked. Abdul signed a contract with the studio and recorded the album Forever Your Girl, released in 1988.

It was one of the most successful debut albums of the late 1980s. It topped the American singles charts, spent ten weeks at number one on the Billboard 200 chart, the album set a record for the most singles from a debut album to reach number one, was certified platinum in the USA.

At the 32nd Grammy Awards, Abdul won her first Grammy for Best Music Video for "Opposites Attract," where beautiful dark-skinned Paula danced in the streets and rooftops of the city alongside an animated cat.

One more hit song of the debut album was "Straight Up." It became famous thanks to a black and white music video, shot by David Fincher and directed by the singer. The video received 4 MTV Video Music Awards: Best Female Video, Best Editing in a Video, Best Choreography in a Video and Best Dance Video.

In 1991, Yvette Marine, a backing singer of Forever Your Girl, filed a lawsuit against Abdul and the Virgin label, alleging that it was her vocals that were used on the album. A jury sided with Abdul and the label and two years rejected Marine's claim.

In 1991, Paula Abdul’s second studio album Spellbound was released. It repeated the success of the previous one and sold 7 million copies worldwide. The album retained the dance-pop sound and introduced elements of R&B. The song "Rush Rush," featuring Keanu Reeves in its music video, became the first single in the album. After the release of the disc, the singer went on Under My Spell tour around the United States, Canada, and Asian countries.

The same year, Paula appeared in a famous Diet Coke commercial, where she danced with a digital image of her idol, Gene Kelly. The singer received a star on the Hollywood Walk of Fame in December 1991.

In 1995, after a break, Abdul recorded the third studio album Head over Heels, which reached number 18 on the Billboard 200 in the United States, and later became the best-selling release. Paula performed with singer Ofra Haza the main single of the record "My Love Is for Real." In 1995, Abdul released a dance workout video in hip-hop style entitled "Paula Abdul's Get Up and Dance!".

Two years later, Paula co-wrote a song called "Spinning Around" with record producer and composer Kara DioGuardi, which was intended to be her single from a new album. Abdul did not release the disc for personal reasons, and Kylie Minogue recorded the song.

In 1997-1999, Abdul appeared in the ABC television film Touched By Evil as a businesswoman who found out that her boyfriend was a serial rapist. At the same time, she released Cardio Dance, a second workout video, and served as a choreographer for several film and theatre productions, including the musical Reefer Madness (1998) and the film American Beauty (1999).

In 2000, Virgin Records released the first of two compilations by the singer entitled Paula Abdul: Greatest Hits, the second one was called Greatest Hits: Straight Up! (2007). In 2002, Paula Abdul continued her career on television. She became a judge and mentor in the favorite show American Idol, then a reporter of the program Entertainment Tonight.

In 2007, the personal life of the singer and TV host was shown in the reality show Hey Paula. The star’s behavior in some episodes was criticized by critics and audience, so, the project was canceled after the first season.

In 2008, after a 13-year hiatus, Abdul released the single "Dance Like There's No Tomorrow", which became the first track of the album Randy Jackson's Music Club Vol. 1. Fans hoped that the singer began work on a new disc, but it was not true. One year later, the pop star of the 1990s recorded the latest song to date "I'm Just Here for the Music," which she presented on the radio and in the project American Idol.

Since 2010, Paula has served as a judge in various television projects: Live to Dance, The X Factor, Dancing with the Stars, So You Think You Can Dance and others. She starred in television series as a guest star.

On August 6, 2016, Paula Abdul performed a full headline set for the first time in 26 years at the Mixtape Festival in Pennsylvania. A year earlier, the American band New Kids on the Block had announced a joint tour with the pop star of the 1990s and Boyz II Men.

Paula Abdul has had a lot of boyfriends in life. At the beginning of her career, she dated American comedian, Arsenio Hall; then her boyfriend was John Stamos, the star of the television series ER. In 1991, the singer met actor Emilio Estevez. On April 29, 1992, the young people got married and lived together for two years.

Their divorce coincided with other troubles in Paula's life, and the main one was a health problem. Since childhood, Abdul suffered from an eating disorder, which intensified when she became a pop star. She had to seek medical treatment of bulimia.

In 1996 the singer met her second husband, designer Brad Beckerman. The wedding took place in Bristol, Connecticut. The couple divorced on March 10, 1998, after 17 months of marriage, citing irreconcilable differences. Paula did not have children in both marriages.

In April 2005 Abdul told that she suffered from the neurological disorder, reflex sympathetic dystrophy, which causes chronic pain. This disease is also known as Leriche's disease (Complex Regional Pain Syndrome).

Paula has suffered from male violence. In April 2006, Abdul filed a report at a Hollywood police station, claiming that she had been a victim of battery at a private party. An unknown man grabbed her by the arm and threw her against a wall. According to the singer, she had sustained a concussion and spinal injuries.

In 2011, on Valentine's day, Paula quarreled with her lover in the estate in Santa Barbara. The singer called the rescue service, as the man locked her in the house and threatened to kill her in case she reported to the police.

One more commotion was the suicide of a candidate at the show American Idol. In November 2008 a 30-year-old woman named Paula Goodspeed was found dead in her car outside of Abdul's Los Angeles home, surrounded by photos and CDs of the star. After that incident the singer could not live at home for a long time, she visited friends or stayed at a hotel.

The celebrity has not forgotten about her personal life, in 2008-2010, she dated the British TV host, Simon Cowell, but they did not marry. Paula believes that marriage is not her thing. The main thing in life is “to find a friend and be emotionally close to him,” love and respect that do not depend on “a scrap of paper where it is written that someone is your husband.”

In July 2018, Abdul announced that she would embark on a solo headlining tour across North America as part of the celebration of the 30th anniversary of her debut studio album Forever Your Girl. Now the singer performs the program entitled "Straight Up Paula."

On October 20, 2018, Paula tumbled off the stage during the performance of the hit “The Promise of a New Day” at a concert in Biloxi, Mississippi. The singer did not get injured and found the strength to continue the performance. 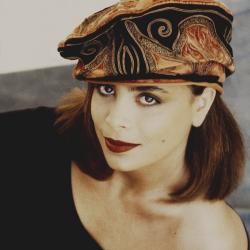