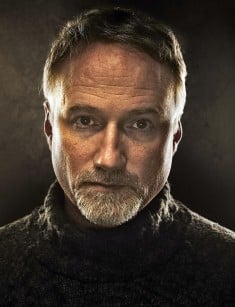 David Fincher is a famous American movie director, the author of the well-known movies The Social Network, Fight Club, The Curious Case of Benjamin Button, The Girl with the Dragon Tattoo and also the famous series House of Cards and Mindhunter. Moreover, Fincher proved himself as a talented director of song videos who has worked with pop and rock stars.

David Fincher was born in the town of Denver situated in the center of the USA – in the State of Colorado. But quite in a short time, the parents moved together with their son to California where David’s father, the reporter and the journalist Howard Kelly Fincher, received a more highly paid job. The boy’s mother, Claire Mae Boettcher, was considered to be a high-class nurse that’s why for her it wasn’t important where to live and work: the woman was demanded everywhere.

David was seven years old when the boy became sure in his desire to connect his life with cinematography. The matter is that the child was watching the well-known western Butch Cassidy and The Sundance Kid and he began to have a desire to become the director. A year later Fincher was confidently using his movie camera and shot his own short-length movies of course of the children’s level.

Fincher hasn't received any special education. Right after the studies at school the young man got a job as a handyman on the movie studio and was observing who was going the process of the movies' creation. The second part of the epic film Star Wars under the title The Empire Strikes Back has impressed the young man so much that Fincher took all possible efforts and got to the special effects company created by George Lucas. By the way, David is the author of special effects in the popular movies Indiana Jones and the Temple of Doom, The Neverending Story and Star Wars: Episode VI - Return of the Jedi.

Later the 22-year-old Fincher received the offer to become a director, however, a director of the commercials. David Fincher didn’t refuse and managed to turn the shootings of the commercials into the real art. Fincher’s social video on the request of the American oncological society in which he showed how the baby was smoking in the mother's womb became sensational. Until the middle of the eighties, similar special effects were on the verge of the fantasy. Moreover, the director created interesting and effective videos for such brands as Coca-Cola, Pepsi, Nike and Levi's.

Also, the director has created some music videos. Fincher shot the videos for the world-class stars like George Michael, Aerosmith band, Michael Jackson, Sting, Justin Timberlake, and many others. David Fincher has achieved the greatest success in the cooperation with Madonna.

Together with this extravagant singer, they have shot many videos which can be called the mini-movies: "Bad Girl," "Oh, Father," "Vogue." The last one appeared in all nine nominations at MTV Awards ceremony in 1990 and became the champion by the number of victories in its history. And Fincher was recognized as the best movie maker of the 20th century.

The third part of the fantastic saga Alien which was the sequel of the creative works of Ridley Scott and James Cameron became the first feature movie directed by David Fincher. The picture turned out not to be very successful in the hire though Fincher has grounded in the characteristic of the director with individual vision, ready to defend his opinion before the producers and project managers.

Then David Fincher has shot more successful projects – the thriller in neo-noir style under the title Seven and psychological thriller about the alternative reality The Game.

The screen adaptation of the novel Fight Club written by Chuck Palahniuk became the first popular movie directed by David. In this picture has managed to show himself as an ironic person who knows how to mock at the disadvantages of the society in a delicate way. The film became the leader of the video hire and entered the list of the cult movies which one should view without any doubts.

Later, Fincher has shot the movie Panic Room, the detective story Zodiac and the mystical drama The Curious Case of Benjamin Button which received extreme popularity due to the non-standard plot and surreality of the events.

In 2007 David Fincher tried his hand as an actor who appeared as himself in the episode of the drama series Dirt which tells about unprincipled journalists.

In 2010 there came out on the screen the biographic movie The Social Network about the founder of Facebook - Mark Zuckerberg. The movie received Academic Awards, Golden Globe Awards, and some other prestigious prizes.

Two latest full-length movies of the director steadily received appreciation. These are the following pictures – the thrilling detective story The Girl with the Dragon Tattoo and the thriller Gone Girl.

And, what about The Girl with the Dragon Tattoo - it’s a screen version of the same-name novel of Stieg Larsson, the first book from the trilogy "Millennium." The fans of the series together with the director's admirers are looking forward to seeing the sequel The Girl Who Played with Fire. The directors also have the plans for the shootings of this movie, but the date of the premiere hasn't been specified yet.

Also during this period, the director began to work on the series - the political drama House of Cards. This series tells about the revenge of the congressman who helped the U.S. presidential candidate to get the popular post, but he didn’t receive the job of the Secretary of State as it was promised by the candidate.

The series was highly appreciated and received numerous positive reviews that’s why it was prolonged for six seasons. The series was closed but not because of the ratings. At the end of 2017, the actor of the main role Kevin Spacey was accused of sexual harassments. After that, the direction of the channel decided that they wouldn't continue cooperation with the actor, and after the break in the shootings, Spacey left the project.

For the first time, David Fincher got married in 1990, on the wave of his success in the music industry. The model and photographer Donya Fiorentino became director’s wife. In this marriage, there was born David's daughter called Phelix Imogen Fincher. Though, this marriage has lasted just for five years. Later Fincher’s ex-wife got married to the famous actor Gary Oldman, but they have lived together approximately the same period.

What about the director, he soon found his happiness in the relationship with the producer Ceán Chaffin. They got acquainted during the cooperation on the picture Fight Club. At present Ceán promotes all the pictures of her spouse.

David Fincher more than once admitted that someone’s opinion doesn’t matter to him almost at all and the director almost acts the way he considers.

After the range of successful feature movies, David Fincher focused on the work on the new TV series about real serial killers under the title Mindhunters which was released in October of 2017.

The plot of the series Mindhunters is based on the book "Mind Hunter: Inside FBI’s Elite Serial Crime Unit" written by Mark Olshaker and John Douglas. This movie tells about the origins of criminal psychology and the beginning of the use of this method in FBI. Even though the series tells about maniacs, the picture was shot in the drama genre, but not in the detective genre. The primary goal of the leading characters is to talk with already caught criminals to make up their psychological portraits and to understand the thought process of the maniacs. All this can help them to find other serial killers. 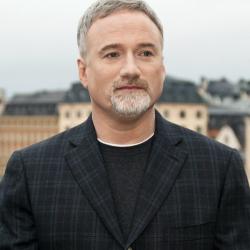