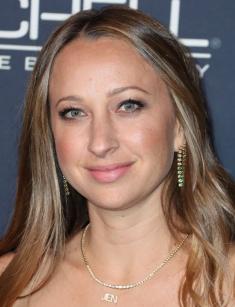 Jennifer Meyer is a jewelry designer from the USA. Her name is often mentioned in the context of her ex-husband Tobey Maguire, but this relationship has become the issue of the past. Leading Hollywood actresses wear the jewelry created by Meyer. The woman also played in several films, even though she had not planned to be a screen star.

Jennifer Meyer was born in Los Angeles. The girl’s mother, Ellen, divorced her father, a businessman Ronald Meyer, soon after the daughter’s birth. The baby was raised by the stepfather, a rabbi David Baron. Little is known about Jennifer’s childhood years.

Meyer mentioned in her interviews that her grandmother Edith awakened the interest in jewelry in her granddaughter. Edith worked as a professional jewelry manufacturer and taught Jennifer basic techniques when she was only six years old. For a long time, this was only a hobby for Meyer. After graduation, Jennifer entered Syracuse University to study psychology but realized soon that making compositions and working with precious stones and metals attracted her more.

Before Meyer devoted herself to art, she got a job of a PR specialist in the internationally famous fashion houses of Ralph Lauren and Giorgio Armani; the young woman was also an editor of the women's magazine Glamor. In 2004, Jennifer remembered her past hobby and decided to create her own collection of jewelry.

Meyer’s jewelry attracted people’s attention after actress Jennifer Aniston was wearing them in the movie The Break-Up. Today, she is the head of Jennifer Meyer Jewelry, and her design jewelry, such as rings, pendants, and accessories, are sold at Barneys New York and Net-a-Porter.com stores.

In 2007, the woman was called the jeweler of the year by US Weekly magazine; in 2001, she received the CFDA Swarovski Award for a unique design developed for the brand.

2015 brought Meyer a significant order: the wedding rings for Jennifer Aniston and Justin Theroux. The next year, the designer debuted as an actress. By now, her filmography consists of several pictures, and her roles are mostly episodic.

On September 2007, Jennifer married the actor Tobey Maguire; the couple had been dating for four years. In 2006, their daughter Ruby Sweetheart was born; in 2009, the son Otis Tobias was born.

People saw Jennifer and Tobey as one of the steadiest Hollywood couples. Fans were sad to learn the news: in October 2016, the spouses announced they divorced. According to Jennifer, they remained friends and were going to bring up the kids together. A couple of years later, the woman confirmed that she and Tobey kept contacting and did not hold old grudges:

“He's the greatest ex-husband a girl could ever have.”

The photo model Dasha Zhukova and the actress Dakota Johnson are Jennifer’s close friends; they helped the designer overcome the divorce period. In 2017, Meyer posted funny videos and photos from the friends vacation in Rio de Janeiro.

Few facts are known about Meyer’s personal life now. She often visits social events with Leonardo DiCaprio; however, she claims they have no romantic interest in each other and are on friendly terms. Besides, Jennifer is a friend of the famous cosmetologist Chris McMillan; they went to the 2018 InStyle Awards ceremony together.

Jennifer’s height is 163 cm., and her weight is 55 kg. The woman pays much attention to her appearances and looks younger than her age. According to the designer, her regular physical activity and good genetic background contributed to that.

Nowadays, the designer lives in her luxurious house in Los Angeles and continues to develop her business. One can buy her jewelry on the official website; the items cost varies from some $350 to $8500. 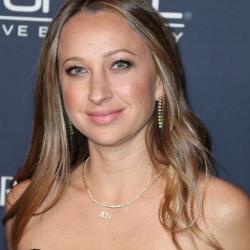