Johnny Cash was an American singer, guitarist, songwriter, and actor whose art embraced a wide range of musical genres, such as country, rock’n’roll, rockabilly, folk, and blues. The man’s velvet baritone and songs about ordinary people’s lives made him immensely popular; in addition, his collaboration with great musicians including Elvis Presley, Jerry Lee Lewis, Tom Petty, and Carl Perkins brought him much fame.

Johnny Cash was born on February 26, 1932, in Kingsland, Arkansas, into the large English and Scottish family.

In 1935, when the boy turned three, his parents, Ray Cash and Carrie Cloveree, moved to Dyess, Arkansas, a New Deal colony for poor American families. The Cashes rented a farm and land. Together with his siblings, the future musician began to work on cotton fields at five. Economic and personal ordeals of that epoch manifested themselves in many songs of the musician: he felt empathy for unhappy, unprivileged people.

Spring 1944 brought a tragedy: the elder son Jack died at a timber works. Johnny was close to his brother; it was incredibly hard for him to accept the sibling’s death. In his interviews, he mentioned he felt guilty because of what had happened and dreamed of meeting Jack in Heaven.

Cash expressed his emotions in his first gospel compositions at the age of 12. The young man sang and played the guitar; the local radio station broadcast the tracks. Later, the singer released an album of traditional Evangelic songs My Mother's Hymn Book with several early compositions.

When Johnny graduated from a middle school, he left the farm and started looking for a job. In summer 1950, he joined the US Air Force and went to Germany as a member of the radio squadron mobile. At that time, Cash created his first music project, The Landsberg Barbarians, that existed until the end of the military career in 1954.

In 1954, the young man settled in Memphis. He dreamed of having his works on the radio. In the afternoon, Cash worked as a salesman, and he rehearsed with his friends at night. Johnny presented his evangelic songs at many auditions, but producers were not interested: they believed that gospel was no longer relevant. Cash thought about it and changed his music style. Soon, he collaborated with Sun Records and succeeded with his first rockabilly hits: “Hey Porter” and “Cry! Cry! Cry!”

The singer signed a contract with the company and started working under the supervision of its founder, Sam Phillips. On December 4, 1956, Elvis Presley dropped in on the studio and offered Johnny Cash, Carl Perkins, and Jerry Lee Lewis a jam session. Sam recorded the impromptu secretly; soon, Million Dollar Quartet was presented.

After the albums Folsom Prison Blues, I Walk the Line, and Home of the Blues, Cash turned into the bestselling musician in Sun Records; his works appeared in top 20 popular charts. In 1958, when Phillips preferred Jerry Lee Lewis, Cash left the producer and started collaborating with Columbia Records.

The early 1960s were marked with the tours with the Carter family across the country; they performed country music. To keep his energy during tours, Cash began to performance-enhancing drugs. Gradually, he got addicted to them.

Despite nervousness and partial loss of control, Johnny continued to present new hits. His song “Ring of Fire” flew to the top of American charts; it was included in the top 20 songs all over the globe.

In the mid-1960s, Cash created the album Bitter Tears: Ballads of the American Indian devoted to the unprivileged Native Americans oppressed by the government. This work was thought to be lost until 2011, but it was found after the book about the musician’s life and art was published; the recordings were restored. Cash wrote three songs one of which was created with Johnny Horton; other tracks were made by the folklorist Peter La Farge.

Following the painful divorce with the first wife in 1967, Cash lost control completely: he drank a lot, often took drugs, and canceled concerts. For a moment, the musician seemed to have been reborn: he recorded a song in the duet Jackson with the country singer June Carter which conquered critics’ hearts and won the Grammy Award.

However, the silver lining did not last long. At the end of 1967, the police arrested Cash for drug possession. He spent a night in prison and pulled himself together. Johnny put much effort in his career: the singer gave concerts in Canada, recorded a new album From Sea to Shining Sea, and continued his concert series in prisons (he began them at the end of the 1950s). Later on, the tremendously successful albums Johnny Cash at Folsom Prison and Johnny Cash at San Quentin came out. The even broke the record of The Beatles; more than 6.5 million copies were sold.

To support his music activities, Johnny Cash created his own TV show on ABC in 1969. The Statler Brothers, the Carter family, and the rockabilly legend Carl Perkins participated in the program permanently; Neil Young, Louis Armstrong, Roy Orbison, Bob Dylan, and other musicians also appeared there.

By the 1970s, Cash had formed his public image. Some people called him “the Undertaker” because the young man always wore black. However, the musician considered himself a “Man in Black” and presented a song under the same title in 1971. According to Johnny, he was mourning poor, starving, diseased, and unhappy people.

In the mid-1970s, the singer’s popularity decreased. Cash appeared in several commercials, presented an autobiography, and played in an episode of the famous series Columbo.

Soon, Johnny Cash had conflicts with Columbia Records which led to the comeback to Sun Studios and collaboration with Roy Orbison, Jerry Lee Lewis, and Carl Perkins. The musicians presented the album Class of '55, and the audience’s recognition returned.

The British musicians Marc Riley and Jon Langford presented an indie-rock tribute to Johnny’s songs. The singer himself participated in U2’s album Zooropa. Together with Tom Petty and The Heartbreakers, the artist released the song Unchained that gained the Grammy Award in 1998.

At the end of the 1990s, Cash was diagnosed with diabetes and peripheral neuropathy. The musician reduced the number of shows and almost stopped touring. Nevertheless, he continued to record new albums. American IV with the cover versions of “Hurt” by Nine Inch Nails and "Personal Jesus” by Depeche Mode was particularly popular.

In 2000-2002, Cash wrote 60 compositions and participated in the Carter family show. The man’s last public appearance took place on July 5, 2003, before he performed “Ring of Fire”; he addressed his late wife and said he hoped to “connect [with her] somewhere between here and Heaven”.

Johnny Cash met Vivian Liberto during his military service; the young people spent three weeks together until the man went to Germany. For the next three years, the couple corresponded. Vivian and Johnny married on August 7, 1954, a month after the musician came back home. The ceremony was held at St. Ann's Roman Catholic Church in San Antonio.

In 1961, the young family moved to California and settled near Johnny’s parents who administered his trailer park. At that period, the man got addicted to alcohol and drugs which resulted in many conflicts with the local police and inside the family.

In 1966, Vivian divorced the singer: she could no longer stand her husband’s bad habits, long tours, and affairs with other women. The couple broke up in 1967, and Liberto took custody over their four daughters.

The outstanding country singer June Carter became Johnny’s second wife. The musician met her during a radio program Grand Ole Opry. In 1968, Cash proposed to the woman, and they married on March 1. Three years later, the couple’s son, John Carter Cash, was born.

The spouses began to work together; their artistic union existed for 35 years. Carter tried to avert the man from his bad habits: she took away his meth and flushed it away. When Johnny was rehabilitating, she stayed with him as a caregiver. The couple’s story is shown in the biographical movie Walk the Line.

After his beloved wife died, Johnny Cash grieved a lot; his health condition deteriorated. At the beginning of fall 2003, the musician was taken to the Baptist Hospital in Nashville with diabetes.

Doctors could not save the singer. On September 12, 2003, Cash passed away. The complications pertaining to diabetes caused the death. Johnny lived out four months after June’s death. The singer was buried near his wife in Hendersonville Memory Gardens, not far from the musicians’ house. 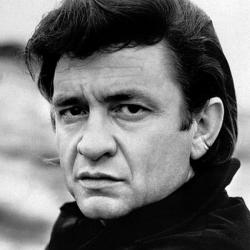