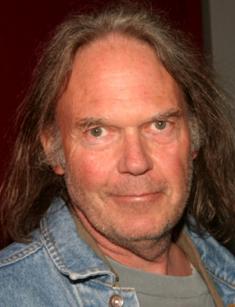 Neil Young is now known as a solo artist, but his early career was associated with the country band Buffalo Springfield. For 50 years on stage, the Canadian paved the way for grunge and inspired Kurt Cobain to start creating, wrote atmospheric soundtracks for the Western Dead Man, captured crucial times in the history of the United States and the whole world.

Neil Percival Young was born November 12, 1945, in Toronto, Canada. His father, Scott Alexander Young, was a journalist and sports commentator, and his mother, Edna Blow Ragland Young was a member of the Daughters of the American Revolution. Neil is the second child in the family after his brother, Robert (1942). The boys have inherited American and French roots from their mother.

The Youngs moved around a lot: shortly after Neil's birth, the family moved to Omemee, Ontario; in 1951, when the boy suffered from polio, they vacationed in New Smyrna Beach, Florida. This was the place where Neil first went to school. A year later the family moved to Winnipeg, from there again to Toronto, then to an English town Pickering.

Frequent road-trips had a positive impact on Neil's musical education: on the radio in the mid-1950s played rock'n'roll, rockabilly, R'n'B, country, and Western-pop. The boy was especially fond of Elvis Presley, references to the rock'n'roll legend later appeared in several songs of Young. Among his idols were also The Ventures, Chuck Berry, Little Richard, The Fleetwoods, Jerry Lee Lewis, Johnny Cash. In his youth, Young tried to copy their style when he played the ukulele.

In 1960, his parents divorced-it turned out that Scott had illegitimate children. Bob went to Toronto with his father, and Neil stayed in Winnipeg with his mother. Here Young Jr. enrolled at Earl Grey Junior High School, where he met Ken Koblun, now a famous Canadian musician. The boys founded the band The Jades together. At the same time, the boy played in several instrumental rock-bands and eventually dropped out of high school for music.

The Squires (another name-Neil Young & The Squires), founded in 1963, became the first stable band for the Canadian. Quartet-Koblun, Jeff Wuckert, Bill Edmondson and Young performed at the high school proms and frat parties. The band even recorded a single called "The Sultan" and released 300 copies of it. At the same time, Neil met Stephen Stills, his future teammate of Buffalo Springfield.

After leaving The Squires, Neil Young performed solo in Winnipeg clubs and wrote songs. It was then that "Sugar Mountain," a song about lost youth, appeared. The musician wrote "Flying on the Ground is Wrong" for the Canadian band The Guess Who. The composition made it to the Canadian Top 40, and it was the first major success for Young as the author of hits.

In 1966, Neil with his friend Bruce Palmer moved to Los Angeles and bumped into Stills and Richie Furay in a traffic jam. Dewey Martin joined the four guys. This is how the band Buffalo Springfield-a combination of folk, country, psychedelic, and rock, was created. The album under the same title which appeared in the same year made it to the 80th place in Billboard Top Pop Albums, and the single "For What Its Worth" became a hit rising to the 7th place in Billboard Hot 100.

Palmer's deportation and the tyranny on the part of the management strained the already tense relationship between the musicians, and having played for two years, the band broke up. Half of the second Studio album, Buffalo Springfield Again, released in late 1967, was recorded by Young alone.

Last Time Around (1968) album, which had to be released because of the contractual obligations, ended the era of Buffalo Springfield. The collection consisted of old Studio recordings. The last line on this page of Young's biography was the year 1997 when the band was inducted into Rock and Roll Hall of Fame. Neil did not attend the ceremony.

After the split-up of Buffalo Springfield Young started working solo with Elliot Roberts, and to this day he remains the singer's manager. The guys immediately began recording the debut solo Neil Young album (1969), which wasn't received well and did not make it to the charts. Later in an interview, Neil attributed the failure of the album to his emotional exhaustion.

To freshen up the sound of the next album young invited three musicians from The Rockets: Danny Whitten on guitar, Billy Talbot on bass guitar and Ralph Molina on drums. The accompanists teamed up under the name Crazy Horse. Together with "the horses" Neil created Everybody Knows This Is Nowhere (1969), as well as dozens of albums later.

The album which was recorded in two weeks included seven songs, three of which Young composed while having a high fever of 103 °F (39 °C): "Cinnamon Girl," "Cowgirl in the Sand" and "Down by the River." The fever had a positive effect: the album lasted 98 weeks at the 34th place on the US Billboard 200 and went platinum, making it into "1001 albums you must hear before you die" and "500 Greatest Albums of All Time".

Soon after the release of Everybody Knows This is Nowhere Young began working with Stephen Stills again, joining Crosby, Stills&Nash. The Canadian was offered the position of a session musician, but he only agreed when he was made a full member of the band. As a result, in 1969, the Quartet Crosby, Stills, Nash & Young took the Grammy award as "Best new artist."

The band went on to the international stage, playing several concerts in Chicago, then performed at the Woodstock festival. Here Young missed the majority of acoustic compositions and made a scene with the operators because they got in the way when they were trying to shoot close-ups. During the recording of the Déjà Vu album (1970) Stills and Young fought for leadership in the band. Once in an interview, Stephen said about his colleague:

"He didn't care about the others, he wanted to play in a folk-rock band."

Despite the strained relationship, Young's membership in CSN&Y coincided with the peak of their musical career. This significantly contributed to his later success as a solo artist. In 1970, Neil Young released his third solo album After the Gold Rush, in support of which the musician went on a North American tour. The play-list included Buffalo Springfield and CSN&Y songs, played on guitar or the piano, as well as some compositions which still don't have a Studio version, such as "Journey through the Past."

Two years later Young released an album that he deeply loved- Harvest. The album contains ten songs, including "Heart of Gold" -the only track in the musical career of the Canadian which reached the 1st place in the charts. The album itself topped the Billboard Hot 100 for two weeks.

The unexpected success of Harvest made the musician think about ending his musical career, and, to overcome this crisis, Young began to experiment. As a result, a "live" album Time Fades Away (1973) was released. This album, On the Beach (1974) and Tonight's the Night (1975) made up a trilogy of Neil's commercially failed albums, the so-called "Ditch Trilogy."

In 1976, Young appeared on stage with Bob Dylan, Joni Mitchell, and other famous rock stars as part of The Last Waltz. The opening night of Martin Scorsese's movie about this concert had to be postponed to cut out "Helpless": during the performance of the song, a lump of cocaine was hanging from the musician's nose.

In the first half of the 1980s, Young devoted himself to his family, in particular to his son Ben, who was diagnosed with cerebral palsy. In 1982, the musician made his debut in a different role - as a director of the Human Highway comedy. $3 million was spent on the shooting of the movie. Critics received the comedy with humor and called it "the story of the amazing wizard of Oz, who took acid." In 1983, the album Everybody's Rockin was released, and it was significant because first music videos were filmed for the songs from this album: "Wonderin" and "Cry, Cry, Cry".

The Single "Rockin' in the Free World" from the Freedom album (1989) made Young one of the famous musicians again. The song is devoted to the problems of terrorism, environmental degradation, and also contains implicit criticism of George W. Bush's regime. The disc itself influenced the development of grunge: Kurt Cobain of Nirvana and Eddie Vedder of Pearl Jam called Freedom their musical Bible.

In 1995, the movie Dead Man starring Johnny Depp was out. The motion picture about the economist William Blake and an Indian named Nobody was shot in the best traditions of a road movie. According to the director Jim Jarmusch, the script was written to the songs of Neil Young. His guitar solos are an integral part of Dead Man.

The 2000s were marked by tribute songs, except for the Silver and Gold album (2000), written in the best traditions of country music. "Let's Roll" (2001) was dedicated to the victims of the September 11 attacks and the actions of the passengers on Flight 93. The compositions of the Greendale album (2003) one way or another revolve around the murder of a policeman in a California town.

In March 2005, Young himself was on the verge of death - he was diagnosed with a brain aneurysm. Once he lost consciousness on the street, fell and hit his head. The song "When God Made Me" is dedicated to this episode.

Living with War album (2006) tells about the war in Iraq.

Neil Young's personal life is quite eventful, but it can't be called happy. The musician first married Susan Acevedo, the owner of a restaurant business, in December 1968. Their marriage lasted two years; then the woman filed for divorce.

From late 1970 to 1975, Young was in a relationship with actress Carrie Snodgress. His partner became the muse of the Canadian: "A Man Needs a Maid" was inspired by Diary of a Mad Housewife movie (1970) starring Carrie. 8 September 1972, the couple had a son Zeke.

In 1974, Young met his future wife, Pegi Morton. She worked as a waitress at a diner near the ranch, a story told in the song "Unknown Legend." The couple got married four years later, in August 1978. They have a son Ben and a daughter Amber.

Young's children suffer from diseases - Ben and Zeke were diagnosed with cerebral palsy, and Amber with epilepsy.

On July 29, 2014, after 36 years of marriage, Young filed for divorce from Pegi Morton, after that photos of the musician with the director and actress Daryl Hannah appeared regularly in the press. In August 2018 the couple got married, and in October Young officially confirmed this new in a video message.

Despite his advanced age and health problems, Neil Young has no plans to end his career.

In March 2018, he created a soundtrack album for Daryl Hannah movie Paradox, and in October he presented a "live" version of the song "Campaigner," which will be included to the album Songs for Judy along with a recording of the performances on 1976 tour. 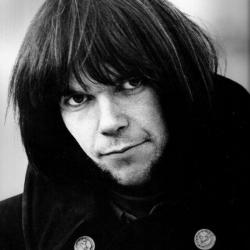