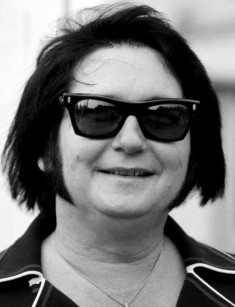 Everybody has probably heard the hit “Oh, Pretty Woman”; the well-known movie starring Julia Roberts and Richard Gere contributed to the popularity of the song. However, few people know the songwriter who created the hit: Roy Orbison, who was the greatest singer in the world, according to Elvis Presley, and the winner of six Grammy Awards.

Roy was born on April 23, 1936, into the family of a nurse, Nadine, and an oil well driller and car mechanic, Orbie Lee. He became the second child in the family. The Orbisons lived in Vernon, Texas. Although the parents’ work was not related to art, music was essential to them.

When friends and acquaintances gathered together, the father would bring his guitar; the audience was mesmerized by his sad songs. When Orbison became a star, he believed his famous lack of emotions on the stage pertained to those precious memories about his childhood.

The world economic crisis made the family move to Fort Worth to look for a job. Soon, the children had to be sent back because they could get infected with a dangerous nervous contagious disease. Another resettlement followed: the family moved to Wink. Later, Roy called those events the significant changes in his life.

When a kid, Roy dreamed of a harmonica, but the father gave him a guitar as a present. At eight, the talented boy created his own work; the next year, he won the young talents competition and got the opportunity to play on the local radio.

When the teenager was a middle school student, he organized the group The Wink Westerners; the young people chose the country singer Roy Rogers as their role model and used colored neckties as their distinguishing element. The group’s performances began to give the first benefits, and The Wink Westerners were broadcast on TV.

In 1955, Orbison moved to Odessa to continue his education in a local college. He was choosing between the Faculties of Geology and History; eventually, the young man preferred the latter school. At the same time, The Wink Westerners held their own program; Elvis Presley and Johnny Cash were the show star guests.

Young Roy had his fir hair dyed black and tried to correct his bad eyesight with hard lenses.

The young man was following his dream: to present his recordings to the broad audience. For this reason, he dropped the college and came to Je-Wel studio in Memphis where two of his songs, the original and the cover, were made. However, the group was accepted to Sun Records only from the second time, after the businessman Cecil Hollifield’s recommendation.

The meeting was successful: Sam Phillips admired the unprecedented sounding of the unknown group and signed the contract with them at once. The group changed its name and started giving performances in bars and touring with famous singers. The single “Ooby Dooby” conquered music charts and gave Orbison the chance to buy a fashionable car.

The band existed for almost five years. There have been several theories of the group break-up: not-so-popular singles and Roy’s solo career welcomed by the studio owner. Actually, it looked more like there was an artistic crisis among the group members, and Roy Orbison had to compose songs for other musicians.

When the debuting album was being made, the singer had a conflict with Phillips and had to change two companies before he began to collaborate with Monument Records that managed to show his talent in its brightest. Roy met Joe Melson; as a result, the real hit “Only the Lonely” was released and conquered prestigious charts and favoritism of Elvis Presley and John Lennon. The song was so popular that Rolling Stone included it in the 500 Greatest Songs of All Time.

In 1964, music lovers all over the globe fell in love with “Oh, Pretty Woman.” The admiration was so hot that the song not only won everybody’s respect and prestigious prizes but also made the musician as popular as The Beatles. Orbison performed with the fab four and did not give them the chance to appear on the stage: the audience was raging and demanded Roy should sing more. In addition, Orbison’s In Dreams was a strong rival for With the Beatles.

In a year, the singer’s career began to decline. The personal and artistic crisis led Orbison to cinematography: he appeared in movies which, unfortunately, were not welcomed by the audience. He disappeared for a while, although covers on his songs sounded everywhere and were incredibly popular. To strengthen that success, Roy Orbison organized a large tour.

In the 1980s, the musician came back triumphantly: he won numerous Grammy Awards and participated in the new project, Electric Light Orchestra. His discography was marked with a platinum album. The man got a star on the Hollywood Walk of Fame, and his songs were used as soundtracks for popular movies.

The last album, Mystery Girl with the head track “You Got It” was released after the great artist’s death.

Women played the significant, if not the most important, role. In 1957, the man married Claudette Frady who accompanied him for her whole short life. For Orbison, the young woman moved to Memphis. Just like a lady is supposed to do, she had a bed in a separate room in the house of the studio owner. She inspired Roy Orbison for his most famous song. Three children were born in that marriage: Dewayne, Anthony, and Wesley.

In “Pretty Woman,” the musician presented numerous tender comparisons; he did not feel awkward to express his feelings. The couple’s love was so strong that they reunited after Claudette’s cheating on her husband and the following divorce in 1964. The woman came to see Roy when he broke his leg and got hospitalized; the man forgave her.

Still, the happiness did not last long. On June 6, 1966, on her way back from Bristol, Claudette had an accident. She died in her husband’s arms. It was a severe blow for Roy; he expressed his grief in his sad lyric ballad.

Life brought more losses: two eldest children died in a fire; the grandparents could save only the youngest boy. The tragedies led Roy to Germany. At that period, he realized it was difficult to create new hits that fans were looking forward to without his beloved wife.

Finally, fate had mercy on the widower, and he met his new love in 1968. Roy Orbison and the young journalist from Germany Barbara Wellhöner Jakobs met at Varley Variety nightclub; it was the musician who insisted they should meet. The affair was developing rapidly. In March 1969, the couple married. Two boys, Roy Kelton and Alexander Orbi Lee, were born in the family. The artist wrote he had spent his entire life to comprehend love. According to him, love variates from a simple attraction to something spiritual; his love for his wife was growing every day.

Later on, Barbara assisted to her husband in his art and worked as an executive producer. After Orbison died, she devoted herself to storing his heritage, from photos to post-mortem albums, for the future generations. She was actively engaged in charity and presented the perfume line Pretty Woman. Thanks to Barbara, the world got acquainted with Taylor Swift’s “You Belong to Me.” The woman died in 2011; she was buried next to the singer in Westwood.

Ten years before his death, Orbison had triple bypass surgery; despite the contraindications and periodical chest pains, the musician did not give up his bad habit, smoking. In the course of time, Roy was unable to work in the evening. He had to lose some weight for a music video.

Orbison left the valuable musical heritage and became the example to follow for many artists including Bob Dylan, The Bee Gees, and The Ramones. 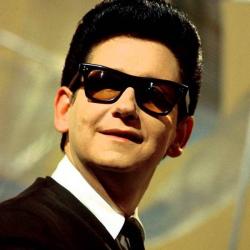