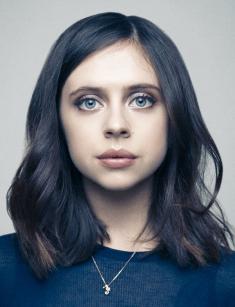 The British actress Bel Powley has become popular due to her appearance in the shootings of the television series M.I. High in which she performed the role of Daisy Millar. And in 2015 the audience and critics highly appreciated her acting in the drama The Diary of a Teenage Girl. For the role in this movie, the girl was nominated for a couple of awards.

The full name of the actress is Isobel Dorothy Bel Powley. The girl was born in March of 1992 in the English town of Hammersmith, near London. Her father Mark Powley is a British actor famous for his works in the movies Bronson, Wing Commander, etc. And her mother Janis Jaffa, who has Jewish roots, was working as a casting director.

Powley grew up in the creative family and often saw her father on the TV screen. Since childhood, the girl was dreaming about the same career. Bel received her secondary education at London Holland Park School. Her parents didn’t want their daughter to become an actress and asked her to study for the university as they planned that their daughter would enter the law department and would become the lawyer.

But the girl managed to pass the casting successfully and began to take part in this series. At the same time, she played in the theater and spent the money she was earning to pay for her studies. After all entered the university in Manchester, but she chose the history department.

The actress had her debut in the cinema in 2007. The girl took part in 26 episodes of the TV series M.I. High. It happened that she managed to work on the same movie set with Moustafa Chousein-Oglou and Rachel Petladwala. To seasons had been shot by 2008, however alongside with this project Bel took part in another project. The audience noticed and appreciated the acting of the talented girl in the series Little Dorrit and A Very English Murder which were also released in 2008. Since that moment other directors began to invite the actress to play roles in their movies.

In 2009 the actress took part in the movie Murderland in the role of Carrie Walsh. Also, she played the role of the comedian sketch show Victoria Wood's Mid Life Christmas. Along with Bel was working in the theater and in 2009 the audience saw her in the play Tusk Tusk in London Royal Court Theater.

And in 2011 she played the role of Thomasina in the play Arcadia, but already on Broadway, in Ethel Barrymore Theatre. And in a short time, she again appeared on the stage of Royal Court Theatre in the play Jumpy, and she perfectly performed the character of Tilly.

The movie under the title The Cabin became the next movie in Powley’s biography, and in 2013 there was released the movie Side by Side. But for the actress, the year 2015 became an important year. Then she took part in the movie The Diary of a Teenage Girl in the role of as Minnie Goetze. After this movie, the public began to call the actress new Carey Mulligan.

The audience appreciated the acting of Powley in the movie The Diary of a Teenage Girl, and the actress appeared in the list of the nominees for Teen Spirit awards as Best Actress and BAFTA Awards as a Rising Star. The movie was nominated for the British Independent Film Award. In such a way, Bel declared herself as a professional actress who can successfully perform any roles.

After that in 2015, Powley enriched her filmography with a couple of new movies. She took part in the movie Equals with the participation of Rachel and also played the character of the Princess of Great Britain in the movie A Royal Night where she appeared together with Rupert Everett and Emily Watson. After this movie, the actress was also included in the list of the nominees for The British Independent Film Award.

The year 2016 became not less plentiful for the young actress. The girl took part in the movie Carrie Pilby. At the last moment, she was approved for the role instead of Hailee Steinfeld. Moreover, she appeared in the movies Revolting Rhymes and Detour. A year later the audience saw Bel in the role of Claire Claremont in the drama movie Mary Shelley. The premiere of the movie was held in September at Toronto Film Festival, and in Russia, it was presented in 2018.

In October of 2016, the admirers of the horror movies were pleasantly surprised with the news about the shooting of the movie Wildling directed by Fritz Böhm. Powley was invited to play the role of Anna. The movie came out on the big screens in 2017. In 2018 Bel also appeared in a couple of movies – White Boy Rick, Ashes in the Snow, Wildling, etc.

As well as many other famous people, Bel Powley prefers to keep the details of her personal life in a secret. Though, the fans of her creativity know that in 2016 the actress met a popular actor Douglas Booth. The actor has gained popularity due to his work in the series Great Expectations, and the picture Worried About the Boy.

Together they worked on the movie set of Mary Shelley, and they got on well. And if at first, the loving couple was trying to conceal their relations, but with time their joint photos began to appear on the web.

Judging by the photo on Instagram of Bel and Douglas, the young people continue to meet. However, nobody knows if their relations result in something serious.

A present the actress continues to play roles in the movies. In 2018 the girl started working in the TV series Informer. The movie tells about Pakistani guy, two generations of his family live in London. The young man has to work as an undercover agent for the officer of the counterterrorist organization. The premiere of the movie was held in the middle of October.

Besides, it became known about the release of the movie White Boy Rick in Russia. The movie with Russian translation will come out on the screen on the 31st of January, 2019. The movie tells about America of 1980-s, during the period of the most serious economic crisis.

To help his parents, the son of the leading character begins to sell drugs. At first, he was lucky on large deals, but in a short time, he was arrested by the police. To avoid the longest penal, he agreed to work for law enforcement, and he became a secret undercover agent.

Despite her busy working schedule, the actress tries to keep herself in shape. On her photos on her Instagram personal page, one can see her figure in a swimsuit. Being 157 cm tall, the girl weighs 48-53 kg. 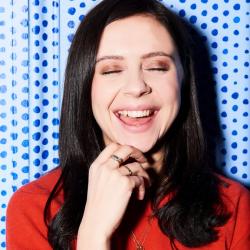