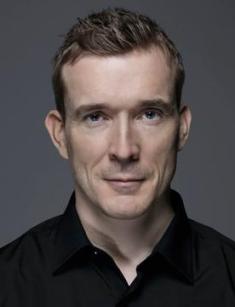 British writer David Mitchell is the author of such profound works as Cloud Atlas, The Thousand Autumns of Jacob de Zoet, and Black Swan Green. He won the prestigious Booker Prize twice. Mitchell got on Time magazine's list of 100 Most Influential People in The World.

David Mitchell was born on January 12, 1969, in Southport, Lancashire, England. The future writer spent his childhood in Malvern, Worcestershire. David was overwhelmed by the desire to become an author at the age of eight when the boy read a book about the adventures of rabbits, which was quite popular at that time. The work brought David such a great inspiration that he almost immediately wrote a short four-page story about the adventures of otters, repeating the plot of the read book. As many talented kids, David composed poetry, but, according to him, "it was terrible."

Mitchell's parents made a significant impact on the artistic development of the boy. In one of the interviews, the author said that he bought a book every month. Eventually, he composed "a sort of a magic bookshelf, that took the wanderer to Narnia, the door to another universe."

David Mitchell received higher education at the University of Kent, where he studied English and American Literature.

David Mitchell's books have been translated into 25 languages. After spending a year in Sicily, in 1994, the future author of famous novels moved to Japan to teach English at school. He was supposed to stay in Hiroshima for a year, but the journey lasted for eight years.

Mitchell published his first novel, Ghostwritten, when he was 30 years old. Mitchell was named a "British Murakami," which put the writer in the same rank with such English prose authors as Lawrence Norfolk, Rachel Cusk and others.

The novel Ghostwritten describes intertwined lives of several outstanding characters: a cult member preparing an explosion in Tokyo subway, a saxophonist selling records in a music store, a banker carrying out an order for the Russian mafia, a Mongolian Ghost, a female physicist hiding from military reconnaissance, and a former British intelligence officer who became a writer. Ghostwritten won The John Llewellyn Rhys Prize for best work of British literature written by an author under 35.

Mitchell's second novel number9dream, released in 2001, was short-listed for the Booker Prize. The protagonist, Eiji Miyake goes to Tokyo, form a provincial Japanese town in search of his father. The simple story described the feelings of the guy who got into a fantasy world of a metropolis with many inhabitants with fascinating destinies. Subtle details of the circumstances of the plot make the reader empathize and worry about the character.

In the Cloud Atlas (published in 2004), the author collected six stories that comprise the period from the middle of the XIXth century to the distant future. The character of the first story is somehow connected to the story that follows his. The novel Cloud Atlas, nominated for the Booker Prize, is most famous in the world thanks to the film adaptation.

The film Cloud Atlas, directed by Tom Tykwer (Run Lola Run, Perfume: The Story of a Murderer), Lana and Lilly Wachowski (The Matrix, Jupiter Ascending) saw the light of day in 2012. The star cast got significant roles in the movie: Tom Hanks, Halle Berry, Jim Broadbent, Ben Whishaw, and others. The motion picture with a budget of $102 million named "the highest-budget film of all time" was honored with Saturn Awards, the Golden Globe Awards, and the appreciation of the audience.

The Black Swan Green, published in 2006, surprised fans of David Mitchell. The book about such a character who seems to come from a Salinger's novel is different from any other works of the author. Thirteen chapters of the Black Swan Green are devoted to thirteen months of Jason Taylor's life. The boy secretly composes poems and suffers from stuttering.

Thirteen months of events of the life of Jason describe the transformation of an awkward, anti-social teenager to a handsome young man. The novel Black Swan Green won several prestigious awards, and Time magazine assigned Mitchell to 100 Most Influential People in The World.

The work on the novel The Thousand Autumns of Jacob de Zoet took David Mitchell four years. To create the book that describes Japan of XVIII and XIX centuries, the author studied the smallest details of the culture of the country of that time. The writer drew a parallel between Japan of shogun times and modern Europe at that time.

The idea of creating the novel originated in 1994, during Mitchell's stay in the East. David once went to the Dejima Museum in Nagasaki. The author was impressed by what he saw there, and he decided to write about Japan's past. The central character of The Thousand Autumns of Jacob de Zoet is a young guy from the Netherlands who came to Japan with a desire to get rich. The circumstances make the leading character stay in the country and experience both joy and hardship.

In 2014, David Mitchell sent to print his long-awaited novel The Bone Clocks. Just like in other books by the author, the readers met characters, already familiar to them from previous novels. The protagonist of The Bone Clocks is the girl named Holly Sykes. The amazing, fantastic story begins when Holly falls out with her mother and runs away from home. The chain of events on Earth slowly advances humanity to the Apocalypse, but few people notice anything. Holly finds herself amid a confrontation of dark forces feeding on human souls and guardian angels.

Six chapters of the novel trace the life of a girl from the peaceful 80s to 2040 - the time without mobile phones, Internet and air travel. The action of the author's novels takes place in one universe, united by the plot of The Bone Clocks. The plot lines of his books often indirectly refer to the writer's previous works.

The novel Slade House, published in 2015, subtly alludes to The Bone Clocks. At first, the work began its development in the form of Halloween stories on Twitter. The novel is a scary fascinating tale starting in one of the alleys of London. The plot of Slade House revolves around an old mansion with inhabitants living by strict cruel rules. The masters of horror in literature received the book with enthusiasm, although it got mixed reviews from the readers.

David Mitchell met Keiko Yoshida in Japan. The young people were both teaching in a Hiroshima school. According to Keiko, David was not arrogant, as other teachers from the United States. On the contrary, the young teacher was incredibly courteous and attentive.

According to Mitchell, he intensively studied Japanese culture to show his sincere intentions to Keiko and to prove to her that he is not just an "annoying Westerner." During the week, the girl lived with her mother, and on weekends she would come over to David's. Today the writer's wife works as a translator. The couple moved to Ardfield, Clonakilty in County Cork, Ireland and had two children there.

David Mitchell is said to have a net worth of almost $8 million (£2 million). In 2016, David Mitchell participated in a project of a Scottish artist, Katie Paterson. The art-venture Future Library project is designed for 100 years and intends to collect 100 unpublished works of the most prominent writers of our time by 2114. Mitchell gifted the Future Library an unpublished manuscript of From Me Flows What You Call Time.

In 2019, the writer doesn't plan to release any new novels yet, although admirers of David Mitchell's talent hope to see and read the sequel to The Bone Clocks. They want to take a sneak peek at the world after the Apocalypse that came in 2040 in Mitchell's book.