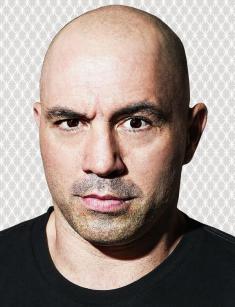 Joe Rogan is an American actor of the Irish-Italian origin, a comic, a sportscaster, TV host and a businessman, a former owner of the Fear Factor show, organizer of one of the most famous world podcasts of The Joe Rogan Experience.

Joseph James Rogan was born on the 11th of August, 1967 in the American town of Newark, in the State of New Jersey. The father who was a police officer left his family when the boy just turned five years, and his mother took her son at first to California, then to Florida and, at last, to Massachusetts.

In his childhood, Rogan played baseball, was a member of the junior league team. Then he began to be fond of martial arts in order to stand for himself. He began with karate, and soon the young man switched to taekwondo in which he began to be seriously engaged. At the age of nineteen, he won the tournament of Open USA Championship in featherweight and became the 4-fold champion of Massachusetts.

Besides, in youth, Joe mastered the technique of kickboxing, and during some time he was working as an instructor. Even though he had correspondent physical parameters (he is 173 cm tall, and he weighs 88 kilos), he had to stop the sports career because of the frequent headaches.

Rogan entered Massachusetts State University, but as he considered that he didn’t need to receive the higher education, he left his studies and decided to become engaged in the show business. When he was preparing his first comic program, Joe was working as a martial arts coach, a messenger of the newspapers, a limousine driver, a builder, and even a private detective.

Rogan had his debut during Stitches comedy club stand-up show in Boston on the 27th of August, 1988. Then the beginning humorist was refining his jokes at bachelor parties in the strip clubs. Sometime later Joe convinced the owner of Boston institution to give him a permanent place of the comedian in the evening program. During of such shows, the talented young man was noticed by Jeff Sassman and invited him to New York to perform regularly.

In 1994 Rogan moved to Los Angeles and appeared on the television for the first time, in the video of MTV channel. After this, the comedian was offered a 3-year contract which he refused to conclude as he found a more interesting cooperation with Disney network company.

The role in the sitcom under the title Hardball dedicated to the baseball became the first considerable role on the television for Joe. Rogan performed the role of the young player of the professional league called Frank Valente. The series was quickly closed as the good script got into the hands of the bad producer. Alongside with the shootings, the actor performed with Comedy Store in Hollywood.

Since 1995 till 1999 Joseph took part in the series NewsRadio of NBC channel in the role of Joe Garrelli, the electrician and general worker in the fictional news radio station. The guy was working in co-authorship with the scriptwriters and was inventing the image and remarks of his character. In a short time, the comic was tired of this show he began to consider it as an easy way to earn money.

In 1999 Joseph concluded the contract with Warner Bros. Records for the release of three albums of his own jokes, the first of which is called "I'm Gonna Be Dead Someday..." – this one came out in August of 2000. The fragments from this disk regularly sounded on the radio in the show of Howard Stern along with the "Voodoo Punanny" song which became a single.

At the same time, Rogan began to work on the series called Joe Rogan Show, in which he planned to perform the role of the sportscaster on the female talk show Person of Interest and was thinking about the ideas to the movie and animated series conceived in cooperation with the comedian Chris Maguire.

In 2001 Joe left his own projects for some time and accepted the offer of NBC channel to become a TV host of the extreme show Fear Factor. Rogan had doubts about the success of this program which has become popular and brought him world popularity in spite of his expectations. The number of the viewers at stand-up performances of the comedian has increased in ten times, and Fear Factor show has had high rates during 2001-2006 and 2011-2012.

Joe combined his work with the acting career and other projects on the television. In 2002 the actor appeared in the episode of the series Just Shoot Me! as a boyfriend of the leading character of Maya Gallo and commented on the ceremony of Christmas parade in Hollywood. In February of 2003, Rogan became a co-host in the 5th season of Man Show which was broadcast on Comedy Central.

In 2007 there was premiered the video version of the stand-up comedy called Joe Rogan was held: Live, in Phoenix which was shot by the comedian on his own money. At the same period, Joe had gained scandalous popularity, when he had a quarrel with Carlos Mencia whom he accused of the theft of jokes, on the stage of Comedy Store in Hollywood. The video appeared on YouTube, and Rogan was forbidden to perform in the clubs.

The next step of the comedian’s biography was his appearance at Ashton Kutcher's project under the title of Game Show in My Head on CBS channel on the 3rd of January, 2009. Rogan received the role of the leader who gave strange comic tasks to the guests and monitored the fulfillment of the tasks with the help of the hidden camera. Later the actor called this program "senseless, but very funny form of entertainment."

At the end of 2009 after the show Game Show in My Head was closed, Joseph started the free podcast called The Joe Rogan Experience which was broadcast on Ustream which a year later was included into the list of 100 best podcasts on iTunes. In 2010 Rogan had his debut on the big screen in picture Venus & Vegas, Zookeeper and Here Comes the Boom.

In a short time after that Joe shot next video of his performance in Tabernacle theater. And in 2013 he started the show consisting of six episodes under the name of Joe Rogan Questions Everything where the leader and invited participants were discussing different topics. One the billionaire Elon Musk, the CEO of Tesla concern became the guest of this show. He was talking about the artificial intelligence and creation of the electric aircraft. On the air, Joe offered his interlocutor to smoke a cigarette with marijuana and to drink whiskey.

In 2014-2016 Rogan released two more video concerts in the genre of the stand-up comedy - Joe Rogan: Rocky Mountain High and Joe Rogan: Triggered, and in 2017-2018 played a cameo role in the pictures in Bright and Robin Williams: Come Inside My Mind.

Since 1997 Joe began to work in UFC, he debuted on the 12th of February in the show Judgement Day in Dothan, the State of Alabama where he made a couple of interviews behind the scenes of the action. Two years later Rogan understood that his salary didn't cover his expenses anymore and left the combative show.

It was Dana White, who became the owner and the president of UFC, who persuaded Joseph to return on the post of the sportscaster. In 2002 Rogan concluded the contract with MMA, and together with Mike Goldberg, they became the TV hosts of the sporting events of the association and a weekly television show under the title UFC. He won the award of Wrestling Observer as Best Television Announcer twice and was recognized as Person of the Year four times at World MMA Awards.

During his career, Rogan commented on many competitions with the participation of the leading MMA fighters, including title duels. He shared his thoughts about the failures of Fedor Emelianenko:

"He is tired of the top-level fights."

And on his page on Instagram Joe published a post about Khabib Nurmagomedov after the fight with Michael Johnson in which he said the following words:

"One missed strike has become the biggest trouble for the fighter from Dagestan, and that fight was a dreadfully one-sided beating."

In 2009 Joe Rogan got married to the waitress called Jessica Ditzel. Since then the spouses live together, they have two children. Jessica gave birth to their first daughter in 2008; the second daughter was born in 2010. During some time their family was living in the town of Boulder, in the State of Colorado, and then they relocated to Bell Canyon in California.

Rogan loves his wife and daughters and, in spite of his busy working schedule, he tries to spend as much time as possible with them. The man doesn’t disclose the details of his personal life.

Joe leads pages on the social networks where, except for the announcement on his actions, he posts photos with amusing tattoos. The comedian has a voluminous Japanese ornament on the right side of his body.

In 2018 Rogan finished his work on the movie under the title Joe Rogan: Strange Times which was released at Netflix studio. This movie is full of flashing jokes performed in the traditional manner of the comedian.

Joe continues to work as a sportscaster at present and hosts a podcast under the title The Joe Rogan Experience. MMA which the leader watches and discusses with his friends became the subject of the last release. 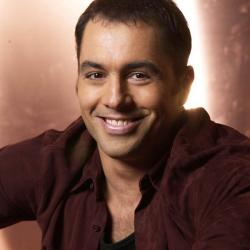