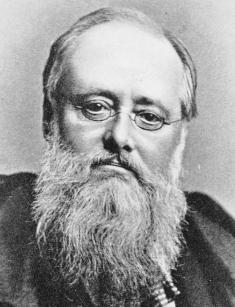 Wilkie Collins was an English writer whose legacy was undeservingly forgotten in comparison with Mark Twain’s and Charles Dickens’s works. Collins is notable for originality, mysterious and catching plots, sharp tongue, and simplicity of perception. The novel The Woman in White will enrich every book lover’s collection.

Wilkie Collins was born on January 8, 1824, in a prestigious Marylebone area, London. His father, William Collins, was a famous Royal Academician landscape artist; his mother’s name was Harriet Geddes. The boy inherited the father’s second name while the middle name was brought from the godfather, the genre painter David Wilkie.

Four years later, Wilkie’s brother, Charles Allston Collins, was born. He followed in the footsteps of his father and joined the Pre-Raphaelite Brotherhood, the movement aimed at fighting the conditionality of the Victorian epoch.

Initially, Wilkie and Charles were home-schooled. The family was religious, and Harriet made her sons go to church, fast, and pray before going to bed. The would-be writer did not like that. However, when he aged, he followed Christian rules gladly.

In 1835, Wilkie entered the Maida Vale academy, but he did not stay there for a long period. In 1836-1838, the family lived in Italy; later, they settled in France. The boys quickly learned Italian and French. The latter was particularly easy for Wilkie, and he got fluent.

As the family returned to their homeland, the brothers were sent to the Reverend Cole's private boarding school in Highbury, North London. Wilkie did not like to study there; besides, his roommate often would wake him up in the middle of the night, and the young man had to tell him stories to help him sleep.

Later, the writer remembered in his diary:

“It was this brute who first awakened in me, his poor little victim, a power of which but for him I might never have been aware.... When I left school, I continued story telling for my own pleasure".

At the end of 1840, Collins graduated and got hired at the tea-trading company Antrobus & Co following his father’s will. Collins did not like the monotonous paperwork, but he spent five years at the company.

While Wilkie was employed at Antrobus & Co, he created his first short story “The Last Stage Coachman” that was published in Illuminated in 1843. The same year, the young man wrote the debuting novel Iolani, or Tahiti as It Was; a Romance; he offered the manuscript to Chapman & Hall publishing house. The work was rejected in 1845. The novel was never published in Collins’s lifetime: the first edition appeared only in 1999.

Wilkie’s attempts to become a writer destroyed William Collins’s hopes that his son would choose painting as he did. At the same time, the father did not cease to interfere with Wilkie’s career choices: he was encouraging him to become a priest; in 1846, he persuaded the writer to enter Lincoln's Inn to study law.

Collins Jr. had little interest in legal issues; he was working on the novel Antonina, or the Fall of Rome. In 1846, after his father’s death, Wilkie published his first significant work: Memoirs of the Life of William Collins, Esq., R. A. that made the famous English painter immortal.

In 1849, Collins continued to honor the memory of his father and tried himself as a painter: he created "The Smugglers' Retreat" and presented it at the Royal Academy summer exhibition.

February 1850 was marked with the novel Antonina. Although it is a significant book in the writer’s bibliography, it attracts less interest than the 1851 book Rambles Beyond Railways. The picturesque notes praising the beauty of the English nature were created when the man was traveling in Cornwall in July-August 1850. The landscape painter Henry Brandling accompanied Collins.

At the same period, Collins finished his legal education and became a bar, a member of the lawyers’ corporation. Although the writer never worked as a lawyer, he often used the knowledge that he had gained to make his novels credible.

In 1851, the British artist Augustus Leopold Egg introduced Collins to Charles Dickens. It was a turning point in the beginning writer’s life. The men became colleagues and good friends. In May, they participated in Edward Bulwer-Lytton's play Not So Bad As We Seem; Queen Victoria and Prince Albert watched it. Besides, Dickens published Collins’s works in his Household Words: “A Terribly Strange Bed" (1852), A Rogue's Life (1856), The Frozen Deep (1857), and so on.

In 1853, Wilkie presented the novel Basil about a young nobleman who broke one of the most important taboos in the higher society: he fell in love with a daughter of a fabric merchant. If Basil gives in to the temptation and marries the wrong person, his father will disinherit him. Naturally, the young man chooses the love; eventually, he is caught in a dark story.

In 1998, the Indian director Radha Bharadwaj adapted the novel to the big screen. Jared Leto played the protagonist who fell in love with Claire Forlani’s character. Christian Slater personified Basil’s friend who introduced him to a woman who did not belong to the noble.

Many books of the writer have been adapted to the screen. The sensation novel The Woman in White (1859) is one of them. It is a story about a young painter Walter Hartright who restores engravings from the collection of the nobleman Frederick Fairlie. He has a niece, Laura, who looks just like the mysterious woman in white: the patient who escaped from a mental hospital and encountered Walter on his way to the estate. The young man is both frightened and attracted by this fact.

The Observer put The Woman in White on the 23rd position in the top 100 novels of all time. Movie makers gladly work on screen adaptations.in 1981, the two-part movie by Vadim Derbeniov came out; in 1982 and 1997 the English directors John Bruce and Tim Fywell presented their versions. In 2018, the mini-series based on the novel was launched.

The works created in the 1860s are considered the writer’s best books: No Name (1862), Armadale (1866), The Moonstone (1868). These novels, as well as The Woman in White, brought Wilkie Collins the reputation of a master and many copies sold. Thus, the writer had the chance to improve his financial state.

1870 was marked with two milestone events: the publishing of the novel Man and Wife and the death of Charles Dickens. The writer said:

“We saw each other every day, and were as fond of each other as men could be”.

In his last years, Collins’s health deteriorated: he was almost blind and did not leave the house; he could hardly write. Wilkie taught young talents including the novelist Hall Caine and helped them protect their copyright. Gradually, writing turned into the way of fighting the disease; it was the only means of pulling himself together. Collins almost finished his novel Blind Love; Walter Besant finished the work after Wilkie’s death.

In 1857, Collins met Caroline Graves, the young woman from a poor family. She married and gave birth to a daughter Harriet before she became a widow. The single mother had to survive and ran a small shop; the writer often dropped in there. He treated Harriet like his own daughter and helped her attend school. In a year, Caroline and Wilkie started living together.

Collins did not support the institution of marriage; however, he was loyal to Caroline and Harriet and viewed them as his family. In her turn, the woman wanted to get married. When the writer was working on The Moonstone and had gout and opium addiction, she left him to marry some Joseph Clow. Two years later, she came back to Collins.

Wilkie Collins died of a paralytic stroke on September 23, 1889. The writer was buried in Kensal Green Cemetery, West London.

In 1895, Caroline Graves passed away; she was buried next to her civil partner. 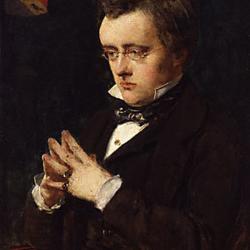