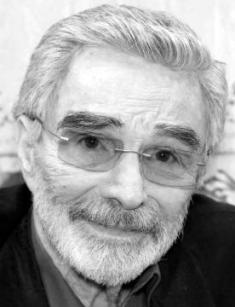 Burt Reynolds is one of the highest paid artists in Hollywood of the 1970s, who was famous for his role in the trilogy Smokey and the Bandit. He received the Golden Globe and the Emmy Award, the Oscars and the Golden Raspberry Awards for his participation in the worst movie, according to critics, the Striptease with Demi Moore.

Burton Leon Reynolds Jr. is the son of Harriet Fernette (née Miller) and Burton Milo Reynolds. He was born on February 11, 1936. He has Dutch, British, Scottish and Irish roots and he has Cherokee and Italians roots too.

Reynolds claimed in an interview until 2015 that he was born in Waycross, Georgia but in fact, his homeland is Lansing, Michigan, the city where his father served. His family moved to Fort Leonard Wood, Missouri, then to Lake City, Michigan, which is the hometown of Burton's mother.

In 1946, his parents, Burton, his foster brother and his sister moved to Revere Beach, Florida. His father was the local police chief here.

Burt pleased his parents with his grades and athletic achievements. In 1954, the young man graduated from Palm Beach High School and Florida State University. He played brilliantly in the position of a running back for two seasons and dreamed of becoming a world-famous football player.

It is not known how the biography of Reynolds would have developed if he had not received a severe knee injury during the match in his youth. Later, the guy was in a serious car accident, aggravating the situation and lost his spleen. He had to put a cross on his sports career.

Reynolds thought to continue the family business and become a police officer. His father offered him to be a prison warden. The young man attended courses at Palm Beach High School to pursue a career of an officer of the law.

Watson B. Duncan III was an English teacher here. He pushed Burton to the right future. Hearing him read William Shakespeare, Duncan was offered the lead role in the production of "Outward Bound." His performance led to the first Florida State Drama Award in 1956.

Reynolds called Watson B. Duncan III his mentor in his autobiography.

The young man was a member of the Phi Delta Theta (ΦΔΘ) brotherhood. He graduated from Florida State University in 1958.

The Florida State Drama Award granted the right to train at Hyde Park Theater, New York. Reynolds considered it as an attractive alternative to physical labor, not as his way of career. However, Burton met Joanne Woodward, the American actress, who helped him to find an agent.

Reynolds performed on the stage, including Broadway, without professional education for two years. The young man attended acting lessons to develop innate skills. The football player and commentator Frank Gifford, actors Carol Lawrence and Red Buttons, the comedian Jan Murray performed together with him.

By the will of fate, in 1956, Reynolds was on trial in the movie Sayonara (1957) but he was refused because, according to producers, he was too similar to Marlon Brando. His colleagues invited the young actor to go to Hollywood but he was not ready.

In the late 1950s, Reynolds found himself on television. The result of participation in various shows was a 7-year contract with Universal. One of the reasons for the document is the natural attractiveness of the actor, which is felt even through the photo.

His first big project was the series Riverboat. He shared the shot with Darren McGavin. He did not have a good relationship with a partner was the reason for leaving the show after 20 episodes.

His break with the series Riverboat left an impressive imprint on Reynolds ' reputation. He was not invited to major projects. As a result, the actor was back on TV, played episodic roles in third-rate TV series. 1962 was a saving year.

Dennis Weaver was about to leave the series Gunsmoke, which is one of the most rated shows in the United States. The producers introduced a new character, the blacksmith Quint Asper to make the plot bright. There were 300 competitors but he got the role. He starred in 3 seasons until 1965 and then he left the project because "there was no room for two men."

In 1966, Bert got the main role this time. The movie Navajo Joe was shot, which was the favorite movie of the actor at the same time.

Reynold`s attractive image for women forced the producer Albert R. Broccoli to offer Reynolds the role of James Bond and he refused because he considered this role unsuitable for an American. He had a lot of offers to play detectives.

Reynolds called himself "the famous unknown," which is shot only in those movie, which can be watched "in planes, prisons and other places, where it is impossible to get out." He underestimated his skill.

In 1972, the actor received the title role in the movie Deliverance. He waited for a similar role for 15 years. It is remarkable that Marlon Brando was invited for this role for the first time.

The dramatic thriller tells the story of tourists, who are ambushed by sadists. A strong plot, natural emotions of the main characters made the movie a sensation of the 1970s. The movie Deliverance was nominated for the Oscars, the Golden Globe, the BAFTA Awards but it did not receive any awards.

Reynolds ' career went up. His filmography was supplemented with such projects as Everything You Always Wanted to Know About Sex * But Were Afraid to Ask (1972) of Woody Allen, The Longest Yard (1974). The actor was in the top of 10 highest paid Hollywood stars (4th place) because of the movie White Lightning (1973). This movie remained in the ranking until 1984.

The most important project in Reynolds ' career is the trilogy Smokey and the Bandit. The movies are shot in the best traditions of chases. The actor earned $1 million for his shooting of the first part. His next box office role took place in the comedy Best Friends. He earned $3 million. His record fee was $ 5 million for his participation in the dilogy The Cannonball Run.

Despite the high salaries, the quality of projects with the participation of Reynold deteriorated, there were many failed movies: Stroker Ace (1983), The Man Who Loved Women (1983), Switching Channels, Safe Men (1989). Striptease (1996) with Demi Moore in the main role, this movie was named the worst movie of the year.

The triumphal return of the Hollywood star was the tragicomedy Boogie Nights (1997). The movie helped the actor to receive the Golden Globe for Best Supporting Actor and many Oscars nominations.

In the 2000s, despite his advanced age, the actor continued to play. His final works date back to 2018. Reynolds planned to star in the movie Once Upon a Time in Hollywood (2019) of Quentin Tarantino in the role of the 80-year-old blind man, who rented his ranch to Charles Manson, a serial killer. His progressive illness and old age have disrupted Reynolds ' plans. Bruce Dern took his place.

Burt Reynolds had affairs with the first beauties of Hollywood. From 1963 to 1965, his wife was Judy Carne, a British actress. Then Reynolds tried to arrange his personal life with Dinah Shore for five years, who was one of the most popular solo performers of the 1940s and 1950s. Their affair made a splash because the woman was 20 years older than her lover.

Reynolds had an affair with Inger Stevens shortly before her death in 1970. In 1977-1982, he met with the actress Sally Field. This couple starred together in four movies.

In 1988, Reynolds tied his knot with the actress Loni Anderson. They couldn't have kids, so they adopted a boy named Quinton. Their couple broke up in 1993 when Burt fell in love with a waitress. They were engaged in January 1998 but never married.

Reynolds had a severe injury on his face. The actor had a dysfunction of the temporomandibular joint during the filming of the movie City Heat (1984). He lost 29 feet (13.5 kg) because he could not eat and painkillers, which he was prescribed, led him to years of drug addiction.

Bert and Ryan Reynolds are not relatives despite their same last name.