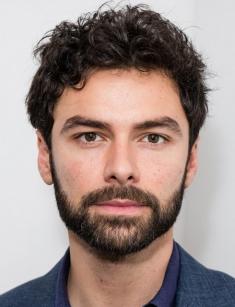 The Universe of Tolkien, the author of the cult among fans of fantasy work The Lord of the Rings, is inhabited by many different peoples, warring and protecting each other. Here meet orcs, elves, and gnomes. The intricacies of the relationship between characters catch the attention of viewers, and shooting in the movie made the unknown before actors famous. The same is about The Hobbit, a prequel of The Lord of the Rings. One of the actors in the star list is Aidan Turner, who portrayed the dwarf named Kili.

Aidan Turner's biography began on June 19, 1983, in the southern part of Dublin Ireland. The future actor was born in an ordinary family without outstanding creative talents.

As the movie star once said, in the family of native Irishmen there were farmers, taxi drivers, employees of the tax service. Aidan's father is an electrician. In his youth, Turner Jr. helped him, being on the hook. However, Turner's heart had never been in craft, and his life's work was a different occupation. Although, as the actor said in an interview, he can change the light bulb, that's all his skills in this field.

In the school years, Aidan never dreamed of becoming an actor. The teenager devoted all his time to dancing, mostly Latin American. Aidan spent more time on the dance floor than he did in a school room, and traveled half the world thanks to competitions he took part in.

Turner engaged in acting by accident. According to the words of the future star, he loved movies but only as a viewer. However, he was lucky to be in a wonderful drama school. In 2004, the young man graduated from Dublin's Gaiety School of Acting and worked for five years on the stage of the Irish Abbey Theatre.

Aidan Turner admitted that his path in the career of an artist could hardly be called rapid. As he recalled, back in drama school, students were explained that they needed to be prepared for frequent refusals, which are routine for starters in this sphere. However, waiting in a line in auditions and denials of directors didn't become a daily reality for Turner.

The actor had a chance to work on the stage of one of the best English theaters, The Barbican, where he appeared in a play called The Plough and the Stars. In 2007, the Irishman appeared in the TV series The Tudors. The actor played the Italian Bedoli in the first season. The next actor's role was a rebel Rossetti in the series Desperate Romantics.

In 2008, the actor was invited to the TV show Being Human, where he portrayed a vampire. When the third season of the history about the vampire was filming, the director of The Lord of the Rings, Peter Jackson, noticed Aidan Turner and invited him to star in a prequel called The Hobbit. Turner shared in an interview that he was overwhelmed when he knew about that and shouted for joy from his balcony at 7.30 am.

In 2012, the first part of the trilogy was released, and the actor gained world fame. Aidan Turner and his colleague, Dean O'Gorman, who played the brother of the dwarf Kili, are recognized as the sexiest actors. It is worth noting that Aidan's height is not dwarf, it's 6'0'' (183 cm) with a weight of about 176, 4 lbs (80 kg).

The actors who worked on the site became friends during the filming that turned out to be tense. For the rising movie star, filming in a large-scale project with Martin Freeman, Elijah Wood, Evangeline Lilly known for TV projects, and others has become a valuable professional experience. According to Aidan, the most difficult was the fact that he had to leave the house for a year, as the shooting took place in New Zealand.

Turner came back to the world of fantasy in 2013 when he starred in a film adaptation of a Cassandra Clare's novel, The Mortal Instruments: City of Bones. In the same year, the Hobbit's adventures continued in the third part of the prequel released in 2014.

After finishing work in a bright fantasy, Turner returned to film in the series. In 2014, the actor experienced a new surge of popularity and adoration of female fans after appearing in the historical drama series Poldark, where he got the leading role of a retired captain who returned to his own estate after the war and was forced to build a life from scratch.

In 2016, the actor got the lead role in the Irish melodrama The Secret Scripture. And in 2017, Aidan was lucky enough to participate in the unique project Loving Vincent, where he voiced the Boatman.

The handsome Irish man successfully manages to keep secret the details of love affairs and relationships that concern thousands of female fans. The actor has no accounts on Instagram or Facebook, which helps to keep his personal life secret. Aidan explains that in addition to the fact that he is far from technology and computers, he also suffers from a lack of time to communicate on social networks.

At the beginning of his television career, a partner in the series Being Human, Lenora Crichlow who played the Ghost became the actor's lover. A couple even moved together, but suddenly broke up when Turner said that he was going to leave the series. The breakup initiated by Lenora was really bad for him, but soon the actor found a new passion.

Aidan had a long relationship with the actress Sarah Greene. The love of young people was carefully hidden from the paparazzi and the press. However, while the career of both gained momentum, the relationship gradually came to naught, and in 2015 the couple broke up. A year later, Sarah told reporters that they broke up by mutual consent and the actors stayed friends.

After that, the star of TV series and fantasy movies was dating the artist Nicky Wakefield. However, this relationship also didn't end in marriage, and Nicky hadn't become Aidan's wife. The former lovers broke up.

In 2018, Mail Online insiders reported that the Irishman got engaged to a mysterious stranger, a lawyer from Gloucester. According to rumors, the woman is younger than the actor for ten years.

The Irishman admits that he wants to play Napoleon, but he is too high for this character. However, he has no problems with other characters. Charming and charismatic Aidan doesn't suffer from a lack of work.

In 2018, the actor starred in the movie The Man Who Killed Hitler and Then The Bigfoot, where he played the lead role. The name speaks for itself. In the plot, the Irishman plays a veteran of World War II who killed the leader of Nazi Germany, Adolf Hitler, and with the instructions of the FBI was trying to kill the Bigfoot.

Besides, the celebrity said that he missed the theater scene. And in June of 2018, the actor returned to the stage, bringing to life the character of a psychopath-terrorist in the play The Lieutenant of Inishmore.