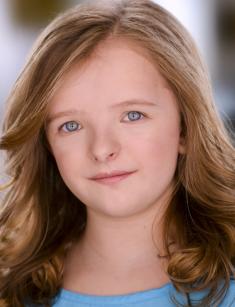 Milly Shapiro in a theater actress who debuted on the big screen with the 2018 horror Hereditary. The artist received many favorable reviews and a Tony Honor for the Broadway performance Matilda The Musical.

Amelia Lee Shapiro was born on July 16, 2002, in Tampa, Florida. Her parents, Michelle and Eric, own a business.

The girl’s elder sister, Abigail, was a vocalist and actress in a Broadway theater. Inspired by her example, Milly took up singing lessons at the age of three; at five, she began to perform. The young talented attended a Montessori until ten. After that, the family moved to New York so that Shapiro could build her acting and music career.

Since that time, Amelia and her sister have given a series of concerts in 54 Below restaurant to support the movement against bullying. The girls became the first underage artists who performed there. The Shapiro sisters work as a duet; they had the debuting album Live Out Loud: Live at 54 Below released; the EP Time Reveals followed in 2017.

In 2013, Milly debuted as an actress in Matilda The Musical staged at Sam S. Shubert Theatre. The young talent gained the lead role of Matilda Wormwood and collaborated with Sophia Gennusa, Oona Laurence, and Bailey Ryon.

In 2016, the artist played Sally Brown in You're a Good Man, Charlie Brown at York Theatre.

In 2018, Milly debuted on the big screen and participated in the horror Hereditary. Many critics called this project the most frightening horror of the 21st century, and Shapiro was named one of the most notable child actors who played villains, just like Samara Morgan (The Ring), Regan MacNeil (The Exorcist), and Damien Thorn (The Omen).

15-year-old Shapiro personified the troubled teenager, Charlie Graham, whose activities are pretty weird: she paints her recently deceased grandmother whom she sees as a ghost and decapitates a dead pigeon by scissors to turn it into a toy. The girl is emotionally detached from her overprotective mother Annie (Toni Collette) and elder brother Peter (Alex Wolff). She often wanders alone, her eyes empty; she eats a bar of chocolate and makes a horrifying sound of clicking her tongue.

The actress commented on her character: “…she was very misunderstood. <…> I really connected with Charlie because I wanted to take care of her. <…> she's like a turtle because they always go inside to try and protect themselves. But on the inside, she's like a snake because she has hidden darkness and is misunderstood”.

The actress received approximately $50 000 for her work in the movie.

Many people who watched Hereditary wonder what is peculiar about the actress’s appearance and what disease caused it. The young woman has a rare genetic illness: сleidocranial dysostosis. The actor Gaten Matarazzo who starred in the fantastic series Stranger Things has the same diagnosis.

People with this condition are born without collarbones, or they are underdeveloped. As a result, the formation of face, skull, and teeth changes. Besides, small heights (in comparison with relatives), underdeveloped pelvic bones, and high, pushed-out forehead. The disease is incurable, and many patients have to fight it for years.

There are many positive and exciting facts about the actress’s personal life. She loves horrors. the Harry Potter universe (Slytherin is her favorite house), and anime (Dark Butler, Princes Jellyfish, and Tokyo Ghoul).

Besides, Milly goes to anime festivals when she has time; the artist is interested in Harajuku, the Japanese street fashion. One can see many theme photos on her pages.

The young woman is a book lover who adores various genres. Besides, Milly likes fishing, boxing, swimming, and cooking. She gladly spends weekends with her two dogs.

Milly eats everything but hummus. She likes to have tea with several tea bags to make her drink stronger. Seven is the actress’s favorite number.

After the successful performance in Hereditary, Shapiro had an episodic role of Emma Rebecca in the comedy series Splitting Up Together.

Today, the actress is looking for a new project and frequents auditions. According to Milly, she would love to collaborate with Tim Burton and Tom Felton.

Although the young woman’s filmography is still short, she continues to develop her professional skills; the actress is sure she will always have something to learn. Milly is notable for her unique spirits and passionate approach to anything she does.

Shapiro is an active user of social networks; she posts personal photos and communicates with fans on Instagram and Twitter.