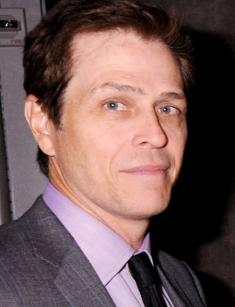 Patrick Whitesell is an American talent agent who has collaborated with top celebrities; he is also known as a successful businessman and the co-founder of the Endeavor Talent Agency.

The future entrepreneur was born into the family of Patricia and John Whitesell on February 4, 1965. The boy grew up with five brothers, all of which devoted their lives to entertainment and the sports industry. The actor and producer Sean Whitesell is probably the most famous among them; the audience remembers him for the HBO’s series Oz.

Patrick went to the Falls High School and then continued his education at Luther College, graduating in 1987.

In 1990, the young man took his first steps in the talent promotion and got hired at the InterTalent agency. Ambitious and energetic, he was developing his career quickly and left the company for United Talent Agency in 1992.

The work in Creative Artists Agency LLC was another milestone for Whitesell; he became the leader of the organization’s talent department. It was not enough for Patrick, though: he wanted something bigger, and life gave him the opportunity: he became the executive at Endeavor Talent Agency.

At this period, Patrick met the firm’s founding father, Ari Emanuel; they decided to merge with The William Morris Agency. This is how William Morris Endeavor Entertainment LLC originated; the company began to conquer the talent agency sphere and succeeded soon.

Whitesell’s customers are famous internationally: Matthew McConaughey, Demi Lovato, Ben Affleck, and others. Besides, Patrick contributed to the movie Ford v. Ferrari: he introduced the project to his old clients Christian Bale and Matt Damon.

Patrick married the TV host and actress Lauren Sánchez in 2005; the lovers had been dating for a while. Two children were born in the family: Evan and Eleanor. There was also a son, Nikko, from the woman’s previous relationship with the athlete Tony Gonzalez.

However, in 2018, the rumors about the spouses’ separation appeared; they proved to be true.

The latest news about Patrick Whitesell pertains to the divorce. The legal procedures came to an end in fall 2019; the ex-spouses agreed to share custody over the kids.

Lauren, who has been the girlfriend of the Amazon CEO Jeff Bezos, can finally feel free to marry him officially. However, the couple is not rushing things. In his turn, the entrepreneur is having an affair with the model Pia Miller.

Patrick Whitesell’s net worth is approximately $440 million in 2019.