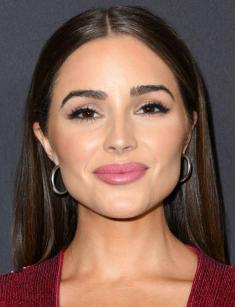 The heart of beauty, as you know, is prone to change, and that can be said about Miss USA and Miss Universe – 2012, known for her stellar love affairs, and scandalous break-ups. Among the ex-lovers of Olivia Calpo were an actor, who was also a musician; a football player, and according to rumors, even an Azerbaijani singer, popular on the Russian stage. However, each of her love stories is unique, and the reason for the break-up is sometimes puzzling.

On the eighth day of May of 1992, in Cranston, the family of Susan and Peter Culpo had a daughter, whom they named Olivia Frances. Before her and after, the Culpo family had two children – the older siblings Pete and Aurora, and the younger ones, Gus and Sophie. At an early age, as the crowned model admitted herself, she was a chubby kid, because, like all her peers, she didn't think about any food restrictions. The girl was bullied all the time by her classmates.

In the future, she also had to endure unflattering remarks about the shape of her eyebrows, which, ironically, have become one of the most praised parts of her body in a world where beauty and style reign. Sports and physical exercises were generally ignored by the young lady, as she devoted all her spare time that she had at an all-girls Catholic School, St. Mary Academy – Bay View, to practice cello.

These classes Olivia hated with all her might, but later, as she matured, she felt grateful to her parents for their perseverance in this matter and for the opportunity to follow in their footsteps. In high school, she caught the sidelong glances of "cool girls" who did not understand why Calpo would attend these extra-curriculum classes, which they considered just stupid and senseless.

She, in turn, dreamed of hanging out with them, but her musical instrument always prevented that from happening, because it could not fit into the girls' car, and so she had to go home alone. At that time, Calpo considered herself the biggest loser on the planet, but then this opinion has changed dramatically. Olivia learned to respect herself for her skills and talent, which let her become a member of the troupe of five orchestras and that gave her an opportunity to go on a tour of England.

Up till she was 20 years old, Culpo didn't know anything about cosmetics and make-up, and how to use it because her mother wasn't exactly interested in it.

"My mom is a natural beauty, she doesn't have any beauty products at all, and she doesn't have fashionable clothes. She just leads her life as she wants. And she finds other ways to express herself. I certainly won't ever judge anyone for having different passion and hobbies. I think that anything you like is beautiful," - said the stunning model in an interview to a glossy magazine.

But then the young girl fell passionately in love with the products that could transform the way a person looked, experimented with hair color and spent hours in shopping malls. However, Olivia didn't even think about working in the modeling industry; her dreams were connected only with acting.

Culpo got into the fashion industry as a student at Boston University, in 2010 signing a contract with Maggie, Inc. And a year later she made her debut on a beauty pageant. But not everything was as easy and straightforward as it seemed at first glance.

At the beginning of the future star's creative biography, the girl was faced with a lack of understanding at home; her parents considered her participation in the contest to be a manifestation of narcissism and selfishness, Olivia also had a lack of experience and financial opportunities, unlike her competitors. But Olivia never gave up her dream: she rented a $20 red mini-dress with a cutout on the back and tried to copy Hollywood stars, who began their career by doing catwalks, for example, Halle Berry. The harsh world of fashion was favorable to the diligent participant and awarded Olivia her first prize.

This prize provided the girl with the opportunity to participate in Miss-USA beauty pageant. There, Culpo impressed the judges not only with the perfect shape of her body (Olivia Culpo's measurements are 34-22-34 inches or 86-56-86 cm at the height of 5 feet 58 inches) but also with her supporting statements about a transgender woman, Jenna Talackova, and her general protection of the transgender community. Even though the tabloids tried to accuse Olivia Culpo of going through several plastic surgeries, their gossips didn't prevent the young model from getting the hold of the precious crown.

2012 continued to be extremely generous to Culpo. In December, she was recognized as the most beautiful woman in the world. After the victory, the authorities of her hometown Cranston could not resist making a generous gift and honored her by assigning her name to one of the city avenues.

Now Olivia continues to work as a model of well-known clothing (Dior, YSL, Calzedonia, Revolve, etc.), cosmetics and skin care brands, which she continually advertises on her Instagram account. Recently the audience was pleasantly surprised to see Olivia Culpo shine on the cover of the Sports Illustrated Swimsuit Issue, published annually by American magazine Sports Illustrated. The girl also started acting in movies.

Olivia made her debut in the film industry in 2014, when she played herself in the movie The Other Woman. After a break, she took part in the filming of American Satan, a thriller movie about the extraordinary influence of music on the listeners, in which Malcolm McDowell himself became her colleague on the set.

In 2018, the full-length films featuring Culpo, I Feel Pretty, and Reprisal saw the light of day. She also appeared in the cookery reality show Hell's Kitchen and starred in the documentary series Model Squad.

Trying to build a happy love life, Olivia Culpo ended up with a long boyfriend list. For two years, Culpo had a close relationship with Nick Jonas, an actor and the lead singer of a boy band, but in 2015, their love affair came to an end. The reasons for the break-up were advancing jealousy of the girl and the fact that both young people were too preoccupied with building their separate careers.

In 2018, the guy officially became the husband of another model, Indian Priyanka Chopra, and at that time Olivia broke up with her new lover Danny Amendola for the second time. In the spring, the couple had an argument about whether Culpo should agree on a topless photo shoot, and in the fall the lovers broke up because the football player spent too much time together with the television beauty, Bianca Peters. However, in mid-January 2019 Olivia Culpo and Danny Amendola were back together again, so it seems that the couple found common ground, resolved their problems and reunited.

Culpo was also said to have had a relationship with Julian Edelman, a football player, and the singer Emin Agalarov. The reason for the rumors about the latter is a music video, the title of which, Amour, puts a certain idea into the mind, as well as close communication during Miss Universe-2013, which back then took place in the Russian capital for the first time in sixty years.

However, the man cut off the rumors once and for all, when he posted a photo of Olivia with her boyfriend and stated that it was not Olivia, but only her character in the music video who fell in love with the singer. Besides, there were media reports about the supposed love affair between Olivia Culpo and Tim Tebow, who were said to have had a romantic relationship for two months.

During this year, the model was a guest on several late night television shows and pleased her fans with many interviews with different publishing houses.

On Twitter, Olivia Culpo once opened up that mediation, jogging, and yoga help her relieve stress after work. The fans also found out who her favorite stars were: Ryan Gosling and Tom Hanks, and the girl did not care about their style or clothes that they wore, according to her, Olivia liked their personalities.

Olivia Culpo, a 26-year-old woman, has a net worth of $3 million. Besides the fashion industry, Olivia is currently trying herself in acting, working on the sets of different movies and television shows, as well as managing a family restaurant, Back 40. Sometimes, Olivia Culpo becomes a center of the media attention, which gossip about her wardrobe malfunction, when she wears a bold outfit, but despite the gossiping, everyone eventually agrees that she is the one who can pull it off.

For example, she appeared on the CMA 2018 (The Country Music Association Awards) red carpet wearing a sheer bodysuit dress, impressing both her colleagues and admirers. Her fans make collages of all Olivia Culpo's looks and post them on her Reddit fan page. In January 2019, Olivia Culpo released her first clothing line, which is currently gaining momentum in the fashion world. As an actress, she appeared in the comedy movie The Swing of Things and the drama film Tired Lungs.

A multi-million army of fans follows the working days of Olivia Culpo on Snapchat and Instagram, where she willingly shares sensual pictures in a bikini and mind-blowing dresses, not hesitating to appear in front of fans without any make-up on. However, Olivia Culpo also loves to post various short hair pics, and make-up looks, preferring to using nude colors on her eyes and making the accent on the lips.