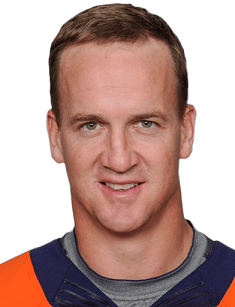 Peyton Williams Manning is a former American professional football player who performed for the Denver Broncos of the National Football League (NFL) on a quarterback position. Before, he had played for the Indianapolis Colts for fourteen seasons.

Peyton Manning took part in the 1998 NFL Draft where was selected by the Indianapolis Colts. He started his way with the franchise as a rookie and performed for the team for 13 seasons till the neck injury which made him miss the whole 2011 season. Having recovered from the trauma, Manning was traded to the Denver Broncos. The player had been fighting for this new team from 2012 to 2015.

Peyton is the fastest player to pass for 50,000 career yards and 4,000 completions. He was one of the best football players in his times – so, its high time to get acquainted with this sport star!

Peyton Manning was born on March 24, 1976 in New Orleans, Louisiana, to the family of Olivia Williams and Archie Manning. His father was a former NFL quarterback.

As a kid, Peyton studied at the Isidore Newman High School. There he joined their football team. He later entered the University of Tennessee, and his football career continued there as well.

Having entered the University, Peyton joined its students' football team and started training under head coach Phillip Fulmer. In his first year, the player was used as the third-string quarterback. During the season's fourth game, which was against Mississippi State, starter Todd Helton got injured, and Manning took over. In his freshman season, Manning showed perfect stats - 89 of 144 for 1,141 passing yards, 11 touchdowns, and six interceptions.

The next year of games was started with victories over East Carolina and SEC rival Georgi. Playing against Florida, he threw for 326 yards and two touchdowns – it led his team to a 30–21 halftime lead. However, the Gators outscored the Vols 41–7 in the second half, winning 62–37. So, Peyton finished his sophomore season 244 of 380 for 2,954 passing yards, 22 touchdowns, and four interceptions. In his third studying year, Peyton finished in eighth place in the Heisman Trophy voting. In his senior season, the Vols opened the season with victories against Texas Tech and UCLA, but for the third time in his career, Manning fell to Florida 33–20.

Totally, in his four-year football career at the University, Peyton Manning passed for 11,201 yards, registered 863 completions, and connected for 89 touchdowns. He was so deep into the game that he used to watch game films to study his opponents.

As a student, Manning was mixed up with a sexual scandal. So, trainer Jamie Ann Naughright accused Peyton of sexual assault after he pressed his genitals against Naughright's face during a foot examination. Trying to explain it, Peyton said he was just making a prank by «mooning» another athlete in the room at the moment Naughright bent over to examine him. Both Naughright and the other athlete deny Manning's story. As a result, the University paid the trainer $300,000 for its alleged failure in for incident, and the woman left the establishment. Remarkably, by that time, Naughright had already made 33 complaints about the University.

In 1998 Peyton Manning joined the Indianapolis Colts after being selected in the 1998 NFL Draft. The team was going through an elongated phase of hard luck and high losses, and they hoped Manning to save the team.

In his first year, the sportsman passed for 3,739 yards with 26 touchdowns, set five different NFL rookie records including most touchdown passes in a season, most interceptions (28) in a rookie year, and was named to the NFL All-Rookie First Team. Peyton's first career win was against fellow rookie Leaf, 17–12 over the San Diego Chargers in Week 5. Generally, his rookie year was a mix of phases of brilliance and struggle as he faced some unexpected growing pains. But the early struggles led to future success - over the next 13 years, Manning became undoubtedly the game's best quarterback and the face of a high-powered Colts team that regularly contended for the NFL's top record.

Manning was honored with his first MVP award in 2003 and later earned the same award three more times (2004, 2008 and 2009). This made him the first NFL player ever to achieve that merit.

In 2007, he hushed all the criticism by overthrowing his longtime rivals, the New England Patriots and quarterback Tom Brady, in the AFC title game, and then went on to smash the Chicago Bears in Super Bowl XLI.

So, the sportsman had been representing the Indianapolis Colts till 2011 when he got seriously injured. On July 30, 2011, the Colts signed Manning to a 5-year, $90 million contract. Upon his release, Colts owner Jim Irsay announced that no Colt will ever wear the No. 18 jersey again, and it was formally retired on March 18, 2016. On the NFL Top 100 Players of 2012, Peyton was ranked 50th by his peers despite not playing in the 2011 season.

In 2012 Manning started playing for the Denver Broncos. The same year he made his first appearance as a Bronco in a preseason game against the Chicago Bears. 2013 was successful for both team and Peyton – they advanced to Super Bowl XLVIII (where Peyton starred alongside John Malkovich). Besides, the year was marked by Manning's fifth MVP appearance. Moreover, in 2013, Manning broke the record for most touchdown passes in the first three games of a season after throwing 12 and he finished the regular season with 55 touchdown passes, in addition to throwing for a league record 5,477 yards. In 2014, the player became NFL all-time leader in passing touchdowns. The next year, the franchise also succeeded to take part in Super Bowl.

In 2015-16 Manning started thinking about retirement. He announced the decision to leave his long career on March 7, 2016. There are his last words before he stopped performing – «I've fought a good fight. I've finished my football race, and after 18 years, it's time. God bless all of you and God bless football.» Totally, Peyton Manning spent 18 seasons in games.

On October 7, 2017, in a ceremony attended by hundreds of fans, the Colts unveiled a bronze statue of Manning outside its Lucas Oil Stadium. Manning was also inducted into the Indianapolis Colts Ring of Honor and became the first player to have his jersey retired by the Colts since the team moved to Indianapolis.

Interestingly, in his career, Manning has had constant opponent – Tom Brady. They’ve faced each other in the playoffs for more than 5 times. Their first meeting was in the match on October 21, 2001, when the Colts fought against the Patriots and lost. When Manning retired, he took part in «Roast of Rob Lowe» which became popular in network.

In 2018 Manning criticized Kansas City Chiefs quarterback Patrick Mahomes and Cleveland Browns player Baker Mayfield. He totally broke him down in social media through posts criticizing his style of playing.

After 18 NFL seasons, Manning remains one of the NFL’s highest-paid players. So, his $12 million in endorsements is more than any other NFL player, narrowly edging out Drew Brees (11M) and younger brother Eli (8M). Peyton’s net worth is evaluated at $200 million.

They started dating when Peyton was a blue-chip recruit heading to the University of Tennessee. Ashley had grown up in Memphis, and her neighbor introduced her to Peyton.

The couple got married in Memphis on March 17, 2001 — St. 'Patrick's Day. The date factored into 'Manning's career 11 years later, when he put off a decision on which team to sign with as a free agent so he and Ashley could celebrate their 11th anniversary in 'Tennessee's Smokey Mountains.

Interestingly, the woman has always had an enormous impact on Manning's career. In fact, according to Manning’s words in an interview, her advice was a big reason for him to keep playing, to come back to games after his trauma. After a succession of neck surgeries caused Manning to miss the entire 2011 season and ended up ending his tenure with the Indianapolis Colts, Manning considered retiring rather than going forward at what figured to be less than perfect health.

The player referred to Ashley and listened to her advice.

Ashley and Peyton welcomed twins — a daughter named Mosley and a son named Marshall — in 2011. Remarkably, neither Ashley nor the twins were at Peyton's introductory press conference in Denver, continuing a tradition of staying out of the spotlight.

After his retirement, Manning starred in two Nationwide commercials alongside Brad Paisley in 2018.

Besides, he dedicated himself to singing, signed contracts with various studios, performed at the Country Music Awards ceremony.

In 2019 Peyton visited Eric Church's concert where he alongside swimming icon Michael Phelps did shots of Jack Daniel’s whiskey.

Speaking about Manning’s political views, the only donation he made during the 2016 presidential election cycle was to former Florida Governor Jeb Bush. Manning donated the maximum allowed $2,700.00 in August 2015.