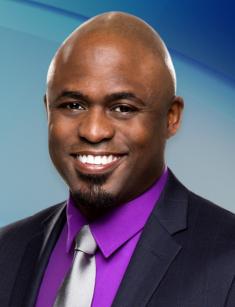 Wayne Brady is a popular actor, who has appeared in numerous famous TV shows and movies. He is also a singer, as he had recorded several songs for the series and is going to issue an EP album. As a comedian, Wayne performed in a significant number of comedy shows.

The actor was born in Columbus, Georgia. When he was a kid, his family moved to Orlando, Florida. Wayne spent his early years with grandmother and aunt. His grandmother replaced his mother as she did a lot for him during his childhood. Wayne called her as his "mom," saying that she was the person who meant a lot to him. As a child, Wayne struggled with stuttering; he said it was connected with being bullied by other children.

As a teenager, Wayne became interested in acting and he joined the community theater. He took part in numerous performances. Hereafter, he began practicing his improvisation skills.

In 1989, Wayne got an education at Dr. Phillips High School. Next year, he entered the University of Miami.

In 1996, Wayne decided to move to Los Angeles as he had a goal to develop his acting skills further. His career took off when he appeared on national television. Firstly, Wayne became a recurring contestant on the sketch comedy competition. After that, he was in the team of the improvisational theater performers in the British version of the short-form improvisational comedy television show Whose Line Is It Anyway?. Wayne worked hard and his talents were noted by many professionals. He became a regular on the American version of the show, hosted by Drew Carey. Wayne was delighted to get this position as it was his first television experience.

In 2001, Wayne presented his own show called The Wayne Brady Show. He also starred in a daytime talk show of the same name and received four Daytime Emmy Awards. The actor appeared on The Drew Carey Show in 1999 and 2000.

Wayne Brady is a talented singer. He is the author of the theme song for Disney's animated series The Weekenders. He performed this song himself and got praise from the audience. In 2005, he presented his new recording of Jim Brickman's original Disney song "Beautiful". Wayne issued his debut album in September 2008. For his version of Sam Cooke's "A Change is Gonna Come" he was given a Grammy Award nomination. In 2011, Brady took part in the song "Dedication To My Ex (Miss That)" by Lloyd, which featured Lil Wayne and Andre 3000.

In 2006, the actor was the host of the talk show named That's What I'm Talking About. In a show, Wayne raised the question concerning the role of African-Americans in the entertainment industry. He has been hosting the reality show Celebrity Duets for several months. The show combined celebrities of different backgrounds with professional singers in a weekly elimination competition.

Brady made several guest appearances on the famous CBS sitcom How I Met Your Mother. He had the role of James Stinson, the gay brother of Barney Stinson.

The actor appeared as a guest in the CBC comedy Getting Along Famously. He starred alongside his former costar Colin Mochrie. Wayne has also appeared in the episode "You Don't Know Jack" of the television series Dirt.

Wayne Brady was a guest in the sitcom Everybody Hates Chris in the role of Julius Rock's gifted younger brother, Louis. He then hosted a singing game show called Don't Forget the Lyrics!. The show was closed in 2009. In October of the same year, the actor started hosting an updated version of the game show Let's Make a Deal.

The actor was the guest host in the 2010 episode of a professional wrestling television program WWE Raw. Later that year, Wayne appeared in a staged production of musical Rent at the Hollywood Bowl; he played the role of Tom Collins. He then starred in a British television series Fast and Loose. The series was hosted by Hugh Dennis.

In 2011, the actor amazingly performed in the show Dancing With The Stars. He did it in a tribute to the famous singer James Brown.

Next year, the actor starred in the ABC improvisational comedy series Trust Us with Your Life. In 2018, Wayne played in the science fiction drama Colony as Everett Kynes.

In October 2019, the actor starred in the Youtube documentary. In the video, several comedians discussed questions concerning mental health. In December, he became the winner of the show The Masked Singer Season 2; Wayne performed on the stage in a costume of the Fox. Judges Ken Jeong, Jenny McCarthy, Nicole Scherzinger, and Robin Thicke guessed as to who might be under the disguises. Host Nick Cannon did his best to gain more information from the singers. He asked them after their performances for one more hint. Masked Singer winner Wayne Brady decided to continue his music career after performing in the show. Brady already dropped a new single called "Flirtin' With Forever." In addition to his single, the comedian is also releasing an EP album at the end of January 2019 called Been Here. The actor is also planning to appear during the third season of The CW superhero drama series Black Lightning.

The actor had great success performing in theater. He started his performances in 2004 and became a member of the Broadway shows of Chicago. He got the role of lawyer Billy Flynn. He also guest-starred on the series Stargate SG-1, the Canadian-American military science fiction adventure TV series.

In November 2015, Wayne replaced Billy Porter as Lola in the musical Kinky Boots on Broadway and worked there until March 2016.

In 2017, the actor got the lead role of Aaron Burr in the PrivateBank Theatre production of Hamilton in Chicago.

The actor is now known to have no serious relationship. Diana Lasso was his first wife. They married in 1993 but split up two years later. In 1999, Wayne married a dancer, Mandie Taketa. However, they were not happy in their marriage and decided to break up in 2006; officially, they divorced in 2007. Speaking of kids, Wayne is the father of Maile Masako Brady, his daughter from the second marriage.

The actor is actively involved in charity work. Since 2007, Wayne supports Ronald McDonald House Charities. He also joined the celebrity board, which is called the Friends of RMHC.

It is known that the actor had had depression and even had to undergo treatment. He thanked his second wife Taketa because she had helped him a lot while he was recovering.

The actor is equally active in social media as in his profession. Wayne has more than 370,000 followers on Twitter. On Facebook, the comedian has over 100,000 readers. Furthermore, Brady has around 190,000 followers on Instagram.

The celebrity has an estimated net worth of $10 million.