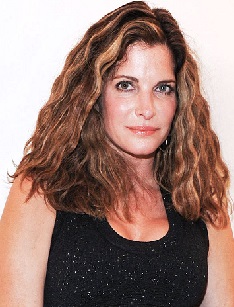 Stephanie Michelle Seymour is a famous American model and actress who has partnered with several luxurious brands and companies and has appeared in numerous issues of magazines like 'Vogue' and 'Playboy.' In her career, she has also worked with Victoria's Secret.

Nowadays, she is named the inspiration of almost every newcomer in the modeling industry. Seymour was included in North American FHM's list of '100 Sexiest Women of 2000' – she holds the 91st place. She was once also chosen by People for its list of '50 Most Beautiful People in the World'

Her movie career is also successful. She is known for acting in the movie Pollock as well as in the drama series Law & Order: Criminal Intent.

Stephanie Seymour was born on July 23, 1968, in San Diego, California, the United States to the real estate-developer father and hairstylist mother. She was their middle child. Stephanie began her modeling career working for local newspapers and department stores in her hometown when she was 16. In 1983, she got to final at the inaugural Elite Model Management Look of the Year modeling contest (now called Elite Model Look).

At the beginning of her career, Stephanie Seymour modeled for 'Sports Illustrated Swimsuit Issue' and 'Vogue.' From 1993 to 1999, Seymour was one of the lead models for Victoria's Secret. At that time, the model also posed for the Playboy magazine. She was named one of the most famous and outstanding supermodels of the 1980s and 90s along with Kate Moss, Naomi Campbell, Linda Evangelista, Christy Turlington, Cindy Crawford, and Claudia Schiffer.

They dominated glossy magazine covers, billboards, and runways around the world in the 90s. The magazine Vanity Fair would later have the girls cover an issue photographed by Mario Testino, called "—A League Of Their Own."

In 2006, the model appeared in a campaign for the high-end fashion brand, Gap, along with her kids. Also, she modeled for Salvatore Ferragamo's campaign for fall/winter 2007/2008 collection.

In 2017, Seymour became a co-founder of the lingerie line titled Raven & Sparrow. This line features stylish vintage-inspired pieces, ranging from rompers and camisoles to silk nightgowns and robes.

Generally, in her career Stephanie has worked with Patrick Demarchelier, a French photographer and Helmut Newton, a deceased German-Australian photographer.

Stephanie Seymour got her first acting role in 1994 - in the video game titled Hell: A Cyberpunk Thriller. Later she was invited to star in the 2000 picture Pollock.

In 1992 she was featured in Guns And Roses’ music video «November Rain.»

Two years later, fans could see her in an episode of the drama Law & Order: Criminal Intent.

Stephanie Seymour’s net worth is evaluated at $15 million.

When Stephanie Seymour was 16, she started dating the much older head of Elite Model Management, John Casablancas. He was 42 years old and had a wife and kids. They lived together for some time before parting ways.

In 1989 the model married American guitarist Tommy Andrews. The spouses welcomed their son Dylan Thomas Andrew in 1990. However, their marriage ended in divorce.

Later Stephanie Seymour started dating singer Axl Rose, the lead singer of Guns N' Roses. She appeared in three music videos by Guns N' Roses: "Don't Cry", "November Rain", and "Estranged". The couple split up in February 1993. In August 1993, Rose accused Seymour of assaulting him and stealing more than $100,000 worth of jewelry. Seymour countersued claiming he was physically abusive. Seymour subpoenaed Erin Everly, Rose's ex-wife, to testify that she was also abused by him. The lawsuits were eventually settled.

Having broken up with Axl Rose, Stephanie began a relationship with entrepreneur Peter Brant. He was married at that time. Seymour gave birth to Brant's son, Peter II, in 1993 and the man eventually married Seymour in 1995. The couple welcomed another son, Harry, in 1996 and daughter, Lily Margaret, in 2004. She filed for divorce from Brant in 2009. However, the two reconciled the following year. Peter Brant is Seymour’s current husband.

Stephanie Seymour has a perfect body – that's why he is never ashamed of being shoot naked. As she shared on The Oprah Winfrey Show, the woman does run tracking, pilates, and diving to keep fit.

Nowadays, popularity of Stephanie Seymour and her former colleagues is reducing because of a new generation of models, such as Kendall Jenner and Gigi Hadid. Once the woman was asked by journalists in an interview what she thought about them. She answered:

«They are completely different than we were. Supermodels are sort of the thing of the past. They deserve their own title – «bitches of the moment».