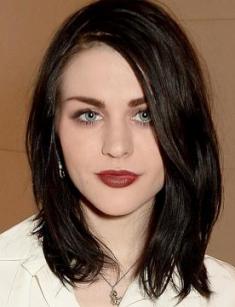 Parents’ fame does not imply a happy childhood for their kids. Frances Bean Cobain is known as an artist and the daughter of Kurt Cobain and Courtney Love; she owns millions of dollars. Today, the regrets two things: she grew up fatherless and improved the relationship with her mother only when she became an adult.

Frances Bean Cobain was born in Los Angeles on August 18, 1992, into the family of the iconic rock musicians, Kurt Cobain and Courtney Love. The parents named their daughter after Frances McKee, the vocalist of the group The Vaselines. The godparents, the actress Drew Barrymore and the musician Michael Stipe, gave her the name “Bean”. Other sources claim that the father called her when he saw the ultrasound scan: the baby looked like a bean.

The first scandal related to Frances happened before she was born: Courtney Love said she used heroin at the early stage of pregnancy, unaware of her condition. As a result, children’s services took the baby after her birth. The careless parents denied that information and explained in the court that it was a PR stunt.

The girl came back to the family. However, Courtney Love and Kurt Cobain could not take proper care of her: the young mother often got into rehabilitation centers trying to get rid of her substance abuse. Thus, the grandmother and aunt looked after little Frances.

When the girl was a year and eight months old, the father died; he was said to have committed suicide. In 2015, the daughter of the Nirvana frontman told Rolling Stone that Kurt was not “another guy who abandoned his family in the most awful way possible”. She added that growing up without her dad was one of the most bitter things she regretted; it “would have been an incredible experience” to have one.

Frances was a diligent student and graduated from school in Seattle; she continued her education at Highland Hall Waldorf School in Northridge. The teenager showed her desire to find her own style: she experimented with her hair color, got body piercing, and wore bright makeup.

Frances’s relationship with her mother was challenging. Courtney was not interested in her daughter’s life; 17-year-old Cobain sued her and told a judge that her mother frequently took medicine, behaved inadequately, and often fell asleep in her bed with a cigarette. Eventually, Courtney Love was obliged to keep away from Frances.

In 2015, the mother and the daughter made amends. Today, one can see them shopping together or visiting social events.

On August 10, 2010, it was revealed that Frances Bean Cobain inherited 37% of her famous father’s property. Besides, the young woman owns the rights on the musician’s songs.

The financial independence allowed the celebrities’ daughter to look for the meaning of her life and try herself in various activities. In 2008, she worked for Rolling Stone and took up singing classes. In 2010, she could play Alice in Tim Burton’s new project, Alice in Wonderland, but rejected the offer; as Frances explained, she was preparing for the university.

Painting really attracted Frances. In 2010, she held her first personal exhibition in her home city; the artist used the pseudonym “Fiddle Tim”. The exhibition name and captions were contained swear words. Dark colors predominated; Frances portrayed monsters and half-naked fat people mostly. The paintings were sold quickly; the prices varied from $200 to $400.

Despite her young age, Frances is already divorced. She used to date the musician Isaiah Silva for a long time; the couple married in 2014 or 2015, according to different sources. Journalists compared the woman’s husband to her father: indeed, Silva bore some resemblance to Kurt Cobain.

The marriage did not last long: in spring 2016, Frances filed for divorce. As Cobain mentioned in her interviews, she realized soon that the man married her to get access to her father’s fortune. Because Frances initiated the procedure, she had to pay spousal support: $12 000 monthly for four months. The artist did not mind it: she just wanted everything to be finished as soon as possible.

The divorce was not peaceful, though: the former spouses had property disagreement related to Kurt Cobain’s Martin D-18E guitar. While Isaiah Silva claimed that Frances gave it to him as a wedding present, the daughter denied it.

Kurt’s daughter was frequently invited to work as a model: she looked beautiful, and her height was 5.74 feet (175 cm.). Initially, the artist did not like the idea but changed her mind in 2017 and became a spokesperson for Marc Jacobs; she presented the clothing line for the spring-summer season.

While the divorce procedures were still carried on, Frances began to date Matthew Cook, the vocalist of The Ceremonies. On February 9, 2018, the couple came back from the romantic trip to Beverly Hills. They also posted the photo on Instagram when they celebrated the first year of their relationship in the Mastro restaurant: Cook and Cobain were kissing, and there was a piece of cake nearby. However, at the beginning of summer, the lovers broke up.

On April 6, 2018, Frances posted on Instagram the debuting song she had created to the anniversary of her father’s passing. The video was home-made; the singer performed a cappella because she could not play the guitar with her manicure.

“I think I saw you when I was small, I think I found you, a penny for your good thoughts”, she sang.