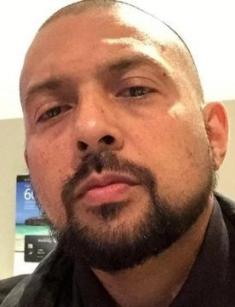 Sean Paul became famous in the early 1990s; fans all over the world love him. The musician topped music charts with the song “Gimme the Light”; another hit, “Get Busy”, brought him international recognition.

Sean combined reggae dancehall and hip hop and gained the audience’s and critics’ appreciation. The man collaborated with Beyoncé, Meghan Trainor, Enrique Iglesias, and other celebrities. Today, Paul is both an independent artist and music producer.

Sean Paul Francis Henriques was born in Jamaica on January 9, 1973. The mother was Chinese, and the father had Portuguese roots. The family lived in Kingston and got familiar with the tolerant mixture of cultures, traditions, and worldviews. Jamaica is the place of many religions including Christianity, Voodooism, and Paganism; the rich nature and poor population coexist there.

Sean Paul’s family was wealthy enough to provide the boy with proper education. Young Sean Paul knew he would become a musician. The Jamaican atmosphere was full of reggae rhythms, and one could not but pick it. The would-be singer’s mother supported her son in his artistic interests; the woman herself was a painter.

She wanted her son to learn how to play the piano, but the young man resisted: he did not want to work with someone else’s works and read music. What Sean really wanted was creating songs and performing them.

The 13th birthday brought the Yamaha keyboard as a present. The teenager connected it to his computer and learned how to record tunes and arrange them.

Sport was Sean Paul’s second passion; he even participated in international and national competitions. The load was heavy, and the young man needed to express his emotions. Disco parties gave such an opportunity. This is where Sean Paul got familiar with DJing.

Sean dreamed of producing, but he was equally good at writing music and lyrics. He felt an affiliation with his country’s social and political life, and the debuting songs pertained to the social sphere: Sean Paul drew attention to violence, poverty, and stagnation in Jamaica.

Soon, the father’s friend, the guitarist of the local reggae group Super Cat, noticed the young man’s potential and became the beginner’s mentor: he gave him recommendations about the further development. It was more beneficial for a young artist to sing about women and free love, and Sean had to change his focus as he joined the group Third World.

The singer was creating demo recordings, but they did not bring the expected success. In 1996, Sean met the manager who helped him improve the situation. The song “Baby Girl” was the first success and proved to be a great hit in Jamaica.

Later on, the producer Jeremy Harding offered the artist to collaborate; the songs “Infiltrate” and “Excite Me” were created at that period and made the young talent famous. “Deport Them” also added to Paul’s fame in the United States. Many people all over the country were listening to it, and the New York hip-hop community appreciated it.

Soon, Sean was invited to the Hot 97's Summer Jam; he became the first reggae artist who participated there. The musician met Snoop Doggy Dogg, Big Daddy Kane, and other celebrities and started his experiments to fuse reggae dancehall and hip-hop.

In 1999, Sean Paul recorded the duet song “Hot Gal Today” with Mr. Vegas; it became the soundtrack for Shaft (2000) with Samuel L. Jackson. The next year, the debuting album Stage One came out; Sean also continued to cooperate with Mr. Vegas and DMX and recorded the hit “Top Shotta”. By that moment, the singer was named one of the most promising reggae musicians, and the tour in Europe, America, and Japan brought many new fans and the fundament for the future works.

As Sean was creating the second album, he used the assistance of his manager Jeremy Harding and the second producer, Tony Kelly. Dutty Rock was released in 2002 and made a revolution in hip-hop. The songs conquered American music charts; the album got into the top ten albums, and the sales reached one million copies. Radio stations gladly broadcast his music. The artist strengthened his position by the duets with Blu Cantrell and Beyoncé; hip-hop kings, such as 50 Cent and 112, offered him to collaborate.

Sean Paul did not limit himself with singing; he also took up producing young talents to promote his favorite genres. The artist is sure it is possible to work on reggae dancehall as a singer and manager at the same time. His solo works remain top-quality, and new duets please fans, too. In 2016, the song and music video “Cheap Thrills” with Sia was presented. At this period, the singer contributed to Clean Bandit’s “Rockabye” and Dua Lipa’s “No Lie” (2017). 2018 brought the track “Hey DJ” with CNCO and Meghan Trainor.

Sean Paul has always been an object of girls’ admiration. Handsome and talented, the young man had many romances that did not lead to anything serious. The artist settled down in 2012 and married the TV presenter Jodi Stewart.

The man often went out with his family, and his marriage was, undoubtedly, strong and happy. In 2017, the couple’s first child, the son Levi Blaze, was born; the father was 44 years old at that moment.

Nowadays, Sean continues to develop his music career. 2019 has brought the song “Contra La Pared” with J Balvin. He also collaborates with young singers as a producer and co-creates new hits with colleagues.

The musician has an Instagram account; he regularly shares pictures and writes about his plans and achievements, as well as shows his family moments. Besides, he often participates in charity projects.