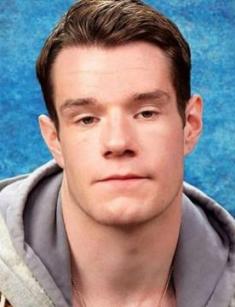 Connor Swindells is a British actor who is gaining star fame in the world of cinematography. The debut of the young man was victorious. He gets into the box office series and instantly stands out in the ranks of new stars. His idols are American actors Ryan Gosling, Joaquin Phoenix, Clint Eastwood, and Steve McQueen. Despite an unhappy childhood, Connor is grateful for everything. He carries the experiences of his early years and youth around him all the time and brings them to his roles, which, for the audience, look emotional and natural. That is for what fans love him.

Connor was born on September 19, 1996, in Lewes, East Sussex. Little is known about his parents. He is an Englishman by nationality. It is known that his mother, Phoebe, died when the boy was seven years old. The woman had bowel cancer. After the tragedy, little Connor moved to live with his father Ian to his grandparents.

The actor, remembering the young years of his biography, says that the death of his mother had a significant influence on him. Because of his worries, he rebelled a lot, sometimes not even understanding himself. In adolescence, he became merely unmanageable, and that always was causing his family trouble.

"I hated school, and the school hated me," says Swindells.

At the age of fifteen, he started engaging in boxing. According to the actor, sports helped him cope with anger and alleviate the pain of loss. In the ring, he did not have to hide his emotions, and therefore, it was a perfect environment for being oneself.

However, in boxing, the young Swindells also had trouble. Between fights, the guy needed to keep weight to remain in a certain category. He was so serious about this issue that in the end, the teenager developed an eating disorder. Remembering that period, Connor said that he had to go for a run every morning to lose weight and eat nothing.

At the age of seventeen, after the injury, the guy had to take a forced vacation. For two weeks, he tried to listen to himself and came to the conclusion that his body was exhausted and he did not want to box anymore. Connor decided to find a job and went with his half-brothers to the construction site.

When Connor was 13 years old, he took part in the production of a school theater play. It was a pleasant memory. He wanted to continue to engage in acting but was afraid of getting rejected. One day the teacher told the young Swindells that his place was on television and in the movies, where he would see him sooner or later. For Connor, that conversation was a revelation; no one had ever spoken to him like that before. This instilled faith in the young man, and he decided to try his hand at acting. Brothers supported Swindells.

"They wanted me to do something bigger and better, so they pushed me to do it," the actor said in an interview.

Connor asked his cousin, who worked as a casting director, to help him with an audition. Swindells made a recording in which he tried to show his acting skills. The relative sent it to agents, and after a short time, the guy began to receive offers. After that, Connor had a personal agent who helped him find roles in projects.

The career in acting turned the young man's life around. The only problem, according to Connor, is the fact that his childhood trauma caused by his mother's death and complicated relationship with his father leave a mark on every single role of his.

"When I do something really emotionally difficult, I have moments when I start to think: "Is this what I want to do?"- admits the actor.

He had moments when he got deeply into the character, bringing his experience to the set and reflecting it through his role. The actor cried and was in hysterics, to the point when Connor would leave the set to be able to calm himself down. The sincerity of emotions and ugly truth on the screen provide him with success in movies and television series.

The actor is also known as a model. His is 6 feet tall, and he weighs 165 pounds.

In 2017, Connor got a role in the TV drama Harlots, which tells the story of the owner of a brothel Margaret Wells. The actor was invited to play Mostyn; in this character, he first appeared in front of a broad audience only in one episode. This was followed by another small work in another series Jamestown in the role of Fletcher.

In the same year, the actor was invited to star in the thriller film The Vanishing directed by Kristoffer Nyholm, in which Gerard Butler and Peter Mullan played the leading roles. Connor played Donald, one of the lighthouse keepers, who eventually got killed.

In 2018, Swindells starred in the low-budget movie VS. directed by Ed Lilly. The actor played the part of Adam – a young man with a painful fate. He is brought up in a foster family and can not establish a healthy relationship with his mother. The guy has a quick temper, and that gets him in a lot of trouble through his life experience. A girl introduces Adam to the rules of rap battles, and suddenly, the rebel finds his voice on stage.

In 2019, the actor's filmography was replenished by another project – the drama television series Sex Education, after which the number of fans of Swindells increased dramatically. Together with Connor, the television series stars Asa Butterfield and Gillian Anderson. Swindells plays Adam Groff, the headmaster's son. He has a problematic relationship with his father and the glory of a bully.

On the set of the Sex Education television show, Connor Swindells began to go out with Aimee Lou Wood. She also starred in this project, and in the story, the actors play lovers.

According to the script, the relationship of the two young people came to a standstill, but in real life, everything is different - Connor and Aimee understand each other perfectly and have a lot in common. On Swindells' birthday, the girl wrote a post that confirmed the hopes of their fans - the actors were not just colleagues and friends, but so much more. That is how their love became official. This information is confirmed by various joint pictures of the couple, that the two people post on their social media accounts.

Connor Swindells has a net worth of $200,000. After the success of the first season of the series Sex Education, the creators announced the continuation of filming. Now Connor Swindells is working on the new episodes in the role of Adam Groff.