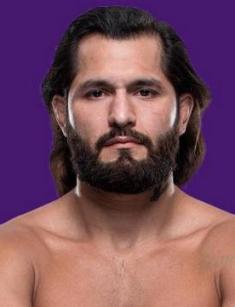 It is not as easy to the best athlete, but American fighter Jorge Masvidal, nicknamed Gamebred, managed to reach the Olympus thanks to his power and perseverance. He holds the record for the fastest knockout in UFC history, defeating Ben Askren via a flying knee 5 seconds into the first round. As of July 2019, Gamebred is #3 in the UFC welterweight rankings.

Jorge Masvidal was born on November 12, 1984, to a Cuban father and a Peruvian mother. He is an ethnic American who was born and raised in Miami, Florida. The man represents the United States of America in the octagon.

As a child, Masvidal was an aggressive boy and was often involved in fights. His amateur fights were recorded on a video, and now they can be found on YouTube. Once older guys organized a so-called fight club in the backyard of the school. They falsely assumed that 14-year-old Jorge could not resist the main local bully, who turned 19 years old.

St. Brendan High School authorities put up with Masvidal’s addictions to street fights for a long time, but in the end, the young man was expelled. Jorge devoted his free time to training.

Jorge Masvidal began his professional career on April 11, 2003, when the 19-year-old athlete performed at the Fast and Fearless kickboxing tournament. In May of that year, the fighter made his MMA debut. Masvidal won fights one after another. The novice fighter mainly knocked out his rivals. However, the sixth battle in Jorge’s career with Brazilian Raphael Assunção ended in a defeat.

At AFC, Masvidal participated in 19 fights, winning 16 of them. In April 2009, he made his debut at the Bellator tournament, knocking out his opponent, American Nick Agallar. In the semi-finals, Toby Imada was stronger, defeating Masvidal in the third round via inverted triangle choke submission.

Masvidal made his successful UFC debut against Tim Means on April 20. After three months, Gamebred replaced Reza Madadi in the battle with Michael Chiesa. However, it was too early to enter the ring since the fighter did manage to regain strength. In the first round, Masvidal was dropped by the opponent's punches, but he managed to take control and won in the second round. In his third UFC fight, Masvidal faced Rustam Khabilov. Although the Russian fighter won via unanimous decision, the American athlete first got the Fight of the Night Award.

In April 2015, Masvidal faced Al Iaquinta. The fight is considered one of the most controversial in UFC history. Iaquinta won the bout via a split decision, but 13 of the 15 significant sports publications named Masvidal the hero of this event. The battle against Cezar Ferreira in July of that year earned Gamebred the first Performance of the Night Award.

Two losses to Benson Henderson and Lorenz Larkin were followed by victories over Ross Pearson, Jake Ellenberger, and Donald Cerrone. The last rival nearly finished the fight in the last seconds of the first round, but Masvidal could take control and win the battle by technical knockout in the second round. At the end of 2017, Jorge lost to Demian Maia and Stephen Thompson.

The number of defeats increased, and in 2018, Jorge Masvidal devoted himself to persistent training. As a result, he won resounding victories over Darren Till and Ben Askren. The last fight made the top 10 greatest UFC fights because Gamebred knocked out the opponent via a flying knee 5 seconds into the first round. It earned Masvidal not only the third Performance of the Night Award but also the UFC champion title. Gamebred is the first fighter to beat Ben Askren in the octagon.

It is known that Masvidal has three children: a son (born 2015) and two daughters (born 2008 and 2002). Their mother is the fighter’s ex-girlfriend, Iman Kawa, with whom he lived in peace and prosperity for more than ten years. The chosen one did not become his official wife. Now, Masvidal keeps his mind on sports; in any case, the tabloids do not place emphasis on his personal life. The athlete also does not give clues, and the fighter’s photos on Instagram depict mainly his rivals and coaches.

After the most significant victory in his career, Masvidal wants to challenge the reigning champion, Kamaru Usman. Usman is going to defend the title in November 2019, but there is no information that Gamebred will face him in the octagon. The American athlete is slowly regaining his strength. For example, in June, he and Anthony Pettis met in a grappling match.

Jorge Masvidal has an estimated net worth of $1 million.