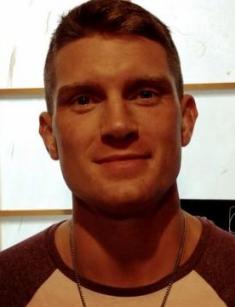 One of the brightest UFC middleweight fighters, Stephen Thompson, came to the MMA professional kickboxing ring without a single defeat in his entire career. In the eyes of MMA fans, he soon became one of the favorite athletes for his excellent technique, beautiful, spectacular fights, and attractiveness. The fans even call their favorite a Wonderboy and look forward to his new fights and victories.

Stephen Randall Thompson was born on February 11, 1983, in Simpsonville in the family of a professional fighter Ray Thompson. The father of the future star MMA owned a children's karate school in South Carolina, and himself worked as a head coach.

Ray began to train his son at the age of 3, started with exercises and general physical training, gradually cultivated in him sports excitement and tenacity, as well as the love of martial arts. However, it couldn't have been otherwise in this family, where the sport has become a cult and a lifestyle.

In an interview, Stephen said that his two brothers and two sisters were also professionally engaged in kickboxing. Stephen Thompson himself began training with his father at the age of 12.

In one of the interviews Thompson-Jr. claimed that it could be sometimes complicated to have a father who works as a coach. His father fought yet in 70-es and 80-es, and Stephen said he felt nothing more but respect to that man. He added that his dad could tell what to do to all his coaches as he was the main one.

In 2001, Stephen graduated from high school and plunged into his favorite hobby. Soon he began to appear in the ring in the amateur fights. However, the way to success was hampered by injuries. During one of his performances, the young man suffered a serious knee injury. He tore all his ligaments.

The doctors even made a disappointing prediction, the impossibility of further training and performances. But Stephen was only stimulated to continue training. A few days after the operation, the guy already trained even sitting. Thus, after three years, the sportsman not only fully recovered, but also succeeded in learning Jushin-Ryu Kempo karate and Brazilian jiu-jitsu.

Until 2010, the kickboxer won 57 fights and did not have a single defeat. Such a brilliant sports biography did not go unnoticed. So, in 2006 Stephen Thompson took 1st place in the list of The World Combat League (WCL) fighters, founded by Chuck Norris.

The famous coach of this sport Firas Zahabi noticed Stephen and brought him to MMA. Firas him to his legendary club Tristar Gym in Canadian Montreal. Thompson began to engage with fighters such as Georges St-Pierre, Rashad Evans and Chris Weidman.

From 2010 to 2012, Stephen performed primarily in South Carolina in the promotion of the Fight Party and again without a single defeat. The debutant showed excellent physical data (170 lbs/77 kg at the height of 6'0''/183 cm), becoming a featherweight fighter with a span of 190 cm.

With a rating of 5:0 kickboxer started his career in UFC. The first fight in legendary promotion took place on February 4, 2012, at the UFC 143 Fight. Thompson's opponent was Dan Stittgen, whom the newcomer knocked out at the end of the 1st round.

However, in the second fight Stephen for the first time felt what it was like to be on the losing side. The fight with Matt Brown was challenging, and the situation was changing rapidly. As a result, after three rounds, the judges unanimously gave the victory to Brown.

The fighter from South Carolina for almost a year did not appear on the ring, and only in the spring of 2013, he fought with Nah-Shon Burrell. This time the judges awarded the victory to Thompson. After defeating Chris Clements in the same year, Stephen had a bright and spectacular fight with Australian professional Robert Whittaker. The fight, which took place in Las Vegas on February 22, 2014, was called the performance of the evening.

On November 12, 2016, Thompson fought for the title of UFC champion. Tyron Woodley came out to compete for the championship belt. According to professionals, Woodley was the leader in this fight, but Thompson managed to withstand it, and the fight ended in a draw.

"I know that I can reach him with blows, and he will feel their power. I fight for the honor and the glory, and I didn't win that fight," Thompson said. "It was a draw, and I'm disappointed in myself for not giving 110 percent, which motivates me more to train as hard as I can," - the Wonder Boy admitted after the fight.

The title fight took place on March 4, 2017, in Las Vegas. At the end of the fight, Woodley confirmed the League title. The fight ended in his favor with a split decision of the judges.

After his defeat, Thompson was able to rehabilitate himself in the fight against Jorge Masvidal, which took place in November 2017 in New York. In 2018, Stephen participated only in one fight against Darren Till. Almost until round 5, none of the opponents showed a clear advantage, but in the finals, Darren knocked out Stephen. Although he recovered quickly and continued the fight, the judges awarded Till the victory after all rounds.

In March 2019, Thompson fought with Anthony Pettis, the titled American, who made significant progress in the lightweight category and decided to make his debut in the semi-middleweight category. Pettis' debut was a success, and he knocked Thompson out with his hands on the fifth minute.

It is known about the family ties of the famous fighter. One of his sisters is married to a Brazilian jiu-jitsu star, Carlos Machado, and his brother is married to the sister of MMA fighter Chris Weidman.

But there is no information about Wonder Boy's personal life in any English sources. It is known that he is not married, very attached to his family and parents. The fact that the family is very important to the fighter is reflected in his posts on Instagram. He often shares photos of his parents, sisters and brothers and their children.

Stephen Thompson is famous for his non-conflict, calm and friendly character and is the only fighter who goes into the octagon not for the sake of glory or money, but for the sake of a thing that loves more than life. Stephen has a net worth of $3 million.

Now Wonderboy is at the peak of his professional career. His name takes the top lines in a rating of semi-lightweight of the UFC promotion. In his spare time, Stephen trains children in the karate school and calls this activity his favorite one which brings positive emotions.