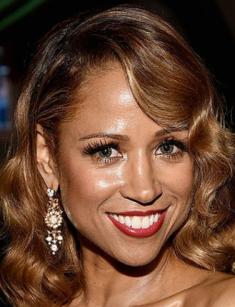 The American actress has a bright movie career and not an uncomplicated personal life. Thanks to her job and memoirs, she shared about adversities that she had to overcome and gave hope to segregated women to fight their rights.

The actress grew up in the South Bronx and had a harried childhood. When she was three years old, she saw a dead body for the first time. She changed school after school. According to her memoirs, the girl was sexually assaulted and was raped by her former boyfriend. Her parents were drug-addicted, and her mother allowed her to taste cocaine when she was sixteen. She has a younger brother, Darien Dash, and famed cousin Damon Dash who became a founder of the recording company.

The actress began her career from acting in commercials. In 1982 he got her first small-screen role. Her movie debut happened in 1988 in the comedy "Moving." Those times she got several sizable parts in big-screen films, "Mo'Money" and "Renaissance Man" among them. She worked with such actors as Damon Wayans and Bill Bellamy.

When she was twenty, she played a teenager in the "Clueless" and got first big success. This is a romantic comedy, where Alicia Silverstone, Brittany Murphy, Paul Rudd starred alongside the actress. The success of the movie allowed producers to make a TV spin-off in which the actress reprised her character for three years. For her brightwork, the actress was nominated by Young Artist Award in the category "Best Young Supporting Actress."

Through her long movie career, she featured on several music videos, "All Falls Down" among them. In 2006 she posed nude for Playboy. Those years she launched the lingerie line. In 2008 she appeared on the show "Celebrity Circus" where the actress tried to fight with her fear of height. 2009-2016 the actress starred in several TV series; among them, she played the recurring character in "The Game."

In 2016 she worked as a contributor to Fox News. Bur her work was controversial, Dash allowed to utter some critical and controversial commentaries, and received criticism. In 2017 her contract wasn't renewed.

The actress publicly expresses her political views. In 2008 she voted for Obama; four years later she changed her views from Democratic to Republican. She supported Republican Mitt Romney in 2012. In 2016 she endorsed Republican candidate Donald Trump. She filed to run for Congress in California in February 2018 as a Republican. As a candidate in Congress, she promised radical changes for Latino and black districts in LA. Besides she wanted to curb crime, improve education, create jobs and, above all, demolish the "psychological prison" which convinces inner-city voters to back Democrats. "I want to listen to what the people have to say and go and fight for them." She confessed that her work as a political commentator allowed her to talk about things that matter, but she was done talking and was going to start doing. In march 2018 she withdrew from the race.

She is known for her open criticism. For example, she criticized singers Beyonce and Jay-Z for their trip to Cuba. In the debates concerning gender-specific bathrooms, she stated that the rights of transgender people infringed upon her rights. Today the actress is a blogger. She writes for media company Patheos. She praised the #Metoo movement but criticized the actresses like Meryl Streep for dropping a spot on the Weinstein's reputation.

The actress was married four times. The majority of her relationships lasted no more than two years. Her first marriage brought her a fist child, a daughter. She met her current husband and ten days after acquittance got married to him. The actress has got two kids and also is a step-mother to three children of her current husband, Jeffrey Marty. The romance with Christopher Williamson gifted her a second child, a son. Her daughter is Lola Lovell. She was born in 2003. Her son is Austin Williams born in 1991.

She is a supporter of the right to keep and bear arms because the gun saved from death her when an ex-boyfriend raped Stacey. In 2019 she was arrested due to domestic battery charges against her husband in their residence in Pasco County. The actress stated that she tried defending herself from a chokehold.