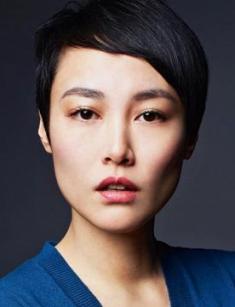 Rinko Kikuchi is a famous Japanese theater and film actress, who found her glory after the release of the hit Babel, in which she played the bright role of Chieko Wataya. The work in the movie brought the actress an Oscar nomination, a Golden Globe, and several other awards. The movies Norwegian Wood, Pacific Rim, and The Brothers Bloom helped Kikuchi to stay at the summit of Hollywood Hills

Yuriko, that's how parents named their daughter, was born in January 1981, in the Japanese city of Hadano. Her father instilled the love for movies in little Yuriko. As a child, the girl loved going to the movies with her dad; she watched what was happening on the screen with wide eyes.

When Kikuchi grew older, she didn't need someone to take her there. The girl loved to come to the cinema alone. Looking at the screen, Yuriko saw herself in every actress whose role she liked. Then she realized that the only profession that felt close to her and her future was acting.

Later, Rinko Kikuchi admitted to journalists that the cinema was something more than entertainment for her. It was a school of life, "a kind of Bible." The movies gave Rinko more than schooling. Watching them, she studied history, psychology, art, the relationship between a man and a woman. The girl believed that she would be happy if she got on the other side of the screen.

Rinko Kikuchi started on her path to success from the runway. At the age of 14, following the advice of her close ones, the girl made her first steps as a model. But soon, Yuriko realized that it was too dull and silly for her, and if she did not quit it immediately, she would miss something important in life.

The words of her relatives did not work. Kikuchi left the modeling agency. Her parents found the musical ear and beautiful timbre of the voice in Rinko, and it awakened a desire in them to see Yuriko on the stage. But the singer's career did not appeal to the future actress: she vowed never again to turn from the path she had chosen. Rinko Kikuchi hired an agent and used him to make her way to the set.

Kikuchi's cinematic biography began when she was 18 years old. Yuriko, taking the pseudonym under which she is now known to millions of viewers, starred in the drama directed by Kaneto Shindo, Will to Live.

The movie was released in 1999, received warm reviews from the audience, and positive responses from film critics. The motion picture was given the main award at the Moscow screening and high marks at international festivals.

The following year, Shindo again invited the young actress to his project called By Player. After starring in the television series Churasan, Rinko Kikuchi began to get recognized on the street.

The first significant role went to the girl in the movie Hole in the Sky. Rinko brilliantly played the beautiful Taeko, and half the population of the country fell in love with her. The movie premiered in mid-2001 and received box office success and praising reviews at film festivals.

Then Rinko Kikuchi was showered with proposals from Japanese directors. She starred in the projects The Taste of Tea (the movie was shown in the competition program of the Cannes film festival), Motive and 69. The latter was the film adaptation of the controversial novel by Ryu Murakami. It came out in 2004.

The breakthrough in Rinko Kikuchi's career happened in 2006 when the Japanese woman was lucky to get into a grand Hollywood project, which was undertaken by the legendary Alejandro González Iñárritu. The drama Babel starred Brad Pitt and Cate Blanchett.

Kikuchi understood the scale of the project and sought a role in it for a year. The director trusted her with one scene a month, taken out of context, without giving an idea of the entire storyline. Rinko passed the test and got the role of a deaf and dumb 16-year-old girl.

For her work in the drama, the Japanese actress was nominated for major world film awards, including The Academy Awards and The Golden Globe Awards. European directors learned about the existence of the talented actress from the land of the rising sun.

Rinko Kikuchi claims that she participates in international projects not for world fame, but for the sake of the movies themselves and the work in them. The main thing is an exciting role, and the bright trail it leaves in the soul.

After Babel, the Japanese actress starred in such acclaimed Hollywood movies as The Brothers Bloom, Sideways, Map of the Sounds of Tokyo, and Norwegian Wood. The latter is a film adaptation of the bestseller by Haruki Murakami under the same title. The drama premiered in 2010.

In 2013, the audience saw the fantastic thriller by legendary Guillermo del Toro, Pacific Rim, in which Kikuchi played the main character, Mako Mori.

In the same year, Rinko appeared on the screen in another high-profile project-a dramatic action movie with fantasy elements 47 Ronin, which starred Keanu Reeves. This was the first feature film directed by Carl Rinsch, shot in 3D. Film critics have repeatedly noted that no matter what role the Japanese actress plays, she dives deep into the character, showing her extraordinary acting talent.

The petite actress (Rinko Kikuchi's height is 5 feet 54 inches) is an extremely reserved and private person outside the set. Journalists consider it lucky to "catch" the slightest emotion on the face of the "Ice Princess," as they call Rinko. Able to demonstrate the most exquisite shades of feelings on the set, the actress seems to save emotions, afraid of wasting them on trifles.

Kikuchi does not talk about her personal life. It is known that at one point, she had an affair with a colleague, Federico Aletta, and the couple even lived together. But one day, the lovers parted without considering it necessary to tell the journalist the reason behind such a decision.

The actress found her new love in 2014. Her beloved one was her colleague and compatriot Shōta Sometani, 11 years younger than her, with whom she met at the house of their mutual friends. The couple got married in 2008.

Sometani is an accomplished actor. His filmography includes more than 70 titles of Japanese feature films and TV series. In October 2016, the actor told the followers of his official website the good news: his first child was born.

Rinko Kikuchi has a net worth of $10 million. In 2018, American director Steven S. DeKnight announced the release of the sequel to the science fiction project Pacific Rim. The leading roles in the movie went to Scott Eastwood, John Boyega, and Charlie Day.

The audience will also see Rinko Kikuchi in this movie. Information about this leaked from an Instagram post of the movie's camera operator, Dan Mindel.

The director who undertook the shooting of the sequel is known as the screenwriter of Spartacus television series. Of Denight's directorial works, the most striking are Smallville and Angel Has Fallen.