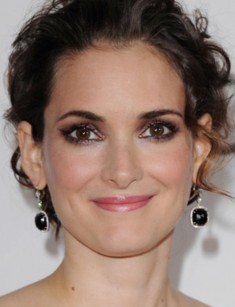 Winona Laura Horowitz, or Winona Ryder, was born on October, 1971 in Minnesota. The history of the name of the future actress is quite interesting. The name Winona was taken from the name of the neighboring town, and Laura was the wife of the writer Aldous Huxley, with whom her father was friends. Parents of Winona are writers and publicists. Michael Horowitz and his wife Cynthia have Russian and Romanian roots.

One day their parents, Jews by birth, moved to America. Cynthia Horowitz in her youth was fond of Buddhism. She had 2 children from the first marriage Shunyat and Jubal. Michael Horowitz, whose ancestors had the surname Tomchin, owned a big library of psychedelic literature. The Horowitz family's friends were also unusual: the poets Allen Ginsberg and Laurence Ferlingetti are famous representatives of bit-generation. Winona has a brother Uri Horowitz, who received the name in honor of Yuri Gagarin.

In 1978, when Winona was 7 years old, the family moved to California, and the family decided to live at agricultural hippie commune “Rainbow”. 8 families also lived there. There was no electricity, no television. On the territory that took more than a kilometer, there was a complete unification with nature. During this period of life, Winona became addicted to reading. Her favorite book was the novel "The Catcher in the Rye" by Salinger.

When she was 10 years old, the family moved again. This time in Petaluma , the city in California. The girl went to school, where she was mistaken for a boy and immediately beaten. For a year Winona studied at home.

At 12 years old, the girl studied at Petaluma high school and attended acting classes at the Conservatoire Theater in San Francisco. She moved to this city in 1989, after graduating from high school.

In 1985 Winona participated in the audition for the role in the film "Desert Flower". But the girl didn’t get the role. Anyway she was noticed by the director David Seltzer and invited Winona to his project "Lucas". The film was released in 1986. The acting career of Winona Ryder began this year. This film opened a new actress. She took the stage name Ryder - from the name of her father’s favorite artist Mitch Ryder.

The second film called "Square dance" attracted attention to the beginning actress. The newspaper "The Los Angeles Times" called her appearance as "a remarkable debut." And in 1988 a movie star Winona Ryder starred in the film "Beetlejus". She played a girl who had the ability to see ghosts. Alec Baldwin and Michael Keaton also appeared in the film.

After the release of the movie “1969”, “Heather, The Washington Post called Winona Ryder as "the most impressive ingenue (a naive girl) of Hollywood." The last film failed at the box office, but eventually became a cult for American teenagers.

In the same 1990, Winona Ryder played a 13-year-old Mayra, the cousin of a musician Jerry Lee Lewis, who married her. The brilliant role in the acclaimed film "Great Balls Of Fire" brought the actress her first award - "Young Artist Awards".

In 1990s it was turning point in Ryder's career. During these years, Winona played the main role along with Johnny Depp in the film "Edward Scissorhands." This is the last project where a fragile actress with expressive eyes played a teenager. The film collected 56 million dollars at the box office and brought the actors incredible popularity. Then she played the role in the film "Mermaids". For this work, Winona Ryder received a nomination for her first Golden Globe.

In the first half of 1990s, the actress appeared in the image of Mina Harker in the film of the famous Coppola "Dracula." Then she played Salvador Allende's niece in "The House of The Spirits." Unfortunately, the star cast didn’t help the film to collect much money at the box office. But Winona's participation in the project "The Age of Innocence" by Martin Scorsese brought the actress "Golden Globe" and her first nomination for “Oscar”.

In 1997 Ryder appeared in the thriller "Alien Resurrection". And in 1999 she played the main role in the dramatic film "Girl, Interrupted". In this project she made her debut as a producer for the first time. Winona played the main role along with Angelina Jolie. The film did not bring the creators generous box office, but it got high ratings from film critics.

In 2000 two films appeared on the screens and failed at the box office. The melodrama "Autumn in New York", where Winona Ryder appeared in the main role along with Richard Gere, brought the actors anti-prize "Golden Raspberry". Nevertheless, the film was warmly received by the audience. The second film, "Lost Souls", was less successful. The brother of Winona - Uri Horowitz appeared on the screens for the first time in this film.

In October, 2000 the actress received her personal star on the Hollywood Walk of Fame.

In 2002 - again the anti-prize "Golden Raspberry" for the role in the film "Mr. Deeds." Nevertheless, the film collected more than 170 million dollars in the world box office.

After a long break, the actress again appears on the screen in the film "A Scanner Darkly" (2006) and in the comedy films "The Darwin Award" and "The Ten Commandments." In these projects, Winona Ryder's partners were Jessica Alba and Famke Böhmer Janssen.

In 2009 two new projects were released, which attracted the attention of the audience and critics. In the first film "Stay Cool" Winona Ryder played along with the actress Hilary Duff, in the second - "The Private Life of Pippa Lee" - with Keanu Reeves. The following year the actress pleased her fans with the appearance in the main role in the film " When Love Is Not Enough: The Lois Wilson Story". For this work, Ryder was awarded the Screen Actors Guild Award.

On the shooting of the film "Edward Scissorhands" Winona Ryder met Johnny Depp. Their bright romance began in 1989 and ended in 1993. Then there were short romantic relationship with rock musician Dave Pirner and the actor Matt Damon. With the latter the actress was even engaged.

Later in the press, her relations with the actors Peter Jorn, Conor Oberst and Henry-Alex Rubin were discussed. The personal life of Winona Ryder seemed rich, but it can hardly be called happy. The actress deliberately refuses to have a child, believing that he will bring difficulties.

Winona Ryder suffers from kleptomania. The scandal broke out in December 2001, when the actress was caught stealing jewelry and clothes. Fans of Ryder organized a campaign in support of their favorite actress called "Free Winona".

Winona Ryder shared that she had finally met a real man. He is the designer Scott McKinley Khan.

• The Age of Innocence

• The Private Lives of Pippa Lee 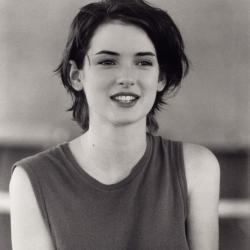