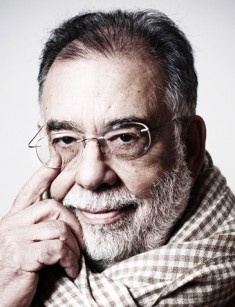 He is called the master of the world cinema, a genius, a cult director, a master of shooting, one of the best Hollywood stars. Francis Ford Coppola is really a mega-star, and each of his works is a masterpiece and a grandiose event for movie fans and critics.

There are six coveted Oscars in Coppola’s treasure chest. The typewritten page will not be enough to list all the rewards of the master. However, if the director had shot only the cult movie The Godfather, his name would have got on the top of the world cinema in any case.

The director was born in the spring of 1939 in the north of the United States, in Detroit, in a family of immigrants from the Apennine peninsula. Coppola’s grandparents and parents were Italian immigrants, very remarkable and creative people. Mother's grandfather was the Italian composer Francesco Pennino, who immigrated from Naples. Mother Italia Pennino played the flute in the Detroit Symphony Orchestra. Elder brother August Floyd was writer and musician, and younger sister Talia Rose (Shire) was an actress.

His father named the youngest son. He worked as a musician and arranger in the orchestra of the Ford Motor Company. The future master of cinema was born in Henry Ford Hospital.

Two years after the birth of the boy, the father was offered the position of a flutist in the orchestra of the founder of the NBC radio company. Parents with three children moved to New York. The master passed his childhood and youth in the Borough of Queens. Francis Ford Coppola’s early years were overclouded by the disease because poliomyelitis confined the boy to bed. Francis made a puppet theater to spice up his life. The future director "staged" shows, developing imagination and entertaining his brother and sister.

The guy preferred exact sciences at school, as he was interested in engineering. The love for technology can be explained by the desire to thoroughly study the movie camera, which the parents presented their son. The boy shot "home movies" by editing shots on an 8-millimeter film.

Coppola's youthful hobbies included also reading and music. The 15-year-old guy was impressed by Tennessee Williams’s play A Streetcar Named Desire. The young man became interested in the theater after reading the play.

Francis Ford Coppola played the tuba, the lowest-pitched wind instrument. The musician mastered the play so that he won a scholarship to the New York Military Academy.

Soviet director Sergei Eisenstein’s silent film October: Ten Days That Shook the World was the last straw that determined the future biography of Francis Ford Coppola. The American was excited about the plot of the drama but more about the art of editing.

16-year-old Francis studied properly theatrical art and drama despite the disapproval of his father, who wanted his son to become an engineer. Coppola entered Hofstra College. He studied enthusiastically, won a screenwriting competition and got a scholarship.

However, the cinema became more interesting than the theater. Francis Ford Coppola graduated from the University of California, choosing filmmaking.

After graduating from the Film and Media Department of the University, Francis Ford Coppola was hired as an assistant by Roger William Corman, who shot action films and horror films. The first task of the famous director was to translate the dialogue from the Soviet movie Nebo Zovyot. The student outperformed because he translated the script into English and turned the movie into a horror film.

The breakthrough in the film career of Francis Ford Coppola happened in 1963. His two movies Dementia 13 and The Terror were released. The first full-length film was inspired by Alfred Hitchcock's horror film Psycho.

Two following films You're a Big Boy Now and Finian's Rainbow brought fame to the young director. Coppola was nominated for the Palme d'Or, the Golden Globe and the Writers Guild of America Awards for the first movie, shot in the genre of comedic melodrama, because Francis Ford Coppola was both director and scriptwriter of the project.

The drama The Rain People was released in 1969. It brought the future master the prize of the International San Sebastian Film Festival. But Francis Ford Coppola won his first Oscar as the scriptwriter of the military drama Patton. Then the talented 30-year-old director became an honorable resident of the Hollywood Hills.

Francis Ford Coppola felt the taste of overwhelming fame in the 1970’s. The movie masterpiece was released on the screens The epic gangster drama The Godfather was shot at the Paramount film studio and became a cult film, where Al Pacino and Marlon Brando played the main roles. The premiere of the movie took place in 1972, it was all-time box office record. The bestseller brought the creator two Oscars and three Golden Globes Awards. An epic story about the mafia clan was added to the golden fund of the Hollywood film industry.

The psychological detective The Conversation helped Coppola to consolidate the success and enter the cinema stardom. The film was released in 1974. The director, screenwriter, and producer received the Palme d'Or in Cannes and was nominated for all major film awards. Gene Hackman, John Cazale, and Harrison Ford starred in The Conversation. The main idea of the detective was the Watergate scandal and the existing paranoia in the American establishment.

9 months later, Francis Ford Coppola "gave birth" to a new bestseller The Godfather Part II. Coppola acted as a director, screenwriter, and producer. The master won the Oscar in the three mentioned nominations.

In 1979, the premiere of the military drama Apocalypse Now was held. Francis Ford Coppola showed another side of his talent as a composer in the project. The master won again the main award in Cannes, the brilliant director added to his treasury the Golden Globe Award, BAFTA and three Oscar nominations in the United States.

Francis Ford Coppola included such film masterpieces as One from the Heart, The Outsiders, Rumble Fish and The Cotton Club in the 1980’s. The end of the 1980's was marked by the release of the third part of the mafia-gangster saga The Godfather Part III. This time the director and screenwriter did not win the main world cinema awards, but he was twice nominated for the Oscar and three times for the Golden Globe.

In 1992, Francis Ford Coppola shot the screen version of the novel Dracula, but put the emphasis on the love story, instead of its horror part. He got two Saturn Awards for this work.

In 1997, the director released the legal drama The Rainmaker, entrusting the main roles to Matt Damon and Danny DeVito. Then Coppola put an end to the epics and grandiose studio projects.

In the new century, the master released low-budget films Tetro and Twixt. Francis Ford Coppola focused mainly on producing, participating in the projects Lionheart, Sleepy Hollow and the films of his daughter The Virgin Suicides and Lost in Translation.

The survey of the American Film Institute of the late 1990’s showed that the bestseller The Godfather entered the TOP-100 of the most popular film projects of the century, taking the third place. In the early 2000’s the British Sight & Sound magazine gave the first place to the military drama Apocalypse Now, calling it the best movie of the world cinema from 1977 to 2002.

Francis Ford Coppola appeared on the screens as an actor too. He played in the films The Young Racers, Apocalypse Now and The Corsican File. Famous Hollywood stars Dennis Hopper, Diane Keaton and Frederic Forrest considered it an honor to play in the master’s film.

By 2017, the latest work of the famous Hollywood director, who turned 78 in the spring, was the horror film Twixt with Val Kilmer in the lead role. The master once again showed his talent as a director, screenwriter, and producer.

Francis Ford Coppola met his only woman in his early youth. Eleanor Jessie Neil is a decorator.

The wife gave birth to three children – daughter Sofia Coppola and sons Gian-Carlo and Roman. The 22-year-old eldest son, who started working in the film industry, died tragically in a sea accident while sailing a boat. Roman Coppola became a screenwriter. The only daughter of the master has become more famous. Sofia made a brilliant career as an actress and director.

Francis Ford Coppola is a relative of Nicolas Cage, who is the star's nephew. His real name is Nicholas Kim Coppola.

Nowadays, the master, who is about 80 years old, lives in California. In the mid-1970’s, he purchased an estate in the Napa County Valley and later, started winemaking.

Sophisticated berries grow on his vineyards, and grapes ripen in the cellars, turning into ten different types of wine. Francis Ford Coppola named one of them after his beloved daughter Sofia.

The star has a chain of hotels that bring him regular profit. 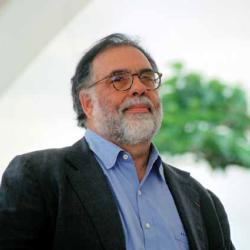