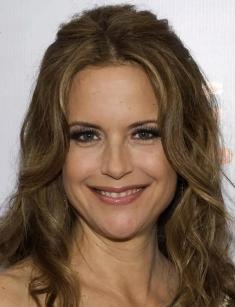 Kelly Preston started her career as a model. She performed more than 50 roles for her film career. However, Preston`s way of life is more interesting than the creative one. In 2009, the Hollywood star suffered a terrible loss but, in spite of everything, she is full of energy: engaged in charity, brought up a young son, starred in movies.

Kelly spent her childhood on the Hawaiian Islands, in Honolulu. Her father worked for an agricultural company. Her mother worked in the center of psychological aid. The father of the future actress died when she was three years old. Later, the mother married once again. Her chosen was a man named Peter Palzis. The name of the stepfather appears in the credits of the first films with Kelly Preston.

The family lived in Iraq, then in Australia for some time. Kelly attended Pembroke School in Adelaide. Then she returned to the United States, where she studied acting. But she earned her first money in the Australian modeling agency. Then an elegant blue-eyed blonde photographer played a role in her fate, with whom she met by accident.

A new friend helped Kelly to get a job in an advertising firm as a model. And later, the girl got to the casting in the adventure film The Blue Lagoon thanks to him. However, Brooke Shields approved her for the role Emmeline.

Popularity to the young actress came in the mid-80s, when the films 52 Pick-Up, Mischief were released. Earlier, in 1983, Kelly played a minor role in the movie on the book of the King of horrors. She played a girl, who was in love with the main character in the movie Christine, a film adaptation of Stephen King. Later, the filmography of Preston was replenished with comic roles.

Kelly Preston in her youth. In 1987, Ivan Reitman began filming the comedy, which became the leader of the box office. A brilliant acting trio predetermined the success of the film. Arnold Schwarzenegger played the ideal man named Julius in the comedy Twins. Danny DeVito played Julius's brother, the victim of a failed experiment. Preston played the role of sweet Marnie, a girl, who was involved in the adventures of the main characters.

Another bright film work of Preston is her role in the action movie From Dusk Till Dawn. The actress played not the main character, a journalist Kelly Houge in the film, which was very popular around the world in the 90s. But she had a chance to work with Quentin Tarantino on the set this time. George Clooney played the main role.

Critics of Preston's film works are skeptical. The actress was "awarded" the Golden Raspberry Awards in 2001. Later she was nominated for the most honorable film award twice.

In 1989, the actress starred in the film The Experts. Then she met John Travolta. But the affair started three years later. Her first husband was Kevin Gage. This beautiful couple did not shine on the pages of glossy magazines for a long time. It was known about the affair of Preston with the sexiest doctor in American cinema, with George Clooney three years later. However, it was still far away before the filming of the series ER.

It is not much known about Clooney and Preston's relationship. However, then, in the late '80s, the media had the news: the actor made his lover an unusual gift, a pig nicknamed Max.

The next man in Preston's life was Charlie Sheen. After the couple broke up, there were rumors about the short temper of the actor for a long time, who allegedly shot his beloved in a fit of anger. Then neither Preston nor Sheen confirmed or denied the truth of this story.

In 2011, the actor suddenly tried to debunk the myth of his unbalanced character, saying that Kelly wounded herself. By that time, he had already acquired a reputation as a brawler. Sheen did not rehabilitate the truth about the event that happened 20 years ago.

The actress married Travolta in 1991. Preston, like her husband, practices Scientology. The wedding took place, according to the rites of this doctrine. The movie stars were married officially in the US. In April of the following year, the press announced the birth of their firstborn son. However, the doctors determined the Kawasaki syndrome of their son.

In 2000, their daughter, Ella, was born. There were pictures of a happy family in a press. Travolta and Preston are an ideal couple in the eyes of admirers. First, their lasting marriage is atypical for Hollywood. Secondly, they were able to cope with the tragedy that occurred in 2009. As a result of the accident, 16-year-old Jett died.

The death of the son of Kelly Preston happened in the Bahamas in early January. Later, Travolta admitted that Jett had autism. Besides, there was a seizure caused by Kawasaki syndrome. During the attack, Jett lost consciousness in the bathroom. As a result of the fall was injured, which became fatal.

The couple had to go through many unpleasant events. Celebrities were being blackmailed. The attackers managed to photograph their dying Jett. Photos were threatened to put on the network in case of non-payment of a large sum. Criminals were arrested quickly. It is noteworthy that Travolta considered a close friend one of them, a senior official.

In memory of their son, Preston and her husband founded a charity to help children with severe chronic diseases. In 2010, the 48-year-old actress became a mother again: Benjamin was born.

In 2016, the shooting of the film began, this film is about the life of the gangster John Gotti, whose role was played by Travolta. Preston played the wife of the protagonist. The film was released in December 2017. However, it was known that the premiere was postponed shortly before the scheduled show. The film will be released in 2018. Kelly Preston has a net worth of $20 million.

The movie is based on the biography of a criminal authority, who lived in the States in the second half of the last century. Gotti is a kind of family project. Ella Travolta played the daughter of a mobster. It is not the first cinematic experience for the 17-year-old girl. She starred with her parents in the movie Old Dogs.

The films with the participation of Kelly Preston rarely appear in recent years. The actress is absorbed in taking care of her son, who was seven years old in 2017. She considers a great gift from above the birth of a child after the loss of her firstborn.