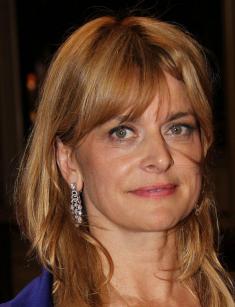 The history knows many examples of how people get into the movie, without any training in specialized institutions. A similar story happened with Nastassja Aglaia Kinski, who became famous under the alias taken in honor of her father. Nastassja Kinski was born in West Berlin. It happened on January 24, 1961.

The girl's parents were the famous actor Klaus Kinski (Doctor Zhivago, La Venus a la fourrure, Aguirre, Der Zorn Gottes, Nosferatu: Phantom der Nacht) and the shop assistant Ruth Brigitte Tocki. The girl received her name in honor of the heroine of the novel The Idiot of the Russian classic. Her father was fond of this book. Later, Nastassja Kinski takes this love for Dostoyevsky.

When the girl was seven years old, her parents separated. She moved to Munich together with her mother where she lived until 1971. In 1971, the girl moved to her father in Venezuela but returned to Munich a year later.

The financial situation of her family was much lower than the average in those days, so the girl had to steal food and things in shops, to go on public transport without a ticket, running away from the conductors, earn money by anyone, starting as a cleaner in restaurants and ending with an assistant animal trainer in the circus. She had to live in a van, where her mother's lover lived in addition to her family.

From 1974 to 1976, she leads a wild life and often does not appear at home. But her mother has absolutely nothing to do with it. In 1977, the girl barely managed to finish high school. Nastassja Kinski has time to have a relationship with the director Roman Polanski by this time, to star in a photo shoot for the magazine "Vogue," as well as in her first film Falsche Bewegung.

In 1975, there is an acquaintance of Nastassja and Lisa Kreuzer at a festive party at friends, who was known as the actress and the wife of the director Wim Wenders at that time. Kreuzer notices the natural beauty and photogenicity of the girl like Polanski and then offers her to star in the upcoming film adaptation of the work of Goethe, where her husband was a director. Nastassja agrees for the money; however, her debut is rewarded for the Deutscher Filmpreis in the film world.

In 1976, she moved to Los Angeles to take acting courses in the Lee Strasberg Theatre and Film Institute on the advice of Roman Polanski for six months. Returning home in 1977, she starred in the film Tatort: Reifezeugnis of Wolfgang Petersen, where Nastassja gets the role of a schoolgirl, who meets with her teacher secretly. She received the Gold Otto Award.

Nastassja starred in her first English-language film horror To The Devil A Daughter Hammer films the same year. The girl had to play the role of a nun this time, who became a victim of Satanists and her colleague in the film was Christopher Lee.

1978 was marked for the girl by three events. First, there was the comedy Leidenschaftliche Blümchen, in which Kinski got her first main role. Secondly, she received her second the Gold Otto Award. Thirdly, she spent in juvenile prison for three months. After prison, she decides to end her criminal past and connections.

In 1979, she moved to England to prepare for the main role in the film adaptation of Tom Hardy's novel Tess for a few months. In addition to weaning from her accent, the girl works on the farm (as well as her heroine) and also attends theaters.

The film Tess, filmed by Roman Polanski, was released the same year. Initially, the creators of the film did not want to let rental in America because of the persecution of the director in the United States but it was allowed at last. And not for nothing, the film was nominated for the Oscars in six categories. Polanski did not go to the ceremony for obvious reasons, so Nastassja was invited as a guest.

The role in the film Tess brought Kinski worldwide fame, the Golden Globe Awards for best debut, a nomination the César Award and a lot of new acquaintances. The actress lit up naked in a photo of Richard Avedon in the arms of a snake the same year. The poster with this photo was sold a large circulation.

In 1982, Nastassja met Francis Ford Coppola. It happens at the Cannes Festival, where the director offers the girl to star in his film All of My Heart. She starred in a remake of the classic horror film Jacques Tourneur's Cat People the same year, which was filmed forty years before. The director of the new production is Paul Schrader. The film was warmly received by critics and audiences and was nominated for the Saturn Award.

In 1984, several films were released with the participation of the actress, Paris, Texas of Wenders, Unfaithfully Yours, where in addition to her there was the actress Armand Assante and the film Maria's Lovers, which was directed by Russian director Andrei Konchalovsky. After these movies, the girl takes a short pause, acting in episodic roles of Italian and French thrillers and dramas. For example, the film Harem with the actor Ben Kingsley.

Her return took place in 1987. The girl receives the César Award in the category "Best Actress" for the role in the film Maladie d'amour. She took part at the Cannes Festival as a member of the jury next year. 1989 and 1991 were held under the banner of the film adaptation of Russian classics Torrents of Spring of Turgenev and Insulted and Humiliated of Dostoevsky.

After that, the girl starts to appear mostly in American films like Terminal Velocity (1994) with the actor Charlie Sheen, film adaptations of novels The Ring of Danielle Steel(1996) and Bella Mafia of Lynda La Plante(1997). The latest film of the actress, in which she starred are Inland Empire of David Lynch (2006) and Il turno di notte lo fanno le stelle (2013). It is also known that Tarantino called Nastassja in the film Inglourious Basterds, but it did not happen.

The first serious relationship of the girl was an affair with the director Polanski. However, the couple was not married officially. In 1984, Nastassja married the producer Ibrahim Moussa and gave birth to her son Aljosha. The couple moved to Switzerland two years later, where they had a second child, their daughter Sonja, who later became a model.

Nastassja and Ibrahim file for divorce six years later. The children stay with the actress. Kinski had a relationship with the composer Quincy Jones by this time. She gave birth to her daughter Kenya in 1993. But Kinski broke up with him in 1997.

In 2011, the actress became a member of the American Academy of Dramatic Arts and almost ceased to act. From 2015 to the present, Kinski is busy with the filming of her documentary Nothing is impossible, which is scheduled to be released in 2018. Nastassja Kinski has a net worth of $20 million.

In 2017, she came to Russia for an exhibition of paintings by Nikas Safronov. She lit up in Armenia at the Golden Apricot Yerevan International Film Festival, as well as at the Locarno Film Festival in the eponymous city of Switzerland, where there was a retrospective of films with Nastassja Kinski.