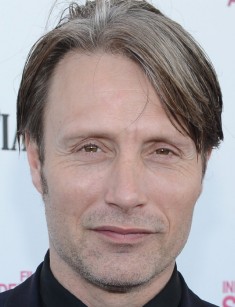 Mads Dittmann Mikkelsen was born in Copenhagen in November 1965. Viewers remember his star roles in the movies “Hannibal,” “Casino Royale,” and “The Hunt.”

The name “Mads” means “God’s gift.” The boy indeed became the gift for his parents, Bente Christiansen and Henning Mikkelsen. Mads’s father is also an actor, and his elder brother Lars has chosen the same career as well. Still, none of them has managed to reach the same international recognition as Mads has.

One could not say Mikkelsen Jr. dreamed of becoming an actor since the early age. At first, the boy got interested in dancing and excelled; later, the teenager was extremely fond of motorcycles. He retains the love of this means of transport: today, Mikkelsen can boast the valuable collectible item – the rate motorcycle produced by the Danish company “Numbus” in 1937.

“The acting genes” prevailed when Mads Mikkelsen went to high school: the young man realized that he could not but follow in the footsteps of his father and elder brother. He went to Аrhus Theatre School where he studied for several years.

Unlike the majority of his colleagues whose careers began with roles in episodes, Mads Mikkelsen’s movie biography started with a quite significant role in the crime thriller “Pusher” by the famous Danish movie director Nicolas Winding Refn. As the title implies, the movie tells the story of a drug dealer. The movie came out in 2004; the Danish got acquainted with the new actor and liked him immensely.

Mads Mikkelsen was regularly invited to collaborate with Danish movie directors. The young actor appeared in another project by Refn “Bleeder” and starred in the drama “Strayed” with his famous compatriots Nikolaj Coster-Waldau and his wife Nukaaka Coster-Waldau. Several projects more, Mads Mikkelsen established his status as a movie star in his country.

At the beginning of the 2000s, the talented actor started opening the way in the world cinematography. The gangster action comedy “Flickering Lights” by the Danish director Anders Thomas Jensen went beyond the limits of the country and became incredibly popular in Europe. It was just the first step toward the success.

Mikkelsen obtained the status of a Hollywood star after the 21st James Bond series movie “Casino Royale” was out. The Danish actor splendidly played the sadist millionaire Le Chiffre, the agent’s antagonist. The scene of Bond and Chiffre’s poker rivalry is widely considered the most powerful moment of the movie. By 2006, this movie was the top-grossing franchise among all James Bond series projects: the box office was almost $600 million.

The new Hollywood star was reinforcing his star position with each new movie. The wonderful biopic “Coco Chanel & Igor Stravinsky” was warmly recognized by viewers and critics. Mads Mikkelsen played the legendary Russian musician who had a love affair with Coco.

The fantasy movie “Clash of the Titans” was not successful and received only the tepid reaction. The Danish actor played Draco; his acting skills were not questioned.

The role in the 2012 historical drama “A Royal Affair” was successful; the actor played together with then the-little-known Alicia Vikander. The costume drama “The Three Musketeers” by Paul W.S. Anderson was also a good achievement: Mads played the serpentine Rochefort. The movie was a liberal interpretation of Dumas’s novel and succeeded.

2013 brought the talented Danish actor a new wave of the audience’s love. He came back to the domestic cinematography and starred in the Danish-Sweden drama “The Hunt.” It is peculiar that the movie was not top-grossing but made sophisticated movie lovers and critics gasp of admiration. Mikkelsen played the gentle and sensitive nursery teacher unjustly accused of pedophilic inclinations. For this work, Mads won the Cannes Film Festival Award for Best Actor.

It is interesting that Mikkelsen’s character line in “The Hunt” was completely new and unusual for viewers who had got used to “demonic” roles of the actor.

In 2013, the fans of Mads-the-Demon watched their favorite actor in the familiar type of a character – the antihero possessing many faults. The role of the intellectual cannibal Lecter in the drama series “Hannibal” was Mikkelsen’s success. Millions of viewers wished to see the cold look and Scandinavian tranquility of Mads’s character who cooked perfectly and then ate human flesh.

Three seasons of “Hannibal” were released. While the first two turned out to be fascinating, the audience of the third one dramatically reduced so that the creators of the series decided to stop the further production. Throughout all the seasons, Mads Mikkelsen appeared with the young Hollywood star Hugh Dancy who was trying to catch the maniac with FBI agents.

Recently, the Hollywood star demonstrated his talent on the movies “Doctor Strange” and “Rogue One: A Star Wars Story” whose premieres took place in 2016.

The actor’s wife Hanne Jacobsen has the first-hand experience of being married to the person considered to be the sex symbol in his home country. Although Mads Mikkelsen is 5 years younger than his wife, his relationship with her has been great. Despite all expectations, the actor is a faithful husband, and paparazzi who are paying close attention to Hollywood stars’ privacy have failed to reveal any scandalous details of his life.

The couple has two children, the daughter Viola and the son Carl. The family lives in Toronto, Canada. 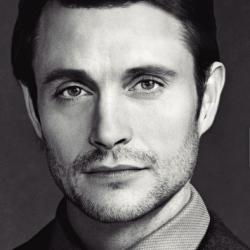