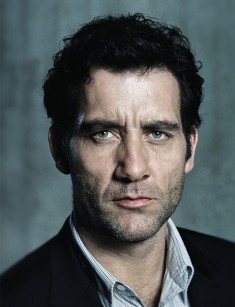 Clive Owen is a famous British theater, cinematic and TV actor. He is known due to his roles in the movies Closer, Children of Men and King Arthur. For his career Clive has become successful, he has realized himself in his life, creative and acting career. Owen is an example of the person who was born in the ordinary family, set the objective and managed to achieve it. Later he appeared on the movie set with the world famous actors and on the red carpets of the greatest film festivals.

The future actor was born on the 3rd of October, 1964 in the West Midlands. The man in 189 cm tall and he weighs 80 kilos. His father, Jess, was a singer who performed country music. His mother Pamela who turned out to be alone when her husband left the family had to raise her five sons on her own. Later Owen’s mother got married to the cashier of the railway station. He helped her to her to bring up children.

Clive got engaged in the acting in childhood that's why he played in the youth theater since the age of thirteen. After he had finished the school, he tried to find his calling and tried his hand in different kinds of activities. He entered the Royal Academy of Dramatic Art only after two years of reflections and attempted to try himself in various spheres. His studies of acting have lasted for three years. After this, he started to work in the company of London theater. In major part, he performed the roles in Shakespearean plays. But he also had other roles.

Owen became engaged in the television industry in 1987. He performed the episodic role in the detective series. The movie Vroom became the first full-fledged movie with the participation of the actor. The film was released in 1988. After this debut, Clive started to play regularly in the film and TV series.

It’s worth noting that the actor has gained his first recognition after he took part in the movie Lorna Doone in 1990. Richard's role in the picture Close My Eyes (1991) became his first failure as the critics have published negative feedback in the media. After that Clive has taken a break for two years in cinematography and devoted himself entirely to the theater.

In 1990-s Owen managed to take part in a couple of several movies before he became successful. In 1997 he took part in the picture Bent which received the awards at Cannes Film Festival. Owen played the major role, and the movie critics noted and highly appreciated his acting. The movies Croupier, The Echo and the four-episode series Second Sight received positive reviews as well.

Later, the actor took part in BMW advertising. It was the series of short-length movies where the actor was driving the car.

At the beginning of 2000, Clive took part in Gosford Park and The Bourne Identity. Since 2003 Clive has become well-known and popular. He participated in the movies directed by famous directors.

A year before Clive played the role of Arthur in the movie King Arthur. In the beginning, the directors wanted to invite Russell Crowe to play the role, but he refused this offer. Owen has accepted this offer with pleasure. However, that time Daniel Craig has stood in the way of the actor, but Clive has given the role in the picture The Golden Compass what colleague.

In 2006 Owen took part in the thriller Inside Man directed by director Spike Lee. The plot of the movie tells about the opposition of the detective Keith Frazier and the cunning bank robber Dalton Russell. This game of cat and mouse results in the hostage-taking.

It’s worth noting that in 2016 Clive Owen together with Meryl Streep and Alba Rohrwacher, the director Małgorzata Szumowska, the photographer Brigitte Lacombe and the film expert Nick James became the members of the jury at Berlin Film Festival.

There were eighteen movies in the program of the festival.

The prestigious awards noted Owen's acting in the movie Closer. He received the Golden Globe and BAFTA Awards for this role. The actor got these awards in 2005, and they proved Owen's recognition and his admirers' love as well.

The actor’s personal life is somewhat measured. In his youth, he met the young actress and fell in love with her. He connected his life with the actress Sarah-Jane Fenton. They got acquainted while acting in the play Romeo and Juliet. Ironically, Clive received the character of Romeo, and Sarah-Jane embodied the heroine of Juliet. In a short time after this, they became wife and husband.

The lovers officially registered their relations and got married in 1995. Later their children Hanna and Eve were born in the family with a difference in several years.

The couple is considered to be an exemplary one in Hollywood. They don't quarrel or have rows in public. The family lives in their own house in the village of Highgate which is situated close to London.

There is a remarkable fact in the actor’s biography. Clive Owen and Gerard Butler look similar in their appearance. The articles about this are published in the editions where the pictures of celebrities are compared. But that’s not all: both of the actors are British, and they were raised in single-parent families and began their acting career from the theatre stage.

The actor is a fan of Hard-Fri band. Together with his family and friends, they attend the concerts of this band from time to time. What about football, Clive supports Liverpool F.C. and attends some of their matches.

Moreover, the actor is a great fan of David Bowie’s creative work. The actor has said that the music of this performer has impacted Clive greatly in his youth. Later he had the same hairstyle, like David. The movie actor owns the collection of the musician’s albums since the seventies.

In one of the interviews, the actor said that he was terrified of the badgers. Later, when he was communicating with some other journalist, he admitted that it was a joke.

It’s remarkable that Owen chooses the roles of good-tempered and intelligent, but immoral men. And the image of the actor is his old coat which Clive takes with himself to the shootings. And the directors have nothing to do with it.

According to the information from some sources, Clive was born in 1962. The actor himself keeps his real date of birth in secret. One edition even published the long article about this and attached the copy of Owen's birth certificate where the year 1962 was indicated.

There is one more interesting fact: Clive hates it when people call him a sex-symbol. When he was shooting together with Angelina Jolie in the movie Beyond Borders, she said that Owen was sexual both on the screen and in life. Later, Jolie added that Clive began to laugh when he heard these words.

In the summer of 2017, the spectators saw their favorite actor in the fantastic movie Valerian and the City of a Thousand Planets directed by Luc Besson. Owen received the role of the interesting personage - the commander Arün Filitt. Dane DeHaan and Cara Delevingne became Clive’s colleagues on the movie set. And the singer Rihanna appeared in one of the bright episodes.

On the 19th of April, 2018 there began the International Film Festival in Moscow. The program included 16 pictures. One of these pictures Ophelia was brought from the USA. Claire McCarthy directed this picture. The movie critics have noted that the tape was unusual and unique. Clive Owen performed the role of the leading male character. Naomi Watts and Daisy Ridley worked together with the actor in the movie.

And in May 2018 there was held the premiere of the fantastic thriller Anon directed by Andrew Niccol. Clive Owen and Amanda Seyfried performed the leading roles in this movie.

The plot of this picture tells about the future ideal society. In the world, there was established total control of the people. That means that the people don't have their personal life, private territories, and civil rights. In such a government, there are neither mistakes nor offenses. But once the detective Sal Frieland gets acquainted with the girl whose name can't be found in the database. And at that moment the new world is opened for the man.

Together with Owen and Seyfried the actors Colm Feore, Sonya Walger, Iddo Goldberg and others participated in the movie.

In January 2018 Clive joined the cast of the upcoming movie Gemini Man directed by Ang Lee. The actor was invited to play the role of the antagonist, and he accepted it. Will Smith will play the positive personage. 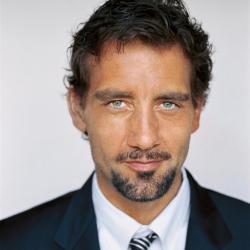