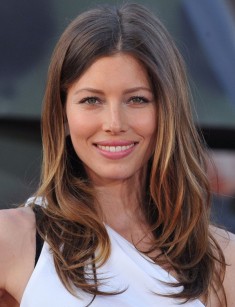 Jessica Biel is a Hollywood actress who appeared in popular series and full-length blockbusters more than once. The actress is famous for her roles in the pictures "The Illusionist", "Next", "I Now Pronounce You Chuck & Larry", "Easy Virtue" and new drama series "The Sinner".

Jessica Biel was born in the American State of Minnesota, in the town of Ely in March 1982. The early childhood of Jessica passed in relocations of her family from one state to another. The father of the girl was a businessman, and during a long time, he was looking for the appropriate place for the development of his business. Therefore, the spouses Jonathan Biel and Kimberly Conroe together with their children at first moved from Minnesota to Texas, then to Connecticut and Illinois. Finally, they settled in the city of Boulder where Jessica entered the school. Except for her, in their family, her younger brother Justin was growing up.

In Boulder, the girl managed to discover her creative talents. Having noticed that their daughter had good hearing and voice, her parents sent her to vocal lessons. There Jessica was noticed and invited to the theatrical stage. The young vocalist had performed in several musicals which were staged in the local theater.

In 12 years the most perspective little actress was sent for participation in the conference of the International Association of talents and models. There the young beauty was noticed by the manager of one of the large model agencies. Jessica Biel was suggested to conclude the long-term contract. Life of the girl had greatly changed. Since then she constantly takes part in commercials and advertising campaigns.

Jessica Biel became popular at the early age. In 14 years the girl played the heroine of Mary Camden in the popular family series "7th Heaven" which was shot by Aaron Spelling. At that time the authors of the movie and the critics for the first time noticed congenital acting skills of Jessica. Next year she already played a new role in the sensational project "Ulee's Gold". For the role in this movie the young actress received her first award – it was Young Artist Award. This year was really generous on gifts for Biel. The beautiful actress was offered the contract with the well-known L'Oreal brand. Soon she became the face of this firm.

In 2000 when the actress just turned 18 years old, Jessica appeared on the pages of the glossy magazine "Gear" in the frank photoshoot where her admirers could see the naked breast of the young actress. Later, the girl appeared on the pages of magazines in the photoshoots in underwear and swimsuits more than once and also she wasn't embarrassed by her own figure on the shootings and didn't refuse to appear in bed scenes.

After the termination of the private school, Biel entered the university. But she didn't manage to graduate from the higher education institution: her acting career took all her time.

Jessica Biel continued her cinematic biography in 2006, the year which turned out to be a turning point for her. The actress played the starring role in the movie "The Illusionist" directed by Neil Burger. She appeared in the image of the heroine Sophie with whom the main character of the film performed by Edward Norton was in love. For this brilliant work, the actress awarded two prizes at once.

Next year Jessica Biel was invited to play the role in the sensational project under the title "Next" where she had got a remarkable opportunity to work on the shooting stage together with the Hollywood stars Nicolas Cage and Julianne Moore. In the center of the plot is the character Cris performed by Nicolas Cage. He is endowed with the unusual gift of the seer which he uses to earn his living by means of guessing of advantageous combinations and results of gambling games. But he is destined to conduct a high mission – to work for his country and to prevent the bloody terroristic act.

The same year 2007 the remarkable comedy "I Now Pronounce You Chuck & Larry" with Jessica Biel’s participation was released. Already for the first weekend, this comedy grossed 34 million dollars. Soon this movie occupied the first lines of the list of projects which were leaders according to their box office.

In 2009 the audience saw the remarkable comedy "Easy Virtue" which was shot by the director Stephan Elliot. Colin Firth and Ben Barnes became partners of the actress on the movie set. It is a light and witty film in which there is a lot of English humor and flashy jokes. Probably, this work contributed to the fact that the actress had got into the list of the most sexual women of the planet published by the American magazines.

During this period of time, the admirers of Jessica Biel’s talent saw their favorite star of cinema not only as an actress but also as a producer of the picture "Hole in the Paper Sky". Soon the list of producer works of Biel was replenished with two more projects: her pictures "The Tall Man" and "The Devil and the Deep Blue Sea". The last film came out on the screens in 2013.

Jessica Biel by right is considered one of the most beautiful and wealthiest Hollywood stars. She is very demanded in her profession and continues to act at once in several new projects which come out on the screen every year.

The actress had a great number of love affairs with the famous men, whose names are well-known. Till 2006 Jessica had romantic relations with the actor Chris Evans. The couple took part together in several pictures among which - "London" and "Cellular". But this romantic relationship was destined to come to an end. This relationship was succeeded by a new love affair : Biel began to meet her colleague on the picture "7th Heaven" - Adam LaVorgna. Then she had a short love affair with the sportsman Derek Jetter.

Private life of Jessica Biel had greatly changed in 2007, after the acquaintance of the actress with Justin Timberlake. The actor and the popular singer turned out to be the one with whom Jessica decided to connect her life in the marriage. In 2012 this star couple celebrated their wedding. The actress added to her own surname the surname of her husband – Timberlake, what is a rare thing for show business stars.

At present time the couple lives in Los Angeles. In 2015 they gave birth to their son whom spouses decided to call Silas Randall Timberlake. The star family evaded the cameras of journalists, not wishing to let strangers in the life of their little son. But when Silas turned two years old, happy parents began to go out with the boy for walks around the city, without being afraid to be captured by the paparazzi.

In 2016 the actress played the leading roles in the thriller "A Kind of Murder" and in the drama "The Devil and the Deep Blue Sea".

In June 2017 the number of Jessica Biel's followers on Instagram has reached the point of 3 million. The actress thanked admirers in an unusual way: Jessica shot the video in which she performed an aside somersault. Her subscribers appreciated the appearance and the sports preparation of their idol. The girl regularly trains and leads a healthy lifestyle to keep herself in such form (the actress weighs 58 kilos having a height of 173 cm).

Except for admiration, the appearance of the actress also generates rumors: Jessica Biel is called the actress who had resorted to plastic surgery more than once. According to the information of the Internet community, the actress did Botox injections, correction of her nose and lips, and also she corrected her body. But Jessica doesn't comment on these rumors. Jessica Biel calls healthy food and sport as secrets of her beauty.

In 2017 Jessica Biel acted in the leading role in the series "The Sinner". Jessica's heroine is a woman called Cora who for the inexplicable reason cruelly kills the unfamiliar man in an attack of sudden rage in the presence of her husband, son and ten more witnesses. There are no doubts about the identity of the murderer, but the motives of the crime remain a riddle both for the investigation and even for Cora. 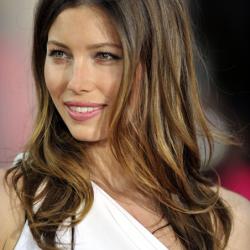