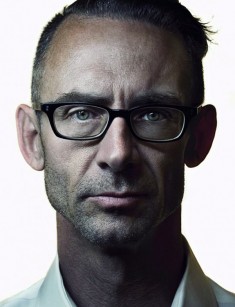 Chuck Palahniuk is the American writer who created the bestselling book “Fight Club”; the iconic movie under the same title was directed by David Fincher. Critics’ and public opinion is ambiguous: many call him a sexist, marginal, and nihilist. Palahniuk himself noticed that he made up very little because many people told him what they had never told anyone else.

The writer commented on his works: “A good story should make you laugh, and a moment later break your heart.”

Chuck Palahniuk was born on February 21, 1962, in Pasco (the USA). His parents, Carol and Fred Palahniuk, and their four sons lived in a mobile home in the outskirts of Burbank, Washington. When the boy was 14, the parents divorced. Carol’s parents who lived on their ranch in eastern Washington often took care of the children.

Chuck’s grandfather was a Ukrainian emigrant Palagnuk. In 1907, he moved to Canada and later to New York.

Chuch’s mother died in 2009 because of breast cancer. In 1999, the father and his girlfriend Donna Fontaine were shot by Donna’s ex-husband. In 2001, the criminal was condemned to death.

In 1986, Chuck graduated from the University of Oregon. The national radio station in Eugene became his first employer. As Palahniuk became a journalist, he wrote for the local newspaper in Portland and created truck repair instructions for Freightliner. In 1988, the young man wanted to learn life and became a volunteer; the job in a hospice followed. The communication with terminally ill patients reflected in Palahniuk’s works.

Chuck Palahniuk’s biography is rich in events. The man started writing books at 35. His first work “Insomnia: If You Lived Here, You'd Be Home Already” was unpublished; the next novel “Invisible Monsters” was not accepted by an editor who called the book too reactionary. Angry, Chuck wrote something really aggressive: it was “Fight Club” that told the story of a bored clerk and salesman Tyler who opened the world based on the philosophy of self-destruction.

Surprisingly, the editor liked the novel. The first version – the short story – was published in the magazine “Pursuit of Happiness.” The public reviews were positive, but the excitement faded soon. It was the 20th Century Fox screen adaptation that brought the book the real fame. David Fincher directed the movie; many stars, such as Brad Pitt, Edward Norton, Helena Bonham Carter, and Jared Leto, played in the movie. After the movie came out in 1999, the novel “Fight Club” was republished three times.

In 2002, the new novel “Lullaby” was released. The story of Palahniuk’s father’s tragic death became the leitmotiv of the book. In 2003, the surreal novels “Diary” and “Stranger than Fiction: True Stories” were presented. As the author was touring to promote his new works, he introduced the shocking short story “Guts” to the public; many people were losing consciousness while listening to it. In the same year, Palahniuk’s autobiographical novel “Fugitives and Refugees” came out; the book was the guidebook along Portland, the writer’s favorite city.

In 2005, the novel “Haunted,” the final work in the “horror trilogy.” The book was the series of novellas that trapped characters were telling. The novels “Diary,” “Lullaby,” and “Haunted” compose the trilogy.

In 2008, Clark Gregg’s movie “Choke” based on Palahniuk’s novel came out. Sam Rockwell, Clark Gregg, and Anjelica Huston starred in the project. The movie tells the story of a fraud who imitated sickness in restaurants and used kind people’s help.

In 2009, Chuck Palahniuk’s novel “Snuff” about a prostitute’s life came out; there was much sexually explicit content there. In 2011, the scandal broke in Turkey: the authorities accused the publisher of “Snuff” of releasing the book contradicting the moral values of the Turkish society.

In the same year, the novel “Pygmy” was out. The book focuses on the 13-year old boy who came from a totalitarian country to America during the exchange of students. Together with his friends, the teenager was organizing terrorist attacks. The quotes from famous totalitarian leaders, such as Adolf Hitller, Joseph Stalin, Mao Zedong, and others, were given in the text.

In 2010, the book “Tell-All” appeared in book stores. The novel describes the adventures of two actresses in the 1950s; the text is full of quotes, anecdotes, and humorous stories from the Hollywood life.

In 2011, the novel “Damned” came out. The idea of the book occurred to the writer due to his emotions provoked by his mother’s death. The novel tells the story of the 13-year-old girl, Madison, who suddenly dies and goes to hell. There, she learns that the scenario of life has been created by Lucifer. Critics and ordinary readers welcomed “Damned.”

In 2013, the sequel of “Damned,” the novel “Doomed,” was published. The author turned Madison from hell to the Earth as a ghost. Millions of people believed the capricious girl was a new Messiah. Just like the majority of Palahniuk’s books, the new novel was full of nasty words and scenes containing violence.

2014 was marked by the next book “Beautiful You.” The work provoked many critical reviews. A year later, the author’s collection of short stories “Make Something Up” appeared. The author described the flaws of the modern society and ironically, even cynically laughed at the American Dream.

Similar to all the recent works of the writer, “Make Something Up” was notable for the audience’s ambiguous opinions. Some fans accuse Palahniuk of the stylistic uniformity of his books; critics call his books sexist and nihilist.

In 2003, “Postcards from the Future: The Chuck Palahniuk Documentary” was presented.

There are many subscribers to Chuck Palahniuk’s website; the writer communicates with his fans and answers them there.

Chuck Palahniuk keeps his private life secret. Karen Welby’s interview published in “Entertainment Weekly” generated Chuck’s anger; he posted an audio file on his website to express his resentment. Palahniuk suspected the journalist of accusing him of latent homosexuality. In her article, Karen Welby disproved that Palahniuk was married – that information had been widespread in the media.

In fact, Chuck lives with the man whose name remains unknown. Later, Palahniuk apologized to the journalist.

Today, the author of best-selling books is openly gay. He and his partner live in the suburb of Vancouver, Washington, US.

The graphic book “Fight Club-2” created together with the comic book artist Cameron Stewart is one of the recent works by Palahniuk.

The list of the most awaited books-2017 included the collection of short stories with coloring “Bait: Off-Color Stories for You to Color.” The annotation warned that no calming effect should be expected of the book. The author of the comics “Hellboy” Duncan Fegredo, Joel Jones, Kirbi Fagan, Mark Sheff, and other illustrators worked on the project.

• “Six hundred and forty fish later, the only thing I know is everything you love will die. The first time you meet someone special, you can count on them one day being dead and in the ground” (“Survivor”)

• “Most of the laugh tracks on television were recorded in the early 1950s. These days, most of the people you hear laughing are dead” (“Lullaby”)

• “The unreal is more powerful than the real. Because nothing is as perfect as you can imagine it” (“Choke”) 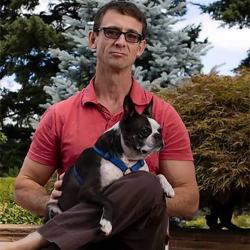