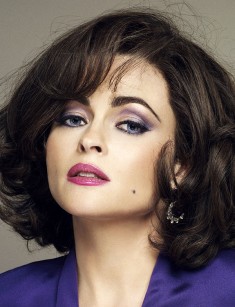 Helena Bonham Carter is a British theater, movie, TV, and voice actress who gained her popularity due to the main role in the psychological thriller “Fight Club” based on Chuck Palahniuk’s bestselling novel. Her celebrity status was strengthened by the fact that Helena Bonham Carter was the iconic director Tim Burton’s muse and appeared in the duo with Johnny Depp in almost every new movie created by the director. The actress was remarkable in the gloomy, crazy, and mystic roles that were characteristic of Burton’s works.

Helena Bonham Carter was born in a famous noble family in Golders Green. Helena’s ancestors were knights, lords, and barons. Her grandfather was the British Prime Minister Lord Asquith, and her grandmother was Baroness Bonham Carter. Just as any child of her social group, the girl went to the respectable Westminster school. Helena has two brothers, Edward and Thomas.

However, the noble blood and close connections to the high society did not save the family from the upcoming disasters. When Helena was 5, her mother had a nervous breakdown; it took her three years to recover. It is peculiar that she chosen the career of a psychotherapist after this event and even opened a small psychiatric clinic.

Later on, the father who was the famous banker fell ill: Raymond Bonham Carter was diagnosed with a tumor and got deaf because of it. After the surgery, he had a stroke and lost the ability to move without a wheelchair for a long time. To help their mother, the children left Westminster and moved to the house to return to the school in a while.

In 1979, Helena Bonham Carter won in the poetry competition with the poem “Grapevine” and received the award that she spent on her portfolio: after Helena watched the movie “The French Lieutenant's Woman,” she was eager to choose acting as the career. Thus, she needed a portfolio in order to present it to the casting catalog.

The young woman attracted attention quickly. Helena Bonham Carter’s movie career began when she turned 15: the young actress debuted with a small role in “A Pattern of Roses.”

The role in the movie “Lady Jane” was the first significant work of the actress. However, only the next project, “A Room with a View,” brought her the first fame. In 1986, the movie based on Edward Morgan Forster’s work was nominated for eight Oscar awards.

Famous directors started offering the actress roles in their projects. Helen starred in the melodrama “A Hazard of Hearts,” “Miami Vice,” “The Mask,” “Francesco,” and other projects. The movies “Twelfth Night” and “The Wings of the Dove” made the most significant impact on the beginning actress’s career.

Thanks to these roles, Helena got the image of the “queen of corsets” and “English Rose.” Although these projects brought Carter the Oscar and Golden Globe nominations, she was looking for her place in the world of the cinematography and wanted something more, so she moved to the USA and changed her image completely.

This transformation is particularly traced in the movie “Fight Club” that was released in 1999. The English actress played Marla Singer. The stage type change was so bright that the character of “Fight Club” was associated with Helena herself for a long time.

The actress created the eccentric, gloomy and macabre image of the gaga woman. This image attracted the director Tim Burton’s attention: he specialized on such enigmatic and a-little-coo-coo movies. After “Fight Club” came out, the Burton period followed: the actress starred in almost all new project of the director.

Later on, the successful work in “The Planet of the Apes” and “Big Fish” followed; the audience warmly welcomed both of them. “Live from Baghdad” proved to be the brightest work of that period: Helena Bonham Carter was nominated for the Golden Globe Award.

In 2005, the British actress played Mrs. Bucket in the movie “Charlie and the Chocolate Factory” which was highly appreciated by viewers. Bonham Carter became one of the most respected Hollywood stars.

On the wave of her success, Helena and the designer Samantha Sage created the fashion line “Pantaloonies.” In the same year, the actress appeared in the scandalous musical “Sweeney Todd: The Demon Barber of Fleet Street” presented by Tim Burton. Helene Bonham Carter played Mrs. Lovett, the bakery owner who was making the worst pies in London. The barber and murderer Sweeny Todd played by Johnny Depp opened his barber shop above her store. Mrs. Lovett not only helps the barber cover his tracks but also tries to gain her neighbor’s attention as she is head over heels in love with him.

The actress was nominated for the Golden Globe Award for this fascinating work. The small and important role in the action movie “Terminator” also contributed to the actress’s glory.

Later on, Helena strengthened her fame with the role of Bellatrix Lestrange in four Harry Potter movies released in 2007-2011.

In 2009, Empire included Helena Bonham Carter in the list of 50 sexiest female movie stars. The actress was number nine and outran many beauties. In 2010, she played the Red Queen in “Alice in Wonderland,” the creative interpretation of Lewis Carroll’s books.

The movie is notable for the extensive use of computer graphics that was necessary to create the fantastic scenery of the Wonderland. The Red Queen has unrealistic proportions: her head was of the same size as her whole body.

The actress did not reject the idea of playing in TV series. In the same year, she starred in the British series “Toast” based on the cook Nigel Slater’s autobiographical book. The TV series tells the story of the famous cook’s youth. Bonham Carter played the housekeeper hired after Nigel’s mother passed away.

Next year, the actress played in the wonderful movie “The King’s Speech.” The role of Elizabeth Bowes-Lyon brought the actress BAFTA and another Academy Award nomination.

In 2012, the actress appeared in Tim Burton’s new movie, the gothic tragicomedy “Dark Shadows.” The movie tells the story of a vampire (Johnny Depp) who had been cursed in the 18th century and woke up in the 1970s. The ancient vampire found his own estate owned by his heritors and tries to help them improve their lives while making an attempt to get rid of the witch’s curse that had turned him into a monster. Helena Bonham Carter played the minor role of the family doctor who seemingly wanted to help the vampire by blood transfusion. In fact, the eccentric scientist wanted to obtain the secret of the eternal youth.

In 2015, Helena Bonham Carter played the Fairy Godmother in the movie adaptation of “Cinderella.” Kenneth Branagh was the director of the movie. This is a family story; Helena appears in the unusual stage type as she plays a kind magician, not a crazy witch or a scientist as it used to be in Burton’s fantasy movies.

In recent years, the movies “Great Expectations” were the actress played Miss Havisham and “Les Misérables” where the actress personified Madam Thénardiers were among the brightest projects where Helena Bonham Carter took part. The biographical melodramas “The Lone Ranger” and “Burton & Taylor” have a special place in the actress’s filmography. In the latter movie, Helena played Elizabeth Taylor; Dominic West played her lover.

Helena Bonham Carter has been nominated for the Golden Globe Award seven times and twice for the Academy Award. The actress is the BAFTA laureate; she is justly considered one of the most famous Hollywood movie divas.

The actress met her colleague Kenneth Branagh at the “Frankenstein” movie set. However, this love affair did not last long: in 1999, the couple split up. Helena’s personal life was connected with the famous director Tim Burton. They began to live together since fall 2001 when they met at “The Planet of the Apes” movie set.

Initially, the couple lived in the neighboring houses in the Belsize Park District, London; they purchased Mill House in Sutton Courtenay that Helena’s grandmother Violet Bonham Carter used to rent. Two years after Helena and Tim started living together, their son Billy Raymond Burton was born. In 2007, the daughter Nell Burton was born; she was named after the character that Helena played during the pregnancy.

Johnny Depp who is the couple’s close friend became the children’s godfather. In December 2014, the public learned Tim Burton and Helen Bonham Carter broke up after 13 years of the married life. However, they remain friends for the sake of their children.

The break-up did not prevent the actress from collaborating with Burton at work. In 2016, the adventure fantasy “Alice Through the Looking Glass,” the sequel of “Alice in Wonderland,” came out. Tim Burton was the movie’s producer; Helena Bonham Carter returned to the role of the extravagant Red Queen.

The new movie tells the story of grown-up Alice and simultaneously presents the characters’ background. The Red Queen’s story is also told. With the help of the computer design, the Queen has a disproportionally huge head; the new movie demonstrated there were some reasons for that. The movie also showed the villain’s childhood where the roots of her offense at her own sister.

In 2018, the premiere of the crime movie “Ocean's 8” is scheduled. It is the spin-off of the famous movie series about the talented criminals.

Debbie Ocean (Sandra Bullock) us the main character of the movie. She plans a grand robbery and involves her friends in it, all of them being the recognized theft experts. Helena Bonham Carter got the role of Rose; Anne Hathaway, Cate Blanchett, and Rihanna also starred in the movie.

As soon as the movie was announced, it received ambiguous reviews. Some people were happy with the bright casting and new plot engaging adventuresses while others accused the movie creators of the radical feminism and disrespect of the original franchise; in addition, they said the new movie was to replace and even spoil the previous movies about Ocean. Still, “Ocean’s 8” is not the franchise restart. It is a spin-off: although the name “Debbie” is similar to “Danny,” the new character is not the female version of the male character – she is the famous thief’s sister. 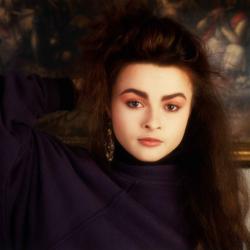