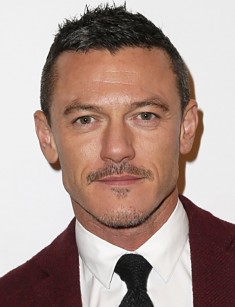 Luke George Evans is a British actor, who became famous for popular films The Hobbit: The Desolation of Smaug, Dracula Untold and Fast & Furious 6, where he played the role of the main antagonist.

Luke Evans was born in Wales, in the city of Pontypool. However, he lived in a small quiet town of Aberbargoed. The father of the future star, David Evans, was engaged in construction, and mother Yvonne was a cleaner. Luke was their only child, and they tried to bring him up according to strict religious principles. The fact is that the father and mother were members of the international religious organization Jehovah's Witness and tried in every possible way to instill in their son respect for the principles of this community.

But everything turned out the other way. By the age of 16, Luke Evans was completely disappointed with the Christian faith. He declared himself an atheist, took his things and left for the capital of Wales Cardiff. There, the young man decided to take singing and acting lessons, in order to perform on the professional stage. Since he had to pay for courses, rent a flat and buy the most necessary things, Luke Evans took a job as a salesman in a shoe store. It must be said that Evans never avoided a rough work and he even helped his father at the construction site in his native town.

Thanks to the supervision of his singing coach Louise Ryan, the young man won a scholarship to study dramatic art at London Studio Centre, then in Kings Cross in 1997, and successfully graduated from it in 2000. The new artist was in high demand for theater productions of London's West End.

Luke Evans participated in many productions for eight years, including such smash hits as Taboo, Piaf, Rent, Small Change, Miss Saigon and many others that became famous not only in the UK but also abroad.

The representatives of the British film studio noticed Luke Evans on the theater stage, and in 2009 the actor began a successful career in the cinema.

Luke Evans’s first minor role was Clive Richards in the musical biographical drama Sex & Drugs & Rock & Roll about the founder of the British punk movement Ian Dury. Then the actor took part in the adventure film Robin Hood with Russell Crowe and the fantasy action movie Clash of the Titans with Liam Neeson. Luke Evans appeared in the role of the handsome god Apollo in the film Clash of the Titans.

The actor received excellent reviews for playing in the comedy Tamara Drewe and the thriller Blitz. Luke Evans again played an image of the celestial in the fantasy thriller Immortals. He played the role of the Greek supreme god Zeus. And in 2011 he got the opportunity to work with such stars as Milla Jovovich and Orlando Bloom. They starred in the free screen version of the legendary novel by Alexandre Dumas The Three Musketeers, where he played the role of Aramis.

All these films, including the detective thriller The Raven, the criminal thriller Fast & Furious 6 and the dramatic television series The Great Train Robbery, brought Luke Evans great fame. But the real world fame came after the role of archer Bard in the fantasy films of Peter Jackson The Hobbit: The Desolation of Smaug and The Hobbit: Battle of the Five Armies.

The next famous film with Luke Evans was the mystical movie Dracula Untold, where he played the main character Prince Vlad III Țepeș, who, as fate would have it, turns into the vampire Dracula. It is interesting that Sam Worthington, the movie star of Avatar and Clash of the Titans, was originally supposed to appear in this role, but later the director and producer chose Evans. This film has made him even more famous all over the world.

The science fiction film High-Rise and psychological thriller The Girl on the Train can be distinguished among Luke’s last works. Both movies had good box office earnings and received good reviews. These films have also become interesting due to the fact that they were based on the novels that at some point were bestsellers.

Luke Evans’s latest work is the role of man in love Gaston who at the same time is not very romantic, in the Walt Disney film Beauty and the Beast, which was released in the spring of 2017.

At the beginning of his theatrical career, Luke Evans said to journalists of the print edition The Advocate that he was a homosexual. He explained the confession by the fact that he demonstrated to the public that way that you can do what you love, achieve success and at the same time remain true to yourself and live your own life. Luke Evans often emphasizes that he likes when people perceive him as he really is.

But it is worth saying that everything is not so easy in his personal life as he claims. Luke had the only officially confirmed love affair with the Spanish fashion model Jon Kortajarena. They dated for several years but broke up in 2015.

It is very interesting that the public at some time considered that Evans had a romantic relationship with his PR manager Charlotte Church. He also introduced childhood friend Holly Goodchild as his lover before the actor's public announcement about his orientation.

Later, he admitted that it was a kind of "cover story", but fans continued to see their idol with Holly many years after the scandalous confession. 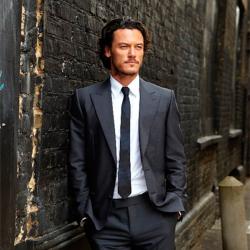