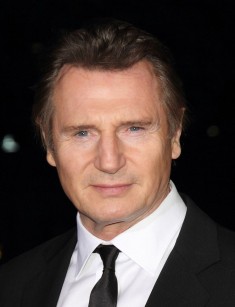 Liam Neeson was born on June 7, 1952, in Northern Ireland, in Ballymena. The boy was born in a poor family of religious Catholics. His father worked at a local Catholic school as a caretaker, and his mother was a cook. There also were three more daughters in the family. The name Liam is derived from the Irish name William. And Liam was also called a local priest, who was highly respected in Ballymena.

When Liam was a schoolboy, he was very interested in boxing. He often came home with injuries, including a broken nose, which made his mother very upset. But soon the guy achieved tangible success in this kind sport and even won the youth championship in his weight category.

Another hobby of Liam Neeson was theater. The young actor often played in small amateur troupes with other children. When Liam was 11 years old, he got the first major role in the school play. This was the beginning of his creative biography. Then the boy played during the school years, distracted only by boxing.

But he had no time to study. Somehow graduating from high school, he still was able to enter the Royal University of Belfast, where he studied physics and computer science. But soon the student was expelled. Neeson worked in a variety of casual jobs, from a fork-lift operator to a truck driver. But no matter how many jobs Liam changed, the theater remained his constant passion.

Liam constantly went to auditions and hoped to get to a theatrical troupe. He was taken but only for episodic roles. Only in 1976, Liam began working at the Belfast Theater. He played but not the best roles. Therefore, after a while, Neeson moved to another theater in Dublin. Here the actor was not very lucky but everything changed when he was noticed and invited by the film director John Burman. It can be said that it was Burman who opened Liam Neeson to the audience. Now the actor is loved by millions of people around the world.

Liam played Sir Gawaine in the film "Excalibur". This was not the main role, but still quite noticeable. The most significant in the "Dublin period" were roles in the films "The Bounty" and "The Mission" starring Robert De Niro.

In 1987, Liam Neeson decided that the closer he gets to Hollywood, the sooner he will succeed, so it happened. In the same year, the actor starred in the film "Person of Interest", where his partners were Cher and Quaid. The film received positive reviews from film critics and viewers.

In 1993, Liam Neeson received one of his most famous roles in the drama film by Spielberg "Schindler's List." It was this film that made the actor famous. Soon Neeson got "Oscar" and "Golden Globe" - the dream of all actors.

The film "Schindler's List" becomes the main work in the career of the actor. The actor became extremely popular after that film. It tells of the Second World War when the Nazis tried to completely destroy the Jews. Oskar Schindler, a member of the Nazi party, does not agree with the ideology of the Third Reich and intends to save as many people as possible from death.

Schindler took advantage of the situation that developed in the ghetto. He offers the rich Jews to produce goods on the territory of Europe since they cannot use money because of the prohibition imposed by the Germans. In return, they receive from the German industrialist the opportunity to exchange goods.

Soon Itzhak Stern, a local member of the Jewish Council, becomes the head of the company. Stern is not enthusiastic about working for the German entrepreneur, but he has no other way out of the ghetto.

Schindler and Stern create a list of workers who should avoid entering the Auschwitz concentration camp. Getting into the list of "qualified" employees of the company, people get a chance to stay alive.

Most of the workers in the Schindler factory successfully reached Zwittau-Brinnlitz. But by mistake, women and children were sent to Auschwitz. But a well-known industrialist managed to save them.

All his money Schindler spends on bribing Nazi officers. The money ended at the time when they announce the surrender of Germany.

The screen version of a real history was a real success not only for Liam Neeson but also for Steven Spielberg, who in the future tried to show more human tragedies in his works. It should be noted that the director approved the candidacy of Neeson for this role after Neeson’s play in one of the Broadway performances.

To consolidate success and prove that his popularity is not accidental, Liam Neeson succeeded the following year, when he appeared in “Star Wars: Episode I – The Phantom Menace”. And then the actor starred in a number of successful films: the comedy "Love Actually", "Kinsey" and the thriller "Taken” which collected $ 200 million at the box office. All these films brought Neeson fame.

"Clash of the Titans" is another notable work in the creative biography of Neeson. In the film, he played the role of Zeus (in Greek mythology - the god of heaven, thunder, and lightning), which was fighting against the god of the underworld Hades (played by Ralph Fiennes).

The most notable films of recent years are "Chloe", a thriller in which Liam Neeson played along with Julianne Moore, and the detective "Unknown" with Diane Kruger. The thriller "The Grey", released in 2012, where the hero of Liam Neeson confronted with wildlife and wolves in the snowy desert. This film keeps the spectator in constant tension. The Irish actor also played the role of a naval admiral in the action movie "Battleship".

The audience remembered the film "After.Life", where the partner of Neeson was the American actress Christina Ricci. The film "The Dark Knight Rises", in which the main role was played by Christian Bale, raised more than $ 1 billion at the box office.

Today, the actor received a big number of awards for his contribution to cinematography.

In 2016, the actor took part in the filming of films "Silence" and "The Voice of a Monster." Already in 2017 it became known that Liam Neeson will join the cast of the criminal drama "Widows". The film is based on the British TV series about women who decided to continue the criminal business of their husbands, who were killed during the robbery.

It is known that the writer Gillian Flynn, the author of the novel "Gone Girl", is engaged in scenario adaptation of the film. In addition to Neeson and Davis, the viewer will also see Elizabeth Debicki, Michelle Rodriguez, Cynthia Erivo, André Holland and other famous actors.

Surely, in the near future, the actor will also receive proposals from the directors to play the main roles in other promising films.

The first relations of Liam Neeson happened during the filming of "Excalibur". While working on the film, he met the already well-known actress Helen Mirren. Despite the fact that Helen was significantly older than Neeson, they began a romantic relationship. But their relations were dominated by the popularity of Mirren, her origins and wealth: Liam Neeson always felt him less significant. The couple broke up.

The British eventually married Natasha Richardson, the British and American actress of theater and cinema. They were an ideal couple. 15 years of marriage were not overshadowed by scandals or intrigues. In 1995, their first son Micheál was born. A year later, their second son Daniel was born. They say that it was really a strong union of two loving people.

Unfortunately, in 2009 there was a tragedy: Natasha a fatal injury on the ski track. Liam was at her hospital bed until the last moment. But the actor's wife soon died.

The man completely devoted himself to work and sons. Not so long ago, he began to appear at social events with beautiful women. But he was not going to marry any of them. Journalists of famous tabloids reported about the novel of Liam Neeson with the actress Olivia Wilde, as well as with the young American actress Kristen Stewart.

Repeatedly in the press, there was information that Liam Neeson converted to Islam. Western media actively published information about the new religious preferences of the famous actor, claiming that the Briton went through a ritual when he visited Turkey. There is no reliable information about this fact. Neeson's press secretary once commented on this issue, saying that the actor had never accepted Islam.

It is known that Liam has long paid attention to Islamic culture. The film actor studied various directions of Arab architecture, as well as was interested in the religion of Muslims. But there is no information that he made a decision to become a Muslim.

Many people have repeatedly noted that Liam Neeson looks like a Cuban revolutionary Fidel Castro. The fans of the British actor claimed that they are really similar. At the same time, another part of the viewers did not agree with this opinion.

• The Chronicles of Narnia: The Lion, the Witch and the Wardrobe

• Clash of the Titans 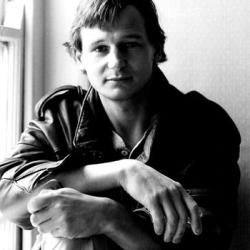