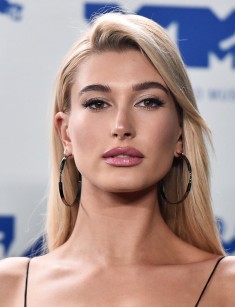 The beautiful young woman from the star family is Alec Baldwin's niece and Stephen Baldwin's daughter. Hailey is a star and model. She attracted the attention of the public after the love affair with Justin Bieber. The charm and charisma of the young lady have not left indifferent the hearts of fans who follow her pages on social networks.

Beautiful Hailey was born in Hollywood star family on November 22, 1996, in Arizona. The baby was the youngest daughter of Stephen Baldwin and Brazilian Kennya Baldwin. Stephen is one of four brothers who built an acting career. Hailey’s father has not become so popular as Alec Baldwin.

Despite this fact, the filmography of the actor is impressive. He was awarded by the National Board of Review of Motion Pictures for his role in the film The Usual Suspects (1995).

The girl’s mother enrolled her daughter in ballroom dance classes at the age of five. Hailey often admits that she still loves to dance. In addition to dancing, her imaginative nature showed herself in the theatrical activities. The young beautiful girl studied in a musical theater for seven years. However, she did not become a star of Broadway musicals, although she enjoys visiting them as a spectator.

The daughter of star parents went to school only until the eighth grade. According to the girl, it was difficult to be under the close attention of classmates and teachers, when most of her family were regular visitors of the red carpet. The girl decided to graduate, studying at home.

Being Alec Baldwin’s niece and Stephen Baldwin’s daughter, the young beautiful lady simply could not be unnoticed by the public. The girl did not want to be shy and to stay hidden. Since childhood, she attended social events and was used to cameras like her cousin Ireland Baldwin (Alec Baldwin and Kim Basinger’s daughter).

It's no wonder that both beautiful ladies are engaged in a modeling career and take advantage of their bright attractive appearance. By the way, sisters do not openly compete. But once Ireland wrote on Twitter that she was more beautiful and cuter than her cousin.

However, soon after that post, the girl tried to refute accusations of rivalry, explaining that it was just a joke. In general, the cousins get along well. In 2015, they made identical tattoos with their surname on the middle fingers of the right hands.

The interests, bright appearance, charisma, perfect parameters (Hailey's height is 171 cm, weight is about 54 kilograms) have determined the development of the future career. At the age of 15, she got an invitation to the first shooting. The debut on the catwalk was a little later. At 18, Hailey appeared at the Topshop show in London, after which she became the face of the brand advertising campaign.

It was followed by the high fashion brands shows of Dolce & Gabbana, Elie Saab, Tory Burch, Moschino, Prabal Gurung and Jeremy Scott. The model became the face of Tommy Hilfiger and Guess.

In addition to model contracts, Hailey also tried her hand at designing. The beautiful lady admits that she likes to invent new clothes. The result of her creative endeavors was the shoe collection for Public Desire and the collection of accessories for The Daily Edited. Hailey Baldwin has also released her own cosmetics.

Hailey said in an interview that she started dating boys early at the age of 12. Of course, these were childish innocent relationships. There are many boys among her friends. One of them was famous singer Justin Bieber. Young people have maintained friendly relations since the age of 13.

In January 2016, childhood friendship suddenly turned into something more. Justin broke up with Selena Gomez after two years of their relations. Soon the photo of a passionate kiss with Hailey appeared on singer’s page on Instagram. A little later, photos and videos of their vacation were published too. Hailey's page was filled with posts with Justin.

The couple’s relationships did not last long. Six months later, Justin and Hailey decided to break up. Bieber returned to the former girlfriend. It is worth mentioning that the friends have not lost a good relationship.

In 2017, there were rumors on the Internet about a new love affair of the young lady. The lucky boyfriend was Shawn Mendes, the Canadian singer, and songwriter. In August, the model attended Mendes’s concert, and in November the couple appeared together at the MTV EMA award ceremony.

The young people did not show on the red carpet that they had relations, the couple was not photographed together. But Shawn and Hailey did not hide warm feelings at the party after the award. However, there was still some doubt. But at the beginning of 2018, the paparazzi managed to take pictures of happy lovers spending time on a joint walk to Toronto. The couple's relationship became obvious.

By the way, the girl has admitted that Leonardo DiCaprio remains her idol. The model said in one of the interviews that one day the famous actor asked her mother out after meeting her at a restaurant. However, Stephen Baldwin's wife said that she was a married lady.

Besides love affairs with media personalities, Hailey is distinguished with a warm friendship with other stars. There are sisters Bella Hadid and Gigi Hadid, Kendall Jenner among her close friends.

In March of 2019 it became known that Hailey and Justin are together again and they have registered their relations. Though, for now they decided to postpone their wedding. According to the insider's information, at present Justin has depression and Hailey helps him to overcome it. They will celebrate their wedding later, when the singer feel better.

Nowadays, Hailey Baldwin continues to work successfully in the modeling business. Photos of the beautiful lady appear on covers of fashion magazines, the star becomes the heroine of interviews and society columns. In 2017, the American edition of Maxim magazine named the charming lady the sexiest woman of the year.

Being a model, Hailey constantly changes her appearance. The girl sometimes appears with long blond hair in a high tail during the shooting, or she wears her hair in a bob. Photos of new images, selfies, posts from vacations with friends appear on Instagram. There are more than 10 million fans on Hailey’s page. They follow the bright life of the favorite star with great interest. The model often delights fans with publications on Twitter. 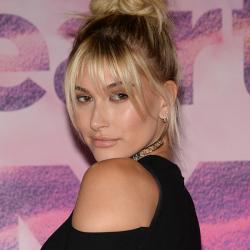