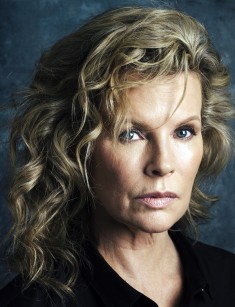 Kim Basinger is an American actress and model. Her most famous roles are Domino Vitali in "Never Say Never Again", Elizabeth McGraw in "9½ Weeks" and Vicki Anderson in the comedy "The Marrying Man". The actress is the winner of "Oscar" and "Golden Globe" for the shooting in the thriller "L.A. Confidential".

The actress was born in Athens, Georgia. Her father, Donald Wade Basinger, was a loan manager and also played in an amateur orchestra. His mother Anne Lee Cordell was a swimmer in youth, and then a model and an actress. She appeared in several films about "water musicals". Ann left a modeling career for the sake of the family and five children. Kimila had two older brothers - James Michael and Skip, as well as two younger sisters Ashley and Barbara.

Kim from the age of 3 attended ballet but she left choreography when she was a teenager. The girl was shy and quiet. Parents even took their daughter to a psych atrist, thinking that Kim had autism. The doctor found out that the girl's atypical behavior was caused not by mental disorders but by Puritan upbringing. Parents persuaded Kim to choose hobbies that will help her to become more open.

So Kim Basinger became a member of the school cheerleading team. From the age of 16, she began her career as a model and also participated in local beauty contests. In 1971, she won the title of Miss Georgia, moved to New York and completely focused on the career of a model, becoming one of the most successful girls in this business. Kim Basinger appeared on covers of popular magazines and in hundreds of commercials. She also became the face of the brand "BreckShampoo". Later, already becoming an actress, she appeared in the "Playboy" magazine.

In New York, in parallel with her job, Kim Basinger attended the acting school "NeighborhoodPlayhouse", as she understood that the career of a model was not so long compared to the career of the actress. In 1976, she left a model business and moved to Los Angeles to start acting in films.

In Hollywood, she began participating in television shows and daily series. A breakthrough in the creative biography of the actress occurred in 1983 when Kim Basinger played the girlfriend of James Bond in another part of the spy saga "Never Say Never." This film was the last appearance of Sean Connery in the role of James Bond.

In 1989, Kim Basinger played the role of a photojournalist Vicki Vale, the girlfriend of a superhero and a hunter for the Joker, in the comic film "Batman". Initially, Sean Young was approved for this role but before the shooting, she was injured riding a horse. Then the producers invited Michelle Pfeiffer. But later she refused, as she could not play along with Michael Keaton, with whom she broke up. Thus, the role went to Basinger and she coped with it excellently. The film was successful and influenced Hollywood, contributing to the development of such genre as blockbusters about superheroes.

In 1997, Kim Basinger appeared in the thriller "L.A. Confidential", where she played a fatal girl Lynn Margaret Brecken, who worked as a prostitute. Kim twice rejected the offer of the director Curtis Hanson to star in this film because she wanted to make a long break. But when she learned that her partners will be Russell Crowe, Kevin Spacey and Guy Pearce, she agreed. Later in the interview, she repeatedly said that this project was the most pleasant in her career. For this role, Kim Basinger received Oscar and Golden Globe.

In the new millennium, the actress continued starring in films. Kim Basinger played the first lady in the action thriller "Security" in 2006. In 2008, the actress played Laura in the film "The Informers", based on the collection of short stories by Bret Easton Ellis. It showed seven separate but interrelated stories.

In 2009, Kim played the role of a woman with many children in the drama by Guillermo Arriaga

"The Burning Plain". Jennifer Lawrence and Charlize Theron played the daughters of the heroine Kim Marianne.

In 2010, the actress played the secondary role in the romantic drama "Charlie St. Cloud", and in 2013, in the sports comedy "Grudge Match" with Robert De Niro and Sylvester Stallone in the main roles.

In 1980, Kim Basinger married a make-up artist Ron Britton, the son of a personal make-up artist of Marilyn Monroe. With her future husband, the actress met on the set of the drama "Hard Country". They lived together for 7 years, and officially divorced in 1989.

On the set of the romantic comedy "The Marrying Man", Kim began relations with her film partner Alec Baldwin. They had relations for 3 years and then got married. In 1995, their daughter Island was born. After the birth of her daughter, Kim quickly became slim again. It is more difficult for the actress to gain weight. Therefore, the woman soon returned to her usual weight of 56 kg. Basinger’s height is 170 cm, which makes the actress look great. Kim Basinger could start shooting and become popular again. But the actress decided to focus on her family and raising her daughter. She violated the contract with the film company “MainLinePictures” about filming in the criminal drama "Boxing Helena". As a result, the actress was fined for almost $ 9 million. It caused a serious financial crisis of Basinger.

Kim and Alec broke up in 2000, and two years later they officially divorced. It's interesting that both actress's husbands wrote books about their life with Kim Basinger and their break up. The memoirs of Ron Britton are called "Longer Than Forever", and Baldwin's memories - "A Promise to Ourselves".

Kim Basinger was the owner of the whole town Braselton, Georgia. She bought all the lands there but later the actress sold them out.

The actress is a vegetarian and an animal rights supporter. She was shot for the advertising campaign of the organization "People for the Ethical Treatment of Animals", which promotes an anti-fur campaign.

In 2015, there were rumors that the actress made a plastic surgery. Fans noticed that Kim Basinger's skin became unnaturally smooth, and facial wrinkles disappeared from the face. A year earlier, fans had discussed the appearance of the actress only in a positive way. They admired that Basinger was still beautiful at 60 years old. Even if the actress visited the specialists, until 2015, she was a beautiful woman. After a dramatic change in Basinger's appearance, the fans began creating photos with the actress "Plastic: Before and After" and showing how Kim has changed. Some of the media even brought the star to the list of plastic surgery victims.

But in December of the same year, these were new rumors. The media claimed that the actress had secretly married Mick Stone, her personal hairdresser. Paparazzi made photos of them and noticed identical golden rings.

In 2016, the actress appeared in the comedy detective "The Nice Guys". The film tells about America in the 70s and shows the forced cooperation of the private guard and an intelligent detective. The partners tried to investigate”the simple” case of the escaped girl but solved the major criminal conspiracy.

Basinger played the role of Judith Kattner, a member of the Ministry of Justice, who hired a private detective and a bone crusher to protect her daughter Amelia from the mafia clan of Las Vegas. The criminals have a plan to seize power in Los Angeles, and Amelia is involved in this. The main roles in the comedy were played by Ryan Gosling and Russell Crowe. In 2017, the actress appeared on the screens in a scandalous melodrama "Fifty Shades Darker," the sequel to "Fifty Shades of Grey." Both melodramas are based on the novels by E.L. James.

According to the rumors, James's novels are a fan fiction in the AU genre (that is, an alternative universe that allows to place popular characters in new scenery) to another controversial franchise “Twilight”. After the fanfics became famous, the writer changed the names but the characters and storylines remained similar.

In the new film, Kim Basinger performed the role of Elena Lincoln, the business partner and longtime friend of the main character Christian. The role of Christian, a billionaire with a strange hobby, was played by Jamie Dornan. The female role of a student Anastacia again went to Dakota Johnson. 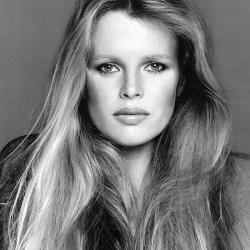