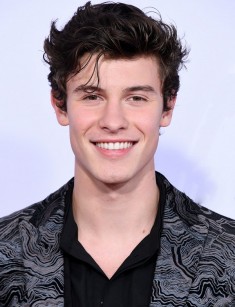 The Internet provides limitless opportunities: online education, tickets to any country, biographies of popular personas, and even the chance to become the icon of the young generation. The Canadian singer Shawn Mendes is one of the artists who earned their fame thanks to the global net.

Eventually, the couple moved to Toronto. Their first child, Shawn Peter Raul Mendes, was born on August 1998. Later, the boy got a sister, Aaliyah. Shawn is fond of her: the musician often publishes his sisters’ photos on social networks, devotes her Twitter posts, and calls her the closest person. The artist also has two cousins: Timera and Camilla.

In a while, the family moved to Pickering where Shawn attended the local school Pine Ridge. He was an average student. In 2016, when the young man graduated, he spoke of his teachers favorably and called them angels. The first tours distracted Mendes from his studies, and he had to gain the necessary knowledge and do his homework online.

Because the would-be artist was passionate about singing and playing the guitar, he was regularly laughed at by his classmates. However, the young man did not drop music. He was often listening to John Mayer when he was going to school or back. Shawn was also engaged in hockey and soccer.

Mendes did not consider the career of a singer in his childhood: he dreamed of becoming an actor and imagined himself as a magician with a magic wand made of a twig. The young man used to wear braces; his radiant smile captured the hearts of many fans later.

Shawn Mendes used the app Vine that helped record and share covers of popular songs. The next day after the young man presented his version of Justin Bieber’s “Boyfriend,” he had ten-thousand fan base; the further works brought millions of views and contributed to Mendes’s growing popularity.

Soon, the Magcon Tour organizer Bart Bordelon noticed the talented youth and began to collaborate with him. In 2014, Shawn signed the contract with the record company that also worked with Selena Gomez, Ariana Grande, PSY, Demi Lovato, and other stars.

Initially, the audience gave the debuting single the cold shower, yet it was appreciated later and took its position in Billboard Hot 100. The first album succeeded as well; it became platinum. The song “Believe” appeared in the Disney movie Descendants. By 2018, the music video Stitches had more than a billion views.

“Treat You Better” from the next album also broke a similar record. This work was the singer’s reflection on violence in relationships; it became one of the most popular YouTube videos. By the way, this video hosting had helped Shawn learn how to play musical instruments; he also used to upload his early works there.

Mendes was the opener for Taylor Swift’s concerts during her tour 1989. Together with Camila Cabello, the artist recorded a song.

It is challenging for Shawn Mendes to keep his personal life secret from journalists and fans. Once he sang a duet with the Cuban singer Camila Cabello, there were endless speculations that the young people were more than colleagues. The couple tried to answer journalists’ direct questions by jokes and did not give clear responses. One can only be sure the musicians admire each other as professionals.

Later, when Shawn and Hailey Baldwin visited social events together and went for a walk in the young man’s home city, the media believed the stars were dating. The artist denied the rumors and said they were only friends. Soon, the blonde came back to her ex-boyfriend; on September 13, 2018, they got engaged.

With all these hot news and reflection on the future lover’s image, the singer expressed his opinion: a perfect girlfriend would see him as a real man, not just a celebrity.

Those who suspected the musician of having a same-sex relationship (for instance, with Nick Jonas) were reprimanded by the artist:

“Now I'm not frustrated because people were saying that I was gay at all, I have no problem with that cause it wouldn't make a difference to me. I'm frustrated because in this day and age people have the audacity to write online that I'm gay as if it were a bad thing.”

In 2018, Mendes’s career is stable; the musician is popular and loved by the audience. His song “There’s Nothing Holdin` Me Back” won the prestigious Juno Award; the third album has been welcomed by critics and ordinary people. Shawn started working hard on his new tour.

At the same time, Shawn Mendes does not forget modeling. Emporio Armani chose the musician for the new smartwatch collection commercial. The man has all the parameters to make a good spokesperson: his height is 188 cm., and his weight is 83 kg.

There are some interesting facts about the musician: he loves watermelons and hates tomatoes. He is afraid of the ocean. Some fans surprise him: one of them gave him nuggets as a present, and another one asked permission to touch Shawn’s hair. The man has many tattoos; the image of an elephant is probably the most touching one: his mother has a similar tattoo on her arm. 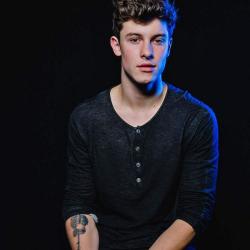