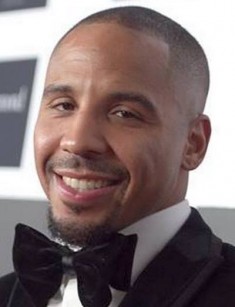 Before finishing his career, the professional boxer Andre Ward took the first place in the unofficial ranking of the best fighters of the ring, without taking into account the weight category. Not all the victories of the athlete were accepted unconditionally. He was called the Son of God.

Ward is the last American who won the Olympic Games in boxing. His name was put in one row with Oscar De La Hoya, Muhammad Ali and Ray Leonard.

Andre Michael Ward was born in San Francisco on February 1984. Boxer’s father, Frank, is an Irish American and his mother, Madeline Ervy Taylor, is an African American.

The family moved to Oakland. People were biased against people like him. However, Ward wasn’t a typical representative of his zodiac sign and didn’t want to go with the flow. If someone looked at Andre or, worse, tried to argue with him, he always could stand for himself.

Also, as for his famous namesake Micky Ward, for Andre, the sport has become a way of survival. The boy often had to fight at school, and his parents sent their son to the boxing gym. The first coach was his godfather Virgil Hunter. He still works with the boxer.

When Andre was 16 years old, he became the champion of America in his age category. According to the statistics of the battles, Andre had 110 fights. And he won 105 of them.

He attributes his self-described "formless" style to years of studying Roy Jones Jr., Bernard Hopkins, and Floyd Mayweather Jr. Ward also makes effective use of the jab to the body while out of punching range, uses the legs and left hook.

A new chapter in the biography of Ward was opened after the Olympics in Athens. At the 2004 Games, Andre arrived in the status of a dark horse and created a sensation. He knocked out Evgeny Makarenko, who was at that time a two-time world champion and the champion of Europe. After that, the American decided to turn professional.

The first fight in the professional ring was against Chris Molina, whom André knocked out in the second round. In the debut fight for the title of champion of North America according to the WBA NABO, Ward fought against Jerson Ravelo.

In 2005, there was the first knockdown in the career of the boxer from Darnell Boone. The fearless journeyman, who had fights against Gennady Golovkin, noticed that only GGG could win both Ward and Sergey Kovalev. And if he had to choose between Ward and Kovalev, Boone would choose the boxer from Russia.

The battle of Golovkin and Ward didn’t take place. Andre accused the team of the athlete that Gennady wanted to unify the titles and therefore planned the meeting only in 2018, whereas they had negotiations since the end of 2015.

The managers did not agree upon the fees. According to the American, he agreed to split fee in half, but the opponent refused without explanation.

In turn, Golovkin told that for Ward it was just a PR. "He fights with the fourth-fifth numbers and is no longer interesting." Moreover, it is not necessary to hurry up at least for marketing reasons.

In 2009, Andre won the champion belt according to the North American Boxing Federation. In the same year, he joined the elite of fighters performing in the Super Six World Boxing Classic series. On the way to the final, Ward defeated Arthur Abraham and Allan Green. The famous Russian commentator Vladimir Gendlin considered the fight between Abraham and Ward was one of the best during Super Six World Boxing Classic.

In November 2009, Andre won the first world title under the aegis of the World Boxing Association. Three battles for the title also ended in Ward's victories. Ward had two fights against the Colombian Edison Miranda, in 2009 and 2011. Andre won both battles.

He confirmed the status of the world star and won Chad Dawson, who tried to take away the titles of the magazine "Ring," WBA Super and the World Boxing Council. The contract with Roc Nation by rapper Jay-Z allowed receiving a fee regardless of whether he had the income from the tournament or not.

In late 2012, Andre was injured during the training. Shortly before that, before the fight against Carl Froch from the UK, Ward injured his left hand but won on points.

In a year Ward returned to boxing in another weight category. The boxer won the first fight against the Cuban Sullivan Barrera.

In 2016, there was a battle between Andre and the Colombian Alexander Brand, who took the 6th place in the WBC ranking. The fight lasted 12 rounds and ended with the victory of the American.

André Ward is the father of four children. His wife, Tiffany, was his classmate. She gave birth to the boxer’s three sons and a daughter. Andre calls his wife a real champion.

The Filipino champion Nonito Donaire and the Cuban Guillermo Rigondeaux are the friends of the American boxer.

In autumn 2017, Ward said he was leaving the sport. He set the record in 32 fights, half of which the boxer won. André found his mission in professional boxing performed. On the official website, the champion explained the reasons for this step: the desire to leave undefeated, physical fatigue and lack of motivation for further fights.

The WBC champion, Adonis Stevenson, did not believe that Ward retired. According to the boxer, Andre is too smart and was playing games. If he finds an opportunity, he will return.

The final fight in the career of Andre was a rematch with the Russian boxer Sergey Kovalev. Before the fight, Ward said that, with all due respect to Sergei, he would not go away without WBO, WBA, and IBF belts.

Sergey lost to the American twice. In November 2016, with a minimum loss on a decision of the judges and there was a technical knockout in June 2017. Ward posted photos from the last fight on the "Instagram," which caused rude comments from his opponent, who offered Andre to prove his championship once again.

After the fight, Kovalev called Ward the best among the dirty boxers. Ward was surprised by the news that Kovalev wanted to fight with him once again. According to the ex-world champion, it is just ridiculous talking about this, since Kovalev had chances to win.

The American TV channel HBO released the documentary, which tells about the competition of two heavyweights. According to another channel, ESPN, Ward received only a guaranteed fee of $ 6.5 million, excluding interest from ticket sales and broadcasting rights.

Andre refused to fight against the British boxer Tony Bellew. According to Vringe.com Ward was busy on the set of the sports drama "Creed 2" with Sylvester Stallone and Michael Jordan. Also, the ex-sportsman is the host of the show “The Contender,” where 16 boxers of medium weight are fighting for the prize of $ 1 million.

However, at the beginning of 2018, a promising post appeared on Twitter that the former light heavyweight "is preparing something special." According to the boxer, now his weight is 90 kg, and the height is 183 cm. Also, he is going to gain weight to get to the first heavy category.

According to Allboxing.ru, the fight between Ward and Tony Bellew is still possible, since it "promises big money." 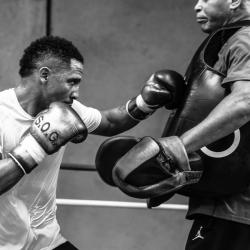