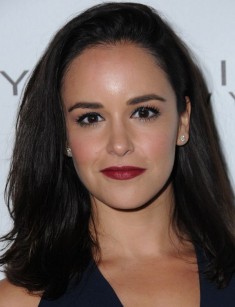 Viewers love, and colleagues appreciate talented and beautiful Melissa Fumero. Her fathomless brown eyes, perfect appearance, and distinct personality have won the hearts of millions of people. Her acting skills leave no doubt that it is a beautiful actress. The film industry recognized Fumero's contribution nominating her for the Imagen Foundation Awards and Screen Actors Guild Awards. She has also won the National Hispanic Media Coalition Award.

Melissa's nee is Gallo. The native of New Jersey is sometimes confused with the actress of the same name who played the wife of Josh Mostel’s hero in the melodrama Let It Be Me. However, the film was released in 1995, and Fumero was born in August 1982, thus at the time of filming she was only 12 years old.

The actress’s birthplace is Lyndhurst. Melissa is of Cuban descent. Father Carlos was an archaeologist, and mother Martha worked as a guide. The parents knew each other since childhood, but later they lost each other for some time when they went to travel across America. Having met again, they got married. Besides Melissa, the daughters, Johanna and Julia, and a son, Maximillian, grew up in the family.

The future actress was fond of music from childhood, learned to play the guitar, danced well and participated in school theater productions. On Sundays, she sang in the local church choir.

Fumero began her acting career in 2003. When Melissa received a Bachelor of Fine Arts in Drama from New York University, she was invited to shoot in the series One Life to Live. This family saga that showed a wide range of issues from racial prejudices to the LGBT communities has been broadcast on TV since 1968. The film won seven Emmy Awards and the GLAAD Media Award.

Melissa got a role in the series because she looked like Robin Strasser, known for the role as Dorian Lord. According to the script, Dorian pretended to be the mother of Fumero's character, Adriana Cramer, to receive her inheritance.

Subsequently, the directors changed the plot so that Melissa’s heroine became Strasser’s real daughter. So the actress appeared on the screen until the end of 2011. Fumero played the same role in the spin-off All My Children.

During this period Adriana Fumero played the bit part of Zoe in the series based on Cecily von Ziegesar’s youth novels entitled Gossip Girl. The film featured well-known stars the as well as beginning actors such as Blake Lively and Margaret Colin, Taylor Momsen and Kristen Bell.

In 2009, Melissa together with Gina Rodriguez and Josh Segarra starred in the little-known independent film Tiny Dancer.

Melissa’s character in the first wide-screen film Descent did not even have a name. But her partners were Rosario Dawson, the future Batgirl of the DC Comics universe, model and singer Marcus Patrick, who starred in one of the longest-running series Days of our Lives, and Chad Faust, the performer of the role of Kyle in the fantasy drama The 4400.

In the comedy, I Hope They Serve Beer in Hell, Fumero’s heroine had her real name. The film tells about a guy who tries to restore friendly relations with a friend after the title hero spoiled his bachelor party.

The title character of the series The Mentalist was an independent consultant for the Bureau of Investigation (Simon Baker), who solved a crime using Sherlock Holmes-like abilities. Melissa played a girl named Carmen Reyes in one of the episodes. Malcolm McDowell and Robin Tunney, Aunjanue Ellis and Brad Beyer, Angela Sarafyan and Patricia Rae also took part in the film. Stephen Gyllenhaal and Bruno Heller wrote the script.

In 2011, Fumero's filmography included one of the most successful series Royal Pains of the USA Network. It was followed by the work in the spin-off of the police procedural television series CSI: Miami entitled CSI: NY.

In 2013, Melissa joined the cast of the series Brooklyn Nine-Nine where she portrayed the detective of the police station of the same name. Fumero's colleagues on the set were Andy Samberg and Joe Lo Truglio. More famous Adam Sandler, Eva Longoria, Zooey Deschanel and Chris Parnell got bit parts.

Melissa is a benefactor. On her Instagram page, there are photos of friends, family members, and colleagues as well as the link to the site, where everyone can donate money to 8 organizations that help children, refugees and women. Fumero also has a Twitter account.

The young woman has a somewhat waifish figure because her weight is 58 kg with a height of 168 cm. At the age of 33, Melissa gave birth to a boy named Enzo. The father of the child and her husband is Cuban David Fumero. He is also an actor who played the cousin of his wife’s heroine in the film One Life to Live.

According to the actress, Melissa did not think that she would marry a Hispanic. However, later, she understood that it was good because they had a lot in common. The actress admitted that the news about her pregnancy was a surprise. For the first three months of her pregnancy, the future parents just tried to realize it.

Fumero considers the colleague in Brooklyn Nine-Nine, Andy Samberg, to be her friend and just a right person. In her spare time, the actress does yoga or watches the UEFA Super Cup matches.

In 2017, Melissa appeared in Gordon Ramsay’s reality series Hell's Kitchen, as well as in the web series Mourners, Inc. That year the beautiful American lady played in the short drama DriverX with Patrick Fabian and Tanya Clarke.

The sitcom Brooklyn Nine-Nine, which won two Golden Globe Awards, aired on the FOX channel. But by May 2018 the producers decided to close it. However, they asked fans not to worry because, in the future, Fumero and other actors could appear in the streaming service NULU, as well as on the TBS or Netflix channels.

A little later it became clear that the NBC channel saved the series, ordering to create the sixth season with 13 episodes. The head of the NBC Entertainment Robert Greenblatt said that he regretted the sale of Brooklyn Nine-Nine to FOX, but

"it came back to its rightful home."

In July 2018, the actors visited San Diego Comic-Con International where they told fans how they worried about the end of the series and were happy to find out about its continuation. 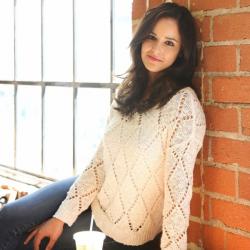