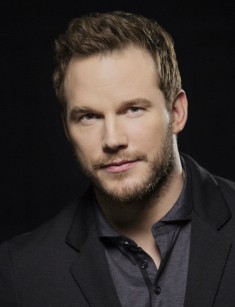 Christopher Michael "Chris" Pratt is an American actor who made a breakthrough thanks to such films as Jurassic World, Guardians of the Galaxy and The Magnificent Seven. He was also nominated for a prestigious film award for Choice Animated Movie: Voice for The Lego Movie.

Christopher was born in Virginia, Minnesota. His mother, Kathleen Louise Indahl, was a sales clerk at a Safeway supermarket, and his father, Daniel Clifton Pratt, worked at a gold mine and later became a builder and reconstructed old buildings. Chris was the youngest of three children in the family; he has a brother and sister.

Later, the family moved to Washington State, and the future actor grew up in the town of Lake Stevens. As a teenager, he was very interested in sports, especially wrestling, and even placed fifth in a high school state wrestling tournament. There were the most promising wrestlers from all over the United States.

Thanks to his sporting success, Chris Pratt was accepted to college, but he studied until the middle of the first semester. The study was so uninteresting for the young man that he dropped out of the college and found a job of a ticket taker at the door of a cinema. Later, the young man worked as a security guard and even a stripper, but in the end, he turned out to be homeless.

Chris lived on the beach in a tent camp along with similar adventurers. He occasionally had part-time work to task, but mostly spent time entertaining. One day Pratt met actress Rae Dawn Chong, who took the 19-year-old guy to a film studio.

Chris Pratt made his debut in the American TV series Everwood, followed by a few other works in television projects. Only four years later, the actor starred in a full-length film, the comedy film Strangers with Candy. Then Chris could have played a leading role in James Cameron’s fantasy action movie Avatar. But at the last moment, the director chose Sam Worthington. However, Pratt filmed in the melodrama Bride Wars, the thriller Jennifer's Body and the grotesque comedy Take Me Home Tonight.

Chris’s attitude towards his weight is very unusual. The fact is that the actor lost 14 kilograms for the sake of the sports drama Moneyball. By the way, this role made him very famous. The same year, Pratt gained a dozen extra pounds for shooting in the melodrama 10 Years, and later he gained weight again at the request of the director of the next project. The actor normalized his weight only before the shooting of the film adaptation of the Marvel comics "Guardians of the Galaxy." Today, the actor weighs 97 kg with a height of 189 cm.

In the blockbuster Guardians of the Galaxy, Chris Pratt played the leading role of the adventurer, Star-Lord. In the story, Pratt’s hero meets other ambiguous characters. They unite in a galactic prison and become the guardians of the power that can both destroy and save the Universe.

In the remake of the legendary western The Magnificent Seven, the actor played the role of Joshua Faraday. The Japanese cult director, Akira Kurosawa, filmed the Japanese legend about the seven samurais, and famous John Sturges adapted it to a western in 1960. The seven title characters defend the town from a gang of bandits as well as in the legend.

Then Chris Pratt included in his filmography the fantasy melodrama Passengers, where the actor’s partner on the set was Jennifer Lawrence. Despite the famous duet, the film cannot be called a breakthrough. Critics mentioned a boring plot filled with clichés and platitudes. But the main problem was the ideological subtext, which was also criticized.

Pratt and Lawrence’s characters are flying in hibernation pods on a sleeper ship to a new land-like colony. But the breakdown of the system wakes Pratt’s hero up, and he decides to wake up the girl he likes, depriving her of the opportunity to fly to the colony and live the rest of her life there.

Therefore, critics and the public stressed that the story of Passengers presents selfishness and personal violence in a positive light, as well as romanticizes such actions and calls to forgive them and even consider them to be love.

In 2004, Chris Pratt met Canadian actress Emily VanCamp, and they fell in love. The young people dated for more than two years, but in the end, this relationship ended.

Later, the actor met Anna Faris on the set of the film Take Me Home Tonight. Their love affair developed rapidly, and in less than a year, the man made her a marriage proposal. The couple lived together for eight years. The family had a son, Jack. For a long time, journalists and fans called Chris Pratt and his wife the strongest couple in Hollywood.

It's funny, but there is one more “actress” in the family. Christopher's cat, Mrs. White, played the role of the cat, Snowbell, in the children's film Stuart Little.

But even such a strong marriage can suddenly break up. In the summer of 2017, the actors shocked the fans with this news. The former married couple stated openly about the divorce, but neither Chris Pratt nor Anna Faris commented on the reasons for the separation. Anna Faris was the first to write about the divorce on her official Instagram page, but there were both names of the actors below. The message said that Faris and Pratt had wanted to separate long ago, but for some time played nice for the sake of their son.

Hardly had the actor taken advantages of a bachelor’s life than the criminals and scammers used the new status of Chris Pratt. In December 2017, the actor asked his fans to regularly check whether the pages of their idols on Instagram, Facebook, and other social networks were verified or not.

The actor had to write such a message after an unpleasant situation. The attackers created many fake accounts, and on behalf of the actor, wrote to Pratt’s minor admirers to get to know them better, send nude photos or start sexting.

Nowadays Chris Pratt’s acting career has a period of franchises and a return to recognizable roles. In 2017, Chris Pratt reappeared as Star-Lord in the sequel to The Guardians of the Galaxy. In the new film, the team of heroes continue to save the world and get into troubles, and also look for an answer to the central question of the heroes and viewers: “who is the father of Star-Lord.”

In 2018, this trend has only intensified. This year has brought the sequel to Jurassic World, the bright role of dinosaur trainer, Owen, and the role of Star-Lord, Peter Quill, although he has not played it in the ordinary Guardians of the Galaxy, but in the blockbuster of a different franchise. It was Avengers: Infinity War.

Both Avengers and Guardians of the Galaxy are the screen versions of the Marvel comics. Thus, having the rights to the characters of two franchises, the company snatched an opportunity to show a global confrontation where two teams of superheroes will unite to the delight of viewers to resist the universal evil.

In the new film, the storylines of both franchises are intertwined. It shows the interconnection of space artifacts and worlds on different planets. 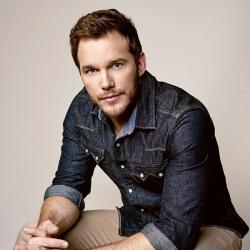