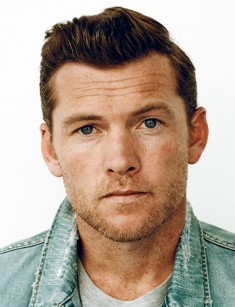 Sam Worthington is a famous actor who became well-known for James Cameron’s fantasy film Avatar. He also participated in such films as Man on a Ledge, Clash of the Titans, Terminator Salvation and other remarkable movies.

A son named Sam was born to electrician Ronald and his wife Jeanne in the summer of 1976, in the provincial town of Godalming, Surrey, in South East England. While the boy’s father worked at the station, his mother kept the house and raised the children (Sam has a sister, Lucinda). When the future actor was quite small, the family moved to Rockingham, the suburb of Perth. Therefore, the subsequent childhood memories of the actor are strongly connected with sunny Australia.

From childhood, Samuel Henry John Worthington (full name of the actor) was fond of acting. The young man was a member of the theater club of the John Curtin College of the Arts. He participated in both classical productions and fairy tales with a modern twist. However, the young man did not think about a career in cinematography. He began to attend a drama class only to get acquainted with girls. Worthington was not a diligent student, so the young man did not manage to graduate.

Sam's parents were not pleased that their son dropped out of college, so Ronald gave $ 400 to his beloved child and sent him on a one-way trip to Queensland, telling him to "work his way home." Thus, by a twist of fate, the ambitious young man went to Sydney, where he worked on construction. At the age of 19, while working as a bricklayer, by happy fortune, Sam auditioned for the National Institute of Dramatic Art, where Cate Blanchett, Toni Collette, Mel Gibson, and Baz Luhrmann had previously studied.

According to rumors, it was a love affair with a girl, who dreamed of becoming an actress, which compelled the young man to file documents. However, Worthington’s beloved woman failed the entrance exams, but Sam was accepted. The actor recalled that he did not go deep into the subjects, preferring to be a slob. He sometimes skipped classes and had fun with his friends.

The directors could not but notice the stately young man (Sam’s height is 178 cm), so after graduation, the young man began his acting career in Australian TV series. But initially, as often happens, Worthington played bit parts. Thus, he appeared in Blue Heelers, JAG, Water Rats, and other film series.

In 2000, Worthington made his debut in a full-length movie. It was Dein Perry’s movie Bootmen, which tells about steelmaker Sean (Adam Garcia), who deserves more from life because he is a dancer at heart. Only the tap dance show can help to find the right direction in his life. In this film, Sam played Mitchell, the brother of the title character. Two years later, he appeared in Gregory Hoblit’s war drama Hart's War, where Worthington was lucky to work with outstanding actors such as Bruce Willis, Colin Farrell, and Marcel Lureş.

In 2002, Sam also appeared in crime comedy Dirty Deeds. The plot of this movie centers on the confrontation of the Australian gangster, Barry Ryan, and the American Mafiosi, who decided to get his hands in someone's pockets. However, the US gangsters are not doing very well, because veteran Tony, who are tired of the criminal life, and his colleague, hot-tempered and reckless Sal, are sent to fight against the Sydney manager. In addition to Worthington, Bryan Brown, Toni Collette, Sam Neill, and John Goodman appeared in the film.

In 2003, Sam played the leading role of Barry Wirth in the delinquent comedy Gettin' Square. The story tells about former prisoners who are trying to start with a clean sheet. But, when the title characters feel the taste of freedom, they understand that it is hard not to break the law again.

In 2004, Worthington changed the genre of movies and appeared in the romantic melodrama Somersault. The story shows the relationship of a girl who ran away from her parents, and adult farmer Joe. For this remarkable work, Sam won the AFI Award for Best Actor in a Leading Role. The same year, the actor participated in the series of the same genre, Love My Way.

In 2006, adventurer Sam tried to have Lady Luck on his side at the audition for Martin Campbell’s action movie Casino Royale. But, fortunately, or unfortunately, Worthington was not destined to play James Bond, because Daniel Craig got this role. But the actor participated in the crime action movie Macbeth (2006), the plot of which is the modern adaptation of Shakespeare’s play.

Three years later, Worthington appeared in the cult sci-fi film Terminator Salvation. In this movie, the actor portrayed Marcus Wright. Surprisingly, Arnold Schwarzenegger did not play in the fourth part of the cybernetic franchise, but actors Christian Bale, Moon Bloodgood, and Anton Yelchin appeared there.

The most memorable film in Sam’s filmography is considered to be James Cameron’s fantasy film Avatar (2009), where the actor got the leading role of Jake Sully (Chris Pratt also auditioned for it). It was this movie that gave the young man a ticket to the big screen.

Cameron did not want to increase the film budget, so he was looking for a little-known actor, and Worthington ticked all the boxes. He did not play in Hollywood, but lived in his car and was strapped for cash. It is known that Sam was invited to the auditions by phone. The caller did not say the name of the director and did not tell the plot, so the actor did not even know how important this call was for his future career.

Journalists know at least two love affairs that have been in the life of the charming actor. Since 2005, he dated Maeve Dermody for three years, and later his girlfriend was Natalie Marks, but their relationship ended.

In 2014, Worthington made a marriage proposal to model Lara Bingle, and the blonde agreed. In 2015, the first child, Rocket Zot Worthington, was born, and a year later they had the second child, Racer. Unlike her husband, Lara is an avid Instagram user, and she sometimes posts family photos.

It is also known that Sam has poor eyesight, but he does not wear glasses and, surprisingly, hates sports and does not go to the gym.

In 2017, the actor pleased his fans with the participation in the films The Shack and The Hunter's Prayer.

According to rumors, he will also appear in the movies Alive Alone, The Titan, Thunder Run and will play in the second, third and fourth parts of Avatar. The next sequel is scheduled to be released in 2020. 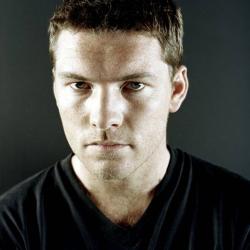