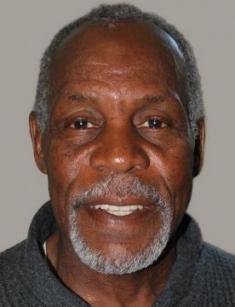 Danny Glover is an American actor who began an acting career in the late 1970s. He is known for the movies Bad Asses, Gospel Hill and others. As an executive producer, he worked on the project Deadly Voyage in 1996. He was the UN Goodwill Ambassador who fought against apartheid in South Africa.

Danny Glover was born on July 22, 1946, in San Francisco, USA. The parents of the future actor, Carrie and James Glover, were postal workers. The Glovers were active in the National Association for the Advancement of Colored People (NAACP) and fought for equal rights. The family influenced Danny significantly and encouraged his struggle against apartheid and inequality.

Danny attended George Washington High School in San Francisco, then entered the university in the late 1960s, but did not graduate from it. Glover's first work was not connected with the theater. The future actor worked in the city administration.

Danny Glover was deeply concerned about social issues and perceived art, in particular, acting, as a way to convey specific ideas, to bring about understanding and to deal with social problems.

Glover studied at the Black Actors' Workshop of the American Conservatory Theater. Then he began to attend the Shelton Actors Lab in San Francisco, where he continued to study acting under Jean Shelton. When he was a well-known actor, Glover said in an interview that he owed most of his success in the film industry to Shelton.

Having decided to devote his life to acting, Danny Glover resigned from his post in the city administration and began a theatrical career. Soon, the actor moved to Los Angeles, where he got great opportunities. Glover's acting career took off there, and he soon began playing in movies.

One of the first movies with the participation of Danny Glover was Escape from Alcatraz (1979), in which the actor appeared as a prisoner. In 1987, the first movie in the Lethal Weapon franchise was released, in which Glover played Sergeant Roger Murtaugh. The actor returned to this role three more times, in sequels released in 1989, 1992 and 1998.

Roger Murtaugh is a police detective who has to investigate the suicide of his colleague’s daughter. The girl jumped to her death from the hotel balcony in the middle of the night. Her partners are Martin Riggs, a sociopath with suicidal tendencies, and no one wants to mess with him. Mel Gibson played the role of Riggs. The girl’s suicide turns out to be a murder which involved influential people and drugs.

In 1990, the fantasy thriller Predator 2 was released, in which Glover played the role of Lieutenant Mike Harrigan, the main character. The lieutenant comes to the shootout between the bandits and the police.

The hero performs his duty of covering up his colleagues and kills bandits when it turns out that someone hunts the criminals. An unknown alien killer hangs corpses upside down and uses a spear made from an unknown metal.

In 1997, the crime drama Switchback was released. Glover played Bob Goodall who at first seemed a friendly guy but then turned out to be a serial killer. Another character, Lane Dixon (Jared Leto), gets in Bob's car. The guy hitchhikes and does not suspect that he will be drawn into the confrontation of the maniac and the policeman, whose son was kidnapped by the criminal.

The same year, the comedy Gone Fishin' was released, in which Danny Glover and Joe Pesci played two friends who decided to go fishing. As a result, the heroes steal a car, lose a boat, and become embroiled in the affairs of a swindler.

In 2012, Danny Glover played himself in the documentary Casting By. The film is dedicated to the profession of casting director and his role in the film industry. The movie featured ten Hollywood stars who owed their brilliant career to casting directors. In addition to Danny Glover, actors Al Pacino, Robert De Niro, Woody Allen, and others.

Then the series Touch premiered, in which Danny Glover played the role of Professor Arthur Teller. The professor examines Jake, the son of the protagonist, who has autism and concludes that the boy has extraordinary analytical skills and can predict the future.

During his career, Danny Glover has starred in more than a hundred movies but has never won an Academy Award. But the actor has repeatedly been awarded for his social activities and roles by NAACP. He was awarded the Ordre des Arts et des Lettres (Order of Arts and Letters) in France and was honored with the Order of the Companions of O. R. Tambo in South African for promoting ideas of peace and international solidarity.

From 1975 to 2000, the actor was married to Asake Bomani. The actor met his future wife at the university, and a year after the wedding, the couple had a daughter. In 2000, Glover divorced his first wife, and nine years later he married again. His wife became a Brazilian teacher, Eliane Cavalleiro. Eliane already had her children when she married Glover.

As a child, Danny Glover had epilepsy, but he has not suffered a seizure since the age of 34. People are not aware of any other health problems of Glover.

The actor is 6.29 ft. (192 cm) tall, and his weight is 174.16 lbs. (79 kg). You can learn about the latest news of the actor’s life on his Twitter account. Danny Glover does not have a page on another popular social network, Instagram.

As of 2019, Danny Glover has a net worth of $ 40 million. The actor earned the highest salary for shooting in the series Lethal Weapon and the film The Color Purple.

One of the latest projects in which the actor took part is the action movie Death Race: Beyond Anarchy. The plot of the film focuses on an illegal race, which is held in prison every six months, where prisoners took power into their own hands.

The winner of the race becomes the prison’s king. Throughout the years, the same thug, who has established a dictatorship in the jail, has defeated the others. Even special forces soldiers cannot cope with the prisoners. Danny Glover portrays Baltimore Bob, one of the leading roles in this movie.