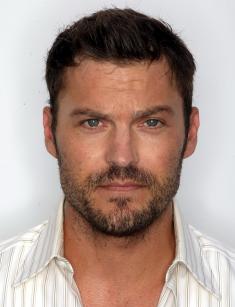 Brian Austin Green is a popular American actor who became famous for the series Beverly Hills, 90210, Smallville, and Terminator: The Sarah Connor Chronicles. He is the husband of the actress Megan Fox.

The future celebrity was born on July 15, 1973, in Van Nuys, Los Angeles, California. The boy’s parents, Joyce and George Green, were musicians who performed in the genre of country. Besides, the father appeared in westerns and took his son to movie sets. Thus, Brian got interested in cinematography early.

The young man graduated from Hamilton High School and North Hollywood. When the actor joined Screen Actors Guild, he took the name “Austin” because his namesake had already been registered.

Green debuted in cinematography when he was a teenager: in 1985, he got a role in The Canterville Ghost. Several years later, the young man participated in an episode of the TV series The New Leave It to Beaver and Highway to Heaven.

1986 brought the breakthrough: the actor gained the role of Brian Cunningham in the series Knots Landing (1986-1989).

In 1987, Green appeared in two episodes of Small Wonder. In 1989, he was invited to Baywatch with legendary Pamela Anderson. The next year, the artist personified Mr. Klinger in a couple of episodes of The Green Man.

In 1990, the young actor became famous: he succeeded in the auditions for the youth series Beverly Hills, 90210 and got the role of David Silver. The project lasted for ten years, and Green never stopped working on it. The series changed Brian’s life. He even took away his second name and started building his music career with a rap album which, however, was not much popular among the audience.

At the same period, the artist found some time to work on movies. In 1990, he played Metal Louie in Kid, and the next year was marked with small roles in An American Summer and Kickboxer 2: The Road Back.

In 2002, three movies with Brian Austin Green came out. The Killer Next Door brought the role of Stanley. In Purgatory Flats, the actor played Randy Mecklin, and Bleach gave him the role of Zach.

In 2005, the biographical drama Domino about the bounty hunter Domino Harvey was released. Keira Knightley played the main character; the movie also starred Mickey Rourke and Édgar Ramírez. Green appeared in an episode and played himself. The same year, the actor participated in the TV series Freddie.

Green is famous for his role of Derek Reese in Terminator: The Sarah Connor Chronicles. While he was a guest actor in the first season, he joined the lead cast in the second one.

Brian worked on several episodes of the Superman series Smallville and personified John Corben. In 2010-2011, the artist played Keith Watson, the young lover of Bree Van de Kamp’s character in the series Desperate Housewives. In 2012, Green received the roles in the series Anger Management and Happy Endings.

Before the actor met Megan Fox, he had many romances. In the early 1990s, he dated Tori Spelling and Tiffani Thiessen; later, Vanessa Marcil became his girlfriend. Brian met these women at the movie set of Beverly Hills, 90210: the actresses played his character’s lovers.

In 2004, the actor started seeing young Megan Fox. Their relationship was complicated at first. By that moment, Megan turned 18, and Brian was 13 years older. In 2009, the couple broke up for a while. Rumors had it that the Bling Ring criminal group with Megan Fox intruded to Brian’s house.

In summer 2015, Megan Fox filed for divorce with Green and explained it by irreconcilable differences. In return, the actor applied for child maintenance: Fox earned more than her husband. Later on, the news about the actress’s pregnancy was announced. She confessed that Brian Austin Green was the third child’s father. As a result, she dropped the lawsuit.

The paparazzi took pictures of Brian and Megan when they were walking with their kids; Noah was wearing girls’ clothes. The couple commented that there were no taboos in their family and their son could wear anything he wanted: childhood was supposed to be fun.

The father of four boys mentioned that he wanted to have a daughter.

In 2012, the journalist Delbert Shaw accused Green of attacking the paparazzi. The actor claimed he was protecting his family’s private life: he was furious with journalists’ regular attempts to interfere with his family life. Eventually, Shaw’s suit was denied.

Unlike the majority of his star colleagues, the actor has no Instagram account: he covers his personal life from others.

Nowadays, the artist is a happy husband and father of four children.

In 2017, the action movie Cross Wars came out. Brian played the main character, Callan, who fought against evil. 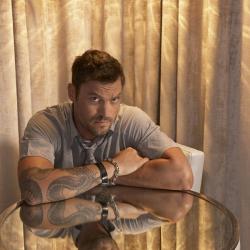